Invasion of Normandy: Largest Amphibious Invasion That Probably Changed the Course of History The invasion of Normandy is a significant event that changed the course of World War II. It was the first time the Allied countries were able to threaten Germany’s control. For Europe, this would mean freedom from Nazi control, whereas for Hitler this would mean the beginning of the end of the Third Reich. This invasion was, and also impressively, still is the largest seaborne invasion in history.

The goal of the invasion was to liberate France and the rest of Western Europe from the German captors. Majority of the troops were from USA, UK and Canada and there were some troops from Poland, Belgium, Czechoslovakia, Greece, and the Netherlands. The invasion was being considered since America entered the war in 1942, and finally started being planned in August 1943 during the Tehran Conference in Iran.

Through eyes of the allies 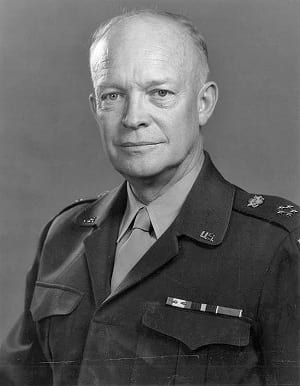 The invasion of Normandy, codenamed Operation Overlord, is the perfect exhibit of impeccable and thoughtful planning. The Allied countries, led by Supreme Allied Commander Dwight D. Eisenhower, did not leave even the smallest detail unplanned.

They planned the day of their invasion in accordance with the phases of the moon; full moon would provide illumination during the night for aircraft and gliders, and it would also provide for the maximum tidal force during spring tides to reveal obstacles that the Germans would have placed for them.

The perfect day came on 6 June 1944, even though the weather on the days prior to it made it seem like the attack would have to be cancelled. The weather was in such a terrible state that many of the German troops and senior officers, including Field Marshal Erwin Rommel, were on leave because they believed that an attack would be impossible in these conditions.

Apart from planning the real invasion, Eisenhower also planned numerous deception tactics. Operation Fortitude was a deception strategy to convince German High Commander that the attack on Normandy was going to be purely diversionary by creating an appearance of attacks in different locations like Pas de Calais. Double cross agents were also employed to persuade the German High Commander of deceptive plans, and also to gather information from the inside. The work of these agents coupled with Operation Fortitude was very effective for their upcoming invasion.

Eisenhower also planned a rehearsal of the invasion, called Excercise Tiger, so that his troops could adjust their sight, smell, and sound to the naval bombardment. Due to a miscommunication regarding the timing of assault, at least 700 American men were sacrificed in friendly fire. Though this rehearsal did help solidify the mock plans and word of the agents. Another innovative deception they carried out was dropping dummies from aircraft that actually contained explosives. The meticulousness does not stop there, Eisenhower also made the troops practice blowing up professionally engineered replicas of defence items for months before the real invasion; all the intricate details of which they knew about from their cross agents.

The plan for the real invasion was to attack five of Normandy’s beaches. They were codenamed and assigned to a country for sea landings – Utah and Omaha assigned to USA, Sword and Gold assigned to the UK, and Juno assigned to Canada. The total number of troops that landed on D-day by air and sea combined were more than 150,000, this number increased to over 850,000 as the invasion continued. Thanks to the deceptive strategy played by the Allies, they faced very little defence on most of these beaches. Though, Omaha was a different story. The defence at Omaha was cruel; many of the soldiers didn’t even make it out of the boats because the Nazis line of attack was aimed at the front of the ship. Due to this type of aim, many of the soldiers in the front were hit as soon as the doors opened. Aerial photo of Omaha beach during the invasion with American Liberty ships providing cover for the vessels unloading on the beach. (US National Archives)

Despite their meticulous planning the English Channel ended up being an obstacle for the troops due to which they had to tow in 2 fake harbours codenamed Operation Mulberry. They needed these ports to protect ships from the weather and to have a ready opportunity for ground transport. These harbours were built by more than 20,000 British workers working at full capacity. Even though the creation of these harbours proved to be a maritime challenge, they were built within 7 months. Cargo being unloaded at Omaha beach on the first day of the assault. (United States Coast Guard) 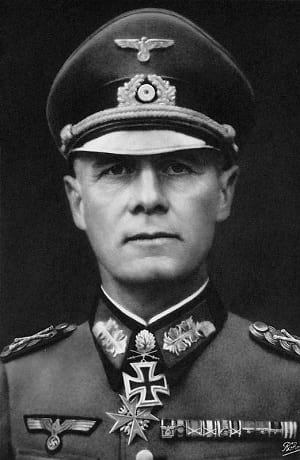 Hitler was aware that there was a threat of invasion by the Allied countries, but he didn’t know where exactly they would strike. He put Field Marshal Erwin Rommel in-charge of defence systems. It is said that Rommel felt Germany should surrender as he believed they did not stand a chance against the Allies. He said that once the Allies had secured a beachhead, the war would be in their favour and hence wanted to stop the invasion at the beaches.

As part of their defence system, Rommel ordered the building of a 630 km Atlantic Wall all the way from Norway to the Spanish border. The series of fortifications kept at the Wall would have been quite effective had they not focused on building such a thick defence only at Pas de Calais, which they supposed was the focus of attack.

For the longest time, they believed that Normandy attacks were just a diversion and kept waiting for the attack to begin at Pas de Calais. It is true that the invasion details were kept a secret for the longest time because of which the Nazis were very underprepared; however, the Nazi troops among themselves were a disorganized mess too. The German commanders failed to react to the assault in a timely fashion and were a victim of miscommunication within themselves. Some German leaders were also bullied and had their decisions interfered by OKW, which is basically the High Command under Hitler. Their troop mostly comprised of prisoners who surrendered at the first available window. 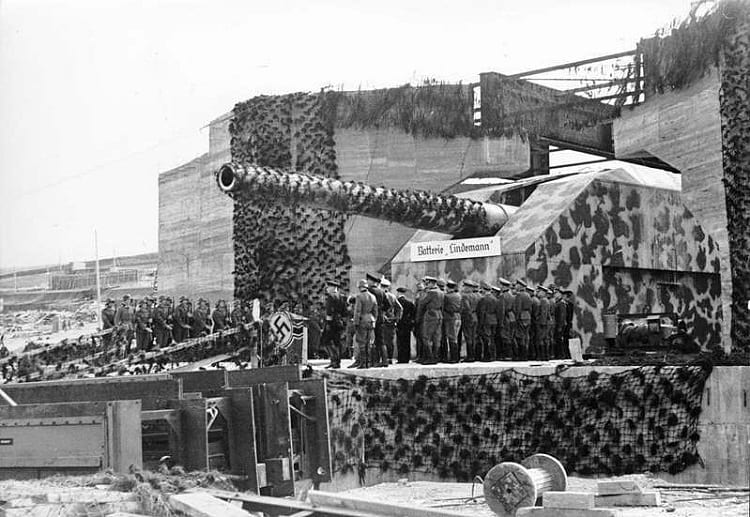 The invasion of Normandy was the first successful landing by the Allies in over 8 centuries, and also the largest defeat inflicted over Germans. The invasion successfully ended on 25 August 1944 with Germans surrendering to the Allies, without which the outcome of the War could have been different. There are multiple memorials that are built to preserve the memory of men lost in the battlefield. These beaches hold some of the largest British, American, Canadian, Polish, and German war memorials.

There are also remains from during the invasion that stands testament to the significance of this day. The beaches in Normandy are still referred to by their war code names, as are the streets near the beaches. Mulberry harbours, the fake harbours that were built by the Allies, are still present and functional too. A dummy paratrooper that was used by the Allies during mock rehearsals still hangs from a church spire. The Atlantic wall still stands mostly intact, and a lot of French History enthusiasts are focused on restoring it. The end of this invasion also marked the death of Adolf Hitler who committed suicide upon realizing that the war was lost for the Nazis.