A Strange Predatory Link Between Killer Whales and Moose 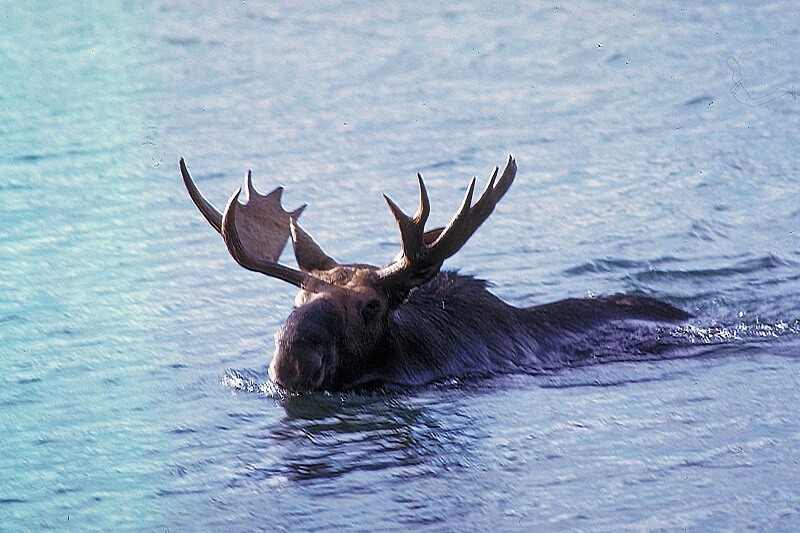 Predation and hunting is an important part of the food chain and has a greater impact on the ecosystem. We all know man occupies the top tier as an apex predator, but besides humans, Killer whales are the dominant and powerful apex predators. Killer whales, also known as Bigg’s Orca, named so after Dr Michael Bigg—founder of modern whale research, have a diverse diet, prey and feast on fishes, penguins, seals, whales, such as humpback whales, and sea lions. Even seabirds are often preyed upon by them, besides marine mammals and birds, they feed on moose or elks as they are known in America and Eurasia, respectively.

Both these animals occupy different habitats yet have an interesting predator-prey relationship. Killer whales are widely distributed in oceans and seas and adapt to all types of climate, thus are found around coastal regions of most of the countries. While moose are territorial animals, that live in boreal and mixed forests of Northern Hemisphere, mainly in Canada. 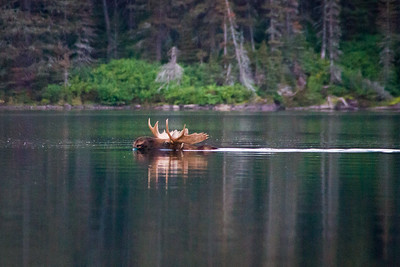 A pod of orcas swims in Glacier Bay. (NPS)

Killer whales, Orcinus Orca, belong to the dolphin family of toothed whales. While moose, Alces Alces belongs to the subfamily of deers. Both these mammals are the largest members of their respective families. Killer Whales have a large dorsal fin and are black and white coloured; moose have a striking appearance—black in colour, have broad and large palmate/dendritic antlers. 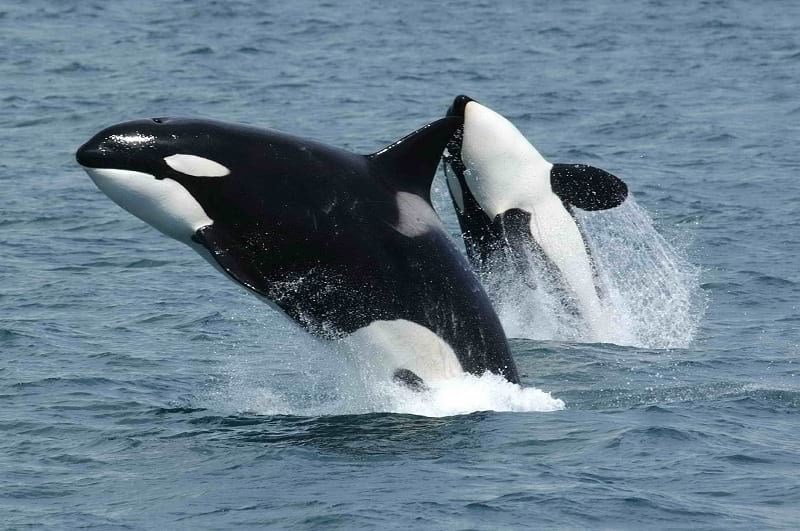 In summers, moose prefer to feed on aquatic vegetation, and this search for food makes them vulnerable to attacks by marine predators, i.e., Killer Whales. moose are often preyed and hunted by bears, wolves and humans, and although we have tales of Orca feeding on moose, there aren’t any solid pieces of evidence barring one or two. moose when swimming island to island in search of food, often become defenceless and their speed in water is decreased too thus making them a choicest and rare delicacy for the top-tier marine predators.

The killing of moose by Killer Whale is not unfathomable, as the latter is known to feed on anything and everything it lays its teeth on. And rare instances of Killer whales feeding on moose have been reported, but it’s not certain if it feeds on live animals, thus killing them or feed on the carcass floating in the ocean. These reports and speculations are from findings of deer carcasses in the ocean, but the possibilities could vary. There aren’t enough documented evidence to suggest if moose is a part of Killer Whale’s regular diet and if Killer Whale is a natural moose predator, but the possibilities and conjectures make this water mystery a fascinating tale.

Previous Article
Hints from the 1919 Spanish flu might give us a clue on the development of Coronavirus in Australia
Next Article
Bartini Beriev VVA-14: The Cold War Scramble for Arms Gave Birth to an Amphibian Aircraft in Russia