Coconut Crab: The Monstrous Predator that Might Have Killed Amelia Earhart 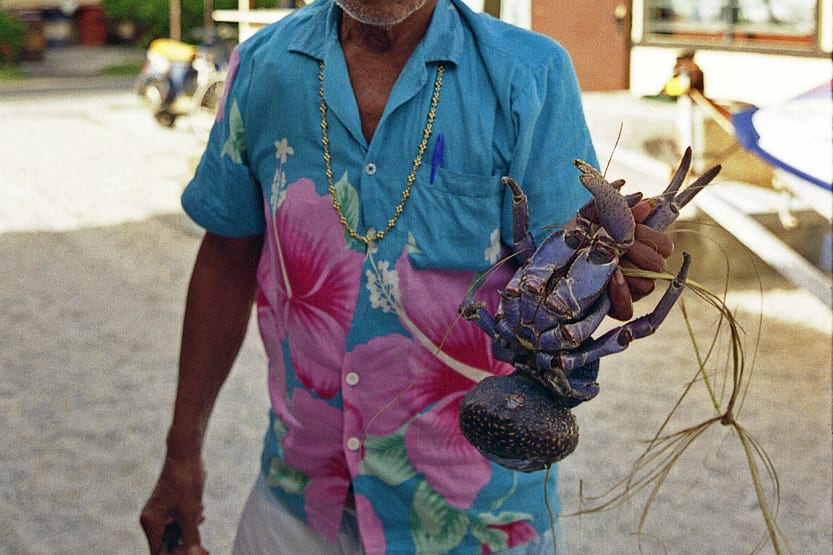 The Coconut Crab has been branded as “monstrous” by none other than Charles Darwin himself. The sheer size of the creature would classify it as a monster predator, especially considering its oversized, massive claws. The Coconut Crab is primarily found in the Southern Pacific Ocean and is the largest land-living arthropod. Spanning a spectacular width of 3 feet from leg to leg, and boasting a weight of nearly 9 pounds, it is a species of terrestrial hermit crab that is extremely territorial in nature. They do not like other animals encroaching on their territory for any kind of interaction. A true marvel of nature, the Coconut Crab is able to carry about 6 times its own weight. The species is also commonly known as the “Robber Crab” or the “Palm Thief”. It is also speculated that this humongous crustacean is the reason behind Amelia Earhart’s mysterious death.

The Coconut Crab, like other crabs, is a decapod- meaning that the crustacean has ten legs. Among these, its front-most legs have massive claws called the “Chelae”. These claws are commonly known as pincers and exhibit enough strength to rip open an entire coconut, thus giving the Coconut Crab its name. There are some rumours that speculate the ability of this crab to tear a human apart, limb to limb. 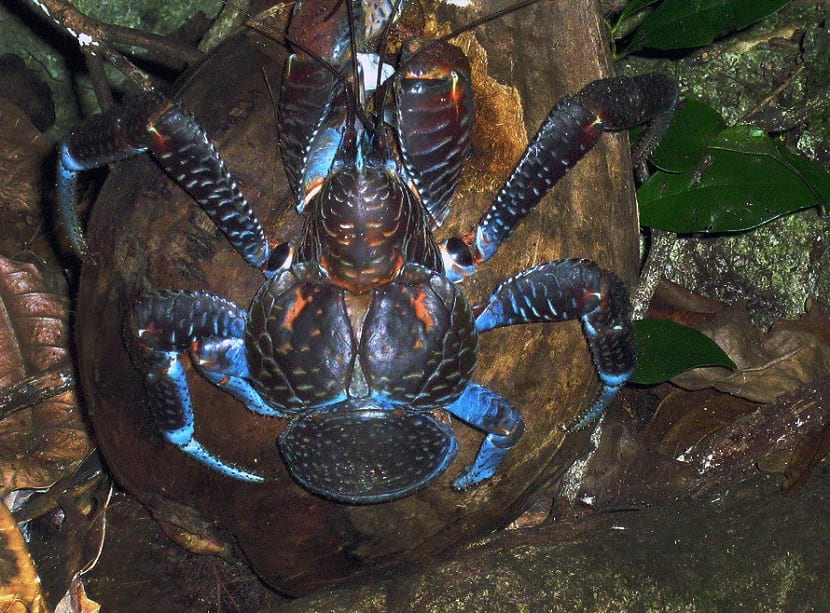 A coconut crab clinging to a coconut. (fearlessRich/Wikimedia Commons)

Scientifically known as the Birgus Latro, as a juvenile, this crab lives mostly in a borrowed snail shell. Born in the sea, while they transition to land, the crabs live in shells which they outgrow quite soon and develop a tough exterior. This tough exterior, the exoskeleton, is developed by re-calcification, this reinforces the tissues of an animal with calcium. Without the shell to limit its growth, the crab expands exponentially and grows up to a monstrous size.

The claws are not the only feature that makes the Coconut Crab different from other crustaceans. It is uniquely skilled, along with having the force of a lion’s jaw in its pincers. Among its myriad skill-set, is being able to climb up trees with absolute ease to attack birds that are perched on the branches. Scientist Mark Laidre has described the Coconut Crab’s attack as “ pretty gruesome”.

The typical prey of the Coconut Crab has developed a sense of acute fear and seldom dares to venture near the crab’s home. Birds on low lying branches are generally targeted at night by these ghastly predators. They grab the birds by their wings and break their bone, thus rendering them incapable of flying. Ultimately, the prey becomes food for the crab. Their sense of smell is another feature that helps the Coconut Crab to locate its prey, even in dark areas or at night.

As implied by its name, the main constituent of the Coconut Crab’s diet is coconuts. However, that is not all that the crab’s diet is limited to; in fact, it is known to eat almost anything- including its own flesh and skin. It eats tropical plants, dead plants, decaying and dead animals, birds, pigs. They tend to partake in cannibalistic practices- eating corpses of dead Coconut Crabs. Eating its own skin is a process in itself while moulting. During moulting, the old, dead skin falls off the crab’s body, and they consume it by chewing it whole.

Hideouts of the coconut crab

The Coconut Crab is found primarily in parts of the Pacific Islands and coasts of the Indian Ocean. They are extremely private creatures and live in burrows dug out in the sand on the beaches. Sometimes they also live under the roots of palm trees, which provides a cool atmosphere to be buried in. Not only does the species live in isolation from other creatures, but it also does not allow their own kind to encroach on their territory. 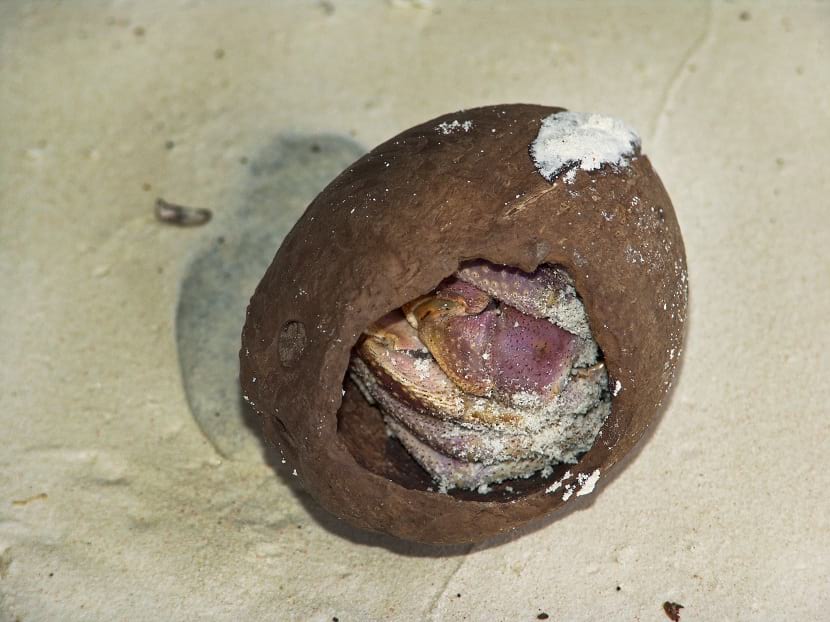 There are special appendages attached to the abdomen of a female Coconut Crab in which she carries the eggs after mating with her male counterpart. It is necessary for the crabs to live near the sea so that from time to time they can moisten the eggs for proper nutrition and growth. Once the young come out of their eggs, they are left to fend for themselves, growing into fierce independence right from birth.

Humans are the natural enemies of any predator. Encroaching on the Coconut Crab’s territory is rather risky since the predator is antisocial by nature. Locals in the Pacific islands, where the crabs are usually found, have had their fair share of gruesome encounters with the Coconut Crab. Among the reports of the many humans who might have succumbed to the Coconut Crab’s attack, Amelia Earhart is possibly the most well-known.

During her final flight, Amelia Earhart may have crash-landed on one of these Pacific Islands- severely injured, and left bleeding on the beach. Amelia, in such a condition, would have been a vulnerable prey to any predator, especially the Coconut Crab. According to the team of researchers who found a fractured skull, attributed to Amelia Earhart on the Nikumaroro Islands, the victim was bludgeoned to death by the vicious Coconut Crabs. They concluded that Amelia was possibly torn apart and feasted upon. Experiments on the very same beach with a pig carcass was conducted, yielding gruesome results, as the researchers watched the carcass being torn apart by a large number of these predators.

While it is commonly believed that the International Union for Conservation of Nature has listed the crab as endangered; the Coconut Crab is in fact listed as ‘data deficient’ since scientists do not really know much about the biology of the crab, or their typical breeding grounds. Despite being a fearsome predator, the Coconut Crab is frequently preyed upon by humans, as they are considered to be a delicacy. In the Pacific Islands, the crab is feasted upon, even though many hunters have reportedly lost their limbs while looking for a coconut crab. Although each crab can live for about 40 years, human activities have led to their habitat being plundered, resulting in early deaths and a rapid decline in their population.

Previous Article
Kardashev Scale: Measuring a Civilization’s Level of Technology and Its Potential to Advance