Nixon’s Pyramid: The $6 Billion Safeguard Program Which Lasted One Day 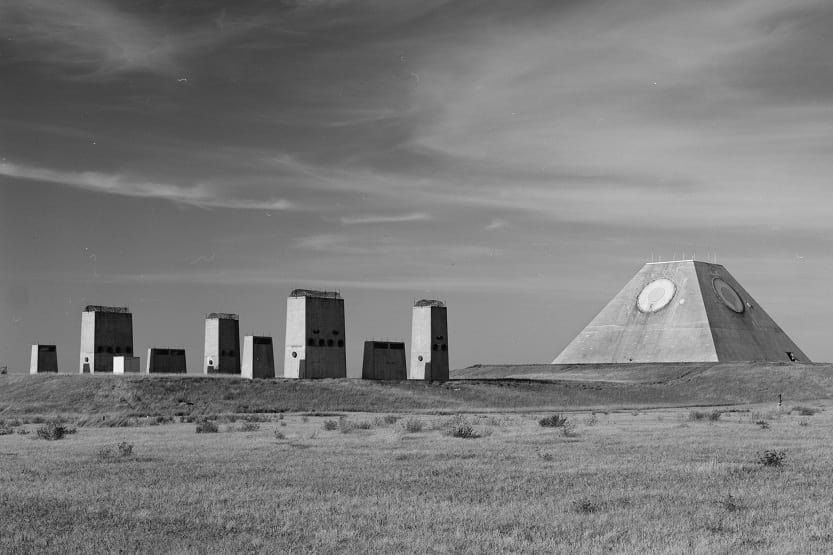 The Pyramid of North Dakota. (Library of Congress)

In the United States, on the border of North Dakota, in a small village called Nekoma (a village that holds around 50 people) near Canada is a $6 Billion construction which was more or less abandoned. This an anti-ballistic missile system (ABM) in the shape of a pyramid, known as the Stanley R. Mickelsen Safeguard Complex, was built as a defence system for US missile silos to protect mainly against the Soviet Empire during the Cold War. They would protect America’s missiles by intercepting any threat which entered Earth’s orbit. There were twelve buildings planned in the 1960s all across the States, but construction did not start until the 1970s.

In 1972, however, President Nixon and Soviet leader Leonid Brezhnev signed the Anti-Ballistic Missile treaty. It meant each country could have two anti-missile centres, but by 1974 another treaty was reached for each country to only have one. This stopped construction of the other eleven before they even started laying bricks. The remaining complex in North Dakota was operational for a mere 24 hours before being the program was cut, the government citing it was too costly to run. 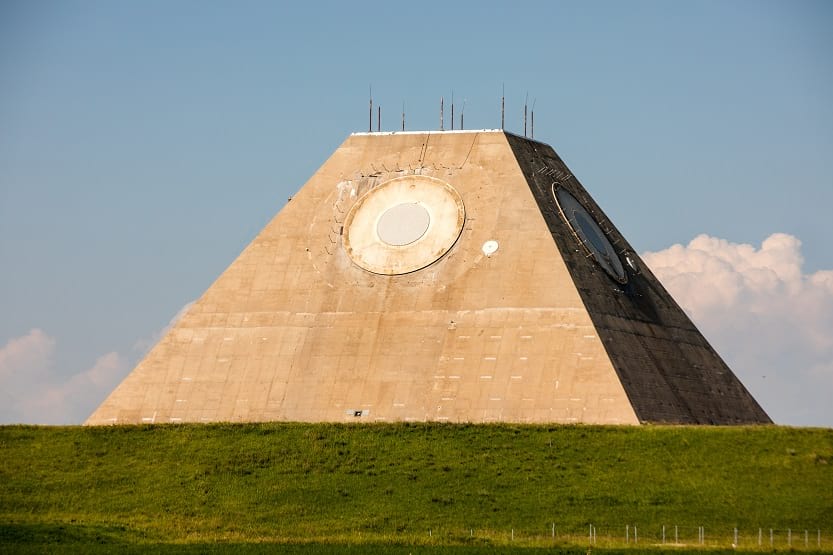 The workings of the Safeguard Program

Missiles are guided and powered by explosives driven by engines with fuel. They use ‘contact fuses’ to explode on impact. Missiles are classified depending on their range, anything greater than 5,500 km is an intercontinental missile. Most of these missiles are lost by the time it reaches outer space with only the ‘post-boost vehicle’ or ‘re-entry vehicle’ containing a nuclear warhead coming back to the ground.

The Safeguard Program was to protect missile silos holding missiles called LGM-30G Minuteman III. The program was evolved from Nike Zeus, Nike-X & Sentinel anti-ballistic missile systems, yet all were deemed not good enough and so Safeguard was initiated. The missiles in the Safeguard Program included thirty Spartan and sixteen Sprint missiles. There are two types of ballistic missiles–ones that follow a suborbital trajectory and those that travel a distance above the Earth. The Spartan missiles would target those incoming from outside the Earth’s atmosphere and the Sprint missiles–with a smaller range–would operate within. Out with the missiles, the system had a Perimeter Acquisition Radar and Missile Site Radar to detect any threats.

It became operational on the 1st of October 1975, only to be decommissioned the very next day by the House Appropriations Committee and Senate.

The cost breakdown was confusing to say the least. An archived report illustrates this with breakdowns on cryptic deductions. There was $112 million spent in materials, $481 in ‘lost effort’–such as excess equipment and materials, restoration of the site – and $697 in ‘schedule changes’ – noting research and development, procurement and construction. The report makes interesting reading and automatically relates to the idiom ‘more money than sense’ however the minds running this project must have been highly intelligent. It is a staggering amount of money and leaves a lot of unanswered questions.

It is easy to say that allowing the building of this site was madness, but war–needless to say–is a difficult time for the governments involved. It would be nice to say the world is a different place now and maybe it has moved on a bit, but the money spent on fighting is still a staggeringly unjustifiable amount from a pacifist point of view. Yet, just how many programs like Safeguard have been commissioned and decommissioned over the years.

The Stanley R. Mickelsen Safeguard Complex still stands proud today, similar in look at least to the Great Pyramids of Egypt but without the lengthy history.

Previous Article
Betty Robinson: How a Plane Crash Survivor Became the Fastest Woman of Her Time
Next Article
Green Flash: An Incredible Meteorological Phenomenon That Occurs at Sunset and Sunrise