Photos of demon core from a re-creation of the experiment. (United States Department of Energy)

On 6th and 9th August 1945, the United States dropped two atomic bombs, Little Boy and Fat Man, on Hiroshima and Nagasaki, respectively. These bombs had plutonium cores, but it is less known that there was also a third plutonium core meant for a third atomic bomb. The Americans would have dropped it over a third Japanese city if Japan hadn’t surrendered on August 15, 1945. This was the core that came to be known as the Demon Core.

The first two plutonium cores caused the deaths of over 200,000 people in Japan and the deaths of many more over the years from the resulting radiation. Strangely enough, though, these cores received no pejorative nicknames. On the other hand, the deaths of two Los Alamos scientists, Harry Daghlian and Louis Slotin, caused the third core to be labelled as the Demon Core; it had originally been known as Rufus. These scientists were part of the Manhattan Project and were involved in the building of the atomic bombs. Their deaths were due to their carelessness and disregard of safety protocols.

There was nothing actually demonic about the Demon Core, except in its intended use in nuclear weapons.

It was merely a 6.2 kilogram, spherical plutonium core that was used in the criticality experiments that the scientists conducted in the Los Alamos laboratory.

The type of plutonium used to make the core was Pu-239. It is a naturally radioactive substance. That means, its atoms continuously emit neutrons and other particles from their nuclei. The large-sized neutrons collide against other atoms and cause them to split and emit more neutrons. These neutrons then go on to cause more collisions and split more atoms. Usually, however, many of the neutrons fly away without colliding into other Pu-239 atoms. The nuclear chain reaction, therefore, occurs at a very slow rate.

When Pu-239 is used to make nuclear weapons, the weapon-makers try to contain the neutrons within the Pu-239. That causes a continuous and fast nuclear chain reaction that involves splitting trillions upon trillions of atoms. The whole thing soon gets out of control and releases an overwhelming amount of nuclear energy and causes the bomb explosion.

After the Japanese surrender in 1945, the plutonium core that was meant for use in a third atomic bomb was turned over to the scientists to use for research purposes. They used it in the criticality experiments, or, what the physicist Richard Feynman called ‘tickling the dragon’s tail’.

These experiments involved monitoring the nuclear chain reaction and measuring the point at which the plutonium would turn supercritical enough to trigger off a dangerous radiation blast. These were very risky experiments that could go wrong at any moment, and the physicists were well-aware of that. Hence the term ‘tickling the dragon’s tail’.

By carrying out the criticality experiments, the physicists wanted to find out how far they could go without triggering a deadly nuclear reaction. It would help them to figure out the critical mass point to successfully detonate an atom bomb. The knowledge would also prevent accidents when assembling bombs or while the plutonium was in storage. 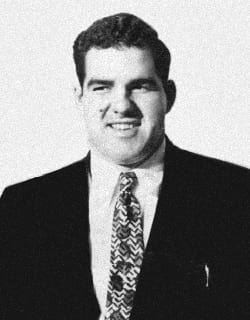 Harry K, Daghlian Jr. was a 24-year-old physicist working at the Los Alamos laboratory. A brilliant young man from Purdue University in Indiana, he had joined the Manhattan Project in 1943 to work on building the atomic bombs.

A week after Japan surrendered, on 21 August 1945, he returned to the lab after dinner at 9:30 p.m. to continue working on a criticality experiment. According to the lab protocols, he was not supposed to work there after hours, and he was not supposed to carry out the experiments without another scientist present. However, on this day, he ignored these rules and the security guard who was present— 29-year-old Private Robert J. Hemmerly—raised no objections.

Daghlian was building a neutron reflector around the plutonium core, using tungsten carbide bricks. Being a very dense metal, tungsten carbide prevents neutrons from flying off. Instead, they are reflected to the plutonium and cause more atoms to split and release yet more neutrons. The rate of atom-splitting will increase if the plutonium core is surrounded by more tungsten carbide and, as a result, the core could go supercritical or out of control. Daghlian wanted a controlled chain reaction that remained below the critical point. There was a Geiger counter to indicate how well the experiment was proceeding.

The experiment involved placing tungsten carbide bricks around the plutonium core. After placing each brick, Daghlian checked the Geiger counter to make sure the resulting nuclear chain reaction wasn’t heading towards supercriticality.

When Daghlian had raised the bricks to around 10 inches about the core base and was about to place yet another brick on the stack, the Geiger counter began ticking faster. The core was heading towards supercriticality. The physicist jerked back the brick he was holding, but, in his haste, it slipped and fell right on top of the plutonium core. Now surrounded by tungsten carbide, the plutonium core went supercritical in an instant. A blue light flashed in the room, and there was a wave of heat. The Geiger counter went wild. Reflective blocks being placed around a sphere of plutonium. (© Los Alamos National Laboratory)

Panicking, Daghlian grabbed at the fallen brick and dropped it yet again. He then tried to overturn the heavy table and, failing in that, began to hurriedly dissemble the tungsten carbide brick stack. He then removed the fallen brick, experiencing a tingling sensation in his hand as he did so. The nuclear chain reaction stopped, and the Geiger counter fell silent.

The entire incident took place in one minute. In that time, however, he was exposed to neutron and gamma radiation. He also suffered beta burns on his hands. Within hours, he began to show the symptoms of radiation sickness. He was hospitalized at once. In following days, his hands blistered from the radiation burns, and his entire body began to swell up like a balloon. He died 25 days later.

The security guard received a milder radiation dose. He died 33 years later of leukaemia and other complications resulting from the radiation.

Despite a review of safety procedures after Daghlian’s death, there was a similar accident the following year.

On 21 May 1946, around 3:20 p.m., Louis Slotin, Alvin Graves, and six other scientists were busy conducting a criticality experiment involving the plutonium core and two bowl-like beryllium sections. Like tungsten carbide, beryllium reflects neutrons. Slotin placed one section in a wooden frame on a table and put the plutonium core inside it. He then placed the other beryllium section over the core, making sure it didn’t cover it entirely.

If the neutron-reflecting beryllium hemispheres surrounded the core, it would reach supercriticality. To avoid this scenario, Slotin inserted a flathead screwdriver between them to keep them apart. According to lab protocol, he should have been using shunts to keep the hemispheres apart. Slotin, however, often disregarded the rules. Sometime earlier, the physicist Enrico Fermi had warned him that he would end up killing himself if he wasn’t more careful.

Slotin, however, ignored the advice, and on this day, things went wrong. As Alvin Graves watched the experiment from behind him, the screwdriver slipped from Slotin’s hand. The beryllium hemispheres closed and the Geiger counter went wild as the nuclear chain reaction went supercritical. There was a flash of blue light and a wave of heat. 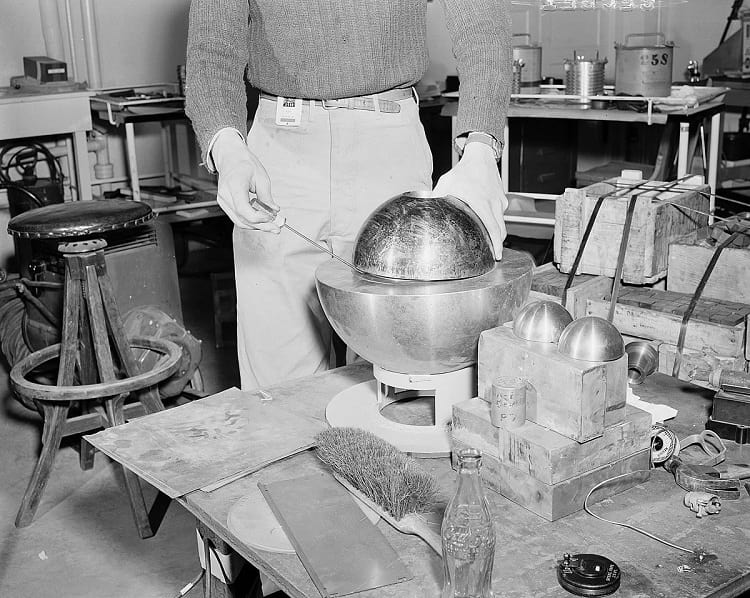 Having seen what had happened to his colleague a year earlier, Louis Slotin knew he was now doomed. He died nine days after his exposure to radiation. Like Daghlian, he allowed the doctors to document his rapid health deterioration.

End of the demon core

Before Slotin’s accident, the Los Alamos administration intended to include the plutonium core in Operation Crossroads. They would then have detonated it in the series of nuclear tests that the United States carried out at Bikini Atoll in the Marshall Islands. After the accident, however, it was first necessary to let the core to cool down and become less radioactive before anyone could transport it. Then, the United States government cancelled the third nuclear test and no longer required the core.

While the physicists at Los Alamos could have continued using it for their research experiments, nobody was now willing to work with the Demon Core. Therefore, in 1946, the authorities ordered it to be melted and recast. That was duly done, and it was the end of the Demon Core.

Enjoyed this article? Also, check out “The Manhattan Project: The Making of the First Atomic Bomb“.

Previous Article
Puente Nuevo: The Bridge That Spans Across a Gaping Canyon to Join the City of Ronda
Next Article
Schwerer Gustav: Why the Largest Artillery Gun Turned Out to Be a Flop During World War II?