After the Discovery of X-Rays Came N-Rays – But Do They Actually Exist? 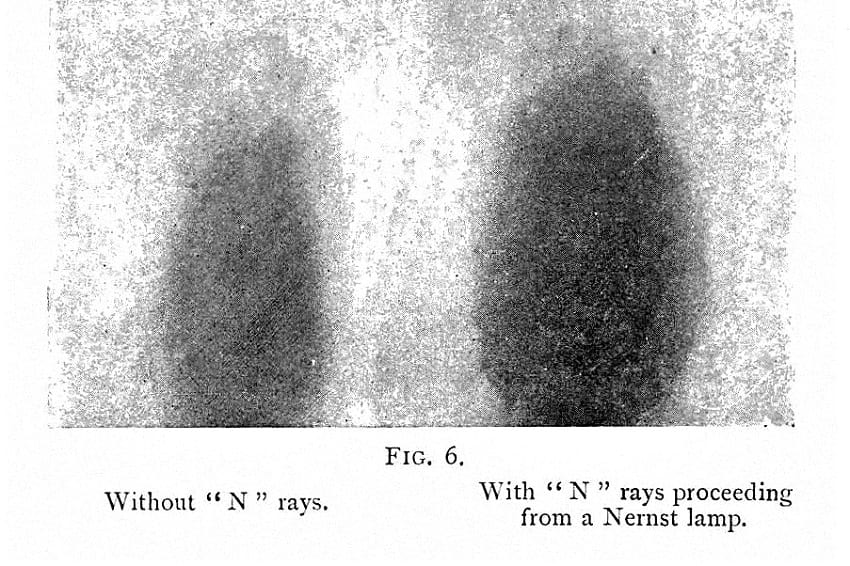 The Parrot and the Carrot we may easily confound,
They’re very much alike in looks and similar in sound.
We recognize the Parrot by his clear articulation,
For Carrots are unable to engage in conversation

This rhyme was written by a very talented American scientist called Robert W. Wood– a pioneer or optics, infrared and ultraviolet photography. In 1904 he travelled to Nancy, France, after hearing reports relating to the discovery of a new form of electromagnetic radiation – similar to the X-Ray – call the N-Ray. He wanted to see the new rays for himself as he could not create them in his own laboratory.

In 1895, X-Rays were a momentous discovery in the field of medical science. Their aptitude in radiation therapy, security, as well as the discovery of broken bones and other anomalies created many breakthroughs. Their ability to pass through soft elements to characterise more solid forms was something extremely useful especially in the modern world. Wilhelm Conrad Rontgen was the German who discovered the X-Ray and many scientists tried to replicate his success by studying their conditions and uses. A neighboring Frenchman Prosper-Rene Blondlot believed that he had found a similar type of radiation in 1903 with the self-named N-Ray after his birthplace of Nancy in France.

Blondlot worked at the University of Nancy in north-east France his whole life. After being inducted into the French Academy of Sciences, his piece de resistance would during the unearthing of X-Rays in which he attempted to polarise – meaning he looked to change or focus the direction of their energy beams. Instead he came across what he thought was a new type of radiation.

Many more types of radiation were being discovered at the beginning of the 20th century such as Alpha, Beta and Gamma rays so another was not disputed especially from a respected scientist. Other students of science were trying to find more properties for the X-Rays themselves but Blondlot went one further by supposedly finding the new ray. Because of his previous accomplishments the scientific community was quick to believe him. The university was a hierarchal system which worked on good relations meaning younger students were quick to agree with their lecturer and mentor.

Discovery of N-Rays and dispute

Blondlot realised that when the N-Rays shone through a prism – a transparent optical element with flat sides refracting lights – they cut out visible light. In this case, he used an aluminium prism. Morever, electrical sparks would grow brighter when exposed to the radition and heat increased the volume of the rays. The Frenchman published his work in Nature – one of the world’s most respected scientific journals. He also reported his findings to the French Academy of Sciences. Hundreds of scientists purported to see the rays also, but the strange thing was that hundreds claimed they could not. The scientific world was in a schism. Blondlot’s response to this was that their eyes were simply not sensitive enough to pick up the mysterious rays.

Blondlot used various techniques to pick out the rays of light. These included variations within electrical sparks and phosphorescent screens. They were reported to go through most substances but not water. Saltwater would naturally emit them however, so the lengths and breadths of the oceans could transmit N-Rays according to Blondlot. He deemed that they could be emitted by elements like fire and the sun. A colleague of his at the University of Nancy, Augustin Charpentier, added to the importance and potential of the rays stating that they could be emitted by animals such as humans, from our nerves and muscles. 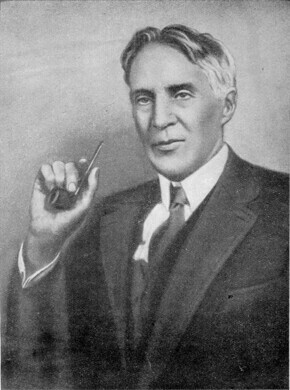 It was the afore-mentioned publication Nature who sent the afore-mentioned scientist – Robert W. Wood – to investigate the discovery. Wood was a respected physicist but also an eccentric character. It was said he would go to his local park and confuse strangers by spitting into ponds with a sodium solution meaning the water would burst into yellow flames. But he was one such person who could not detect said N-Rays nor even a whiff of them in private studies. He worked and taught in Baltimore, Maryland in the US yet he flew to France as soon as possible to examine the rays first hand.

Wood and Blondlot met and although being fluent in French as well as German (German being the global language of physics) Wood did not admit he spoke French. This was so he could eavesdrop on the conversations between Blondlot and his assistants. The Frenchman’s main method of observing the N-Ray spectrum was through an aluminum prism. Wood could not see any deviations so when the room went dark for a test the American removed the prism. Blondlot’s readings were exactly the same– as if revised – and so he was caught to be lying.

Wood immediately sent a letter to Nature mentioning that the N-Rays were all in the imagination of Blondlot – perhaps being generous as to not call him a fraud straight away. Soon, the scientific community went against Blondlot and his scientific career never recovered. He continued to believe in and promote the existence of N-Rays but allowed no more tests from outsiders. His excuse was that Wood’s imperfect German meant that there were several issues with understanding. It was said he continued to lecture at the University of Nancy and study the N-Rays until his death. Others say he went mad.

Wood did not mention Blondlot’s name in the article but it was clear to those familiar with science who the article was about.

“After spending three hours or more in witnessing various experiments, I am not only unable to report a single observation which appeared to indicate the existence of the rays, but left with a very firm conviction that the few experimenters who have obtained positive results have been in some way deluded,”

No-one will know whether Blondlot was mad, a fraud, or simply mistaken with his findings. Here is a case however which shows the immense strength in having a scientific community who can detect real science or counterfeits. N-Rays were a myth that was put to bed very quickly as opposed to the past, when several fake sciences could be believed for centuries before being debunked. We live in more enlightened times now, thankfully.

Enjoyed this article? Also, check out “Thomas Midgley Jr. – The Scientist Who Almost Destroyed the Planet without Knowing“.

Previous Article
Bhopal Gas Tragedy: India’s Very Own Chernobyl That Affected Over Half a Million People
Next Article
Scaly-foot Gastropod: A Snail with an Iron Armour That Lives Near the Hydrothermal Vents