Thomas Midgley Jr. – The Scientist Who Almost Destroyed the Planet without Knowing 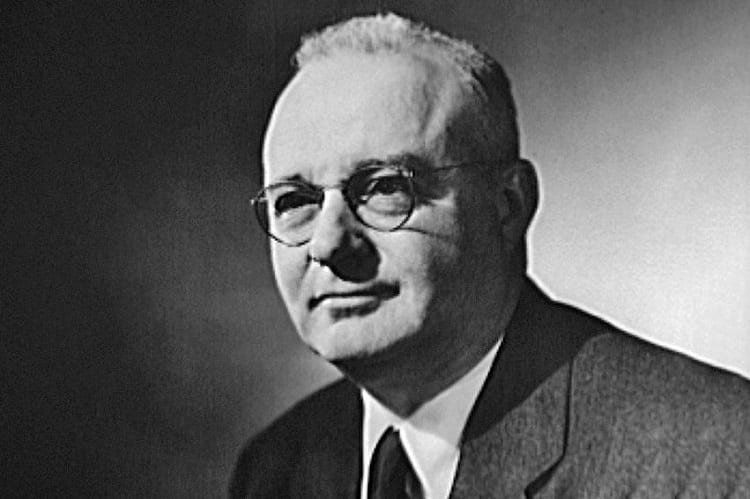 When we think of people who have done great harm to the world we inevitably think of tyrannical dictators who led merciless regimes and gave the orders of mass genocide. But what about the inventors of the world, scientists who contributed to devastating developments that killed, kills, and will kill, for generations to come. In this sense – like dictators – they are ultimately killing from beyond the grave with the death tolls from other causes etc. pale in comparison.

Of course, this is excusable if the inventor did not know the evils their patents could cause but in some cases they did. Arguably, one such inventor is named Thomas Midgley Jr. While many consider him a great scientist, others believe he is one of the worst for the chaos his creations brought about. Midgley is most known for four main developments: Tetraethyl lead for automobile fuel improvements, the extraction of Bromine from water, adapting fluorine to refrigerators and advancements in rubber-making.

Brought up in a nice part of the world called Beaver Falls, Pennsylvania, Thomas studied machinery under the tutelage of his father who was an inventor and – as common for the time – general handyman. Inventions ran in the family, not just with his father but his mother was the daughter of James Emerson who most famously invented the inserted-tooth saw.

It is claimed that Midgley’s ancestor was an important employee of James Watt also (the Scotsman who improved the steam engine). His talent as an inventor shone through early while playing one of his hobbies – baseball. Although only a teenager he implemented the balls to have more curve by using the slippery bark of an Elm tree. This practice became commonplace throughout association baseball in later years.

The prodigy would graduate in 1911 with a degree in mechanical engineering from the prestigious Cornell University. Inventions were not just part of his family but part of his state’s blueprint as he worked at the National Cash Register Company where Charles F. Kettering designed the first electric register. Kettering saw more than enough aptitude in Thomas Midgley Jr.– an unyielding determinism and confidence – to keep him on at the Dayton Engineering Laboratories Company. It would become a branch of an automobile company called General Motors.

Kettering’s confidence and the natural talent of Thomas Midgley Jr. soon came to the fore when he started working on a solution to stop engine-knocking. This is a sort of improper combustion when the engine sparks. Instead of the spark combusting, a pocket of combined air and fuel will ignite. It can damage the engine and produce nasty sounds. This can be combatted by high octane fuels for example and there was actually already a solution in place before Midgley – adding ethanol to gasoline. However, because this is natural, companies could not make money from it.

His research was postponed during World War I when his country called upon him to develop an aerial torpedo as well as airplane fuel. It took another six years to finalise his solution, systematically testing different elements and compounds. He found success with a substance Ethyl lead but it was not the only thing needed, with Bromine imperative to the solution, in terms of eliminating lead-oxide formed deposits. Bromide needed to be found in large amount and when they found extraction from seawater was possible, that was a game-changer. Ethylene Bromide became the compound causing the lead to expel through the exhaust. This leaded alternative – the type we all know today – had various benefits but also pitfalls. It became a standard in almost every gasoline in the world.

The dangers of gasoline

The discovery was not met with widespread satisfaction. Reports spread across the United States of problems with the mixture, including workers dying in various GM factories.

“Controversy erupted in October 1924, when workers in a Standard refinery in Bayway, New Jersey, went violently insane after making leaded gasoline. Seven men died and 33 were hospitalized there; meanwhile, ten more were killed at a DuPont facility, and at least two died and 40 were hospitalized in Dayton, Ohio…”

This was not a new notion but as is the case with human nature, occupational hazards are easily forgotten if it means making money and potentially advancing the human race. For even Midgley was no different. Despite coming down with lead poisoning – he argued that it would not cause damage to public health in small amounts.

“In addition to the private warnings, an official letter from the U.S. Public Health Service asked whether leaded gasoline might not be a “serious menace to public health.” Midgley responded that the problem “has been given very serious consideration . . . although no actual experimental data has been taken.”

Author and PhD Bill Kovarik speaks in great length about the dangers of lead.

“…Lead poisoning is one of the most frequently observed causes of occupational disease. From Roman antiquity through the industrial revolution, the cumulative effects of lead had become well known through painful experience. Roman engineer Vitruvius noted that lead fumes “rob the limbs of the virtues of the blood.”…. Bernardo Ramazzini, one of the first physicians to study occupational health, said around 1700 that: “The skin [of lead workers] is apt to bear the same color of the metal. . . . Demons and ghosts are often found to disturb the miners.”…. Charles Dickens wrote about the terrifying effects of lead poisoning on London workers who could find no other employment…”

“Seven workers died between September 1923 and the fall of 1924 in GM’s Dayton, Ohio and DuPont’s southern New Jersey factories, but no one outside the Ethyl partnership understood the significance of these apparently disconnected industrial accidents… Then, as Standard Oil started up a new and even more hazardous TEL refining operation in northern New Jersey five workers died in one week from lead poisoning so severe that it was not initially recognized by occupational health experts…”

As most people know now but few knew then, Lead is extremely poisonous, especially for children. Less transparency, communication and media coverage back then can be the only explanation for more not being done to ban it. It is only relatively recently that leaded solutions have been banned worldwide.

Dangerous chemical production didn’t stop there for the American. General Motors asked Thomas Midgley Jr. to create a coolant for refrigerators. One which was non-flammable, non-toxic and odor-free. Author Bill Bryson writes:

“Refrigerators in the 1920s were often appallingly risky because they used dangerous gases that sometimes leaked. One leak from a refrigerator at a hospital in Cleveland, Ohio, in 1929 killed more than a hundred people. Midley set out to create a gas that was stable, nonflammable, noncorrosive and safe to breathe.”

Midgley thought he was developing a beneficial solution but again it was more dangerous than the predecessor. He settled on a mix of Chlorine, Flourine and Methane – a type of Chlorofluorocarbon (CFC) – which is extremely harmful to the environment and cannot be broken down. For Freon is a CFC and when released, they are impossible to break down by any natural process. In the atmosphere, once cosmic rays hit these molecules they destroy the O-Zone layer. As the O-Zone contains the Oxygen we need to breath – this is a potentially life threatening practice to increase.  Without it, UV light will react harmfully with our soil, killing the bacteria we need to survive.

Alas, it is probable that Midgley had no idea of this. Afterall, at an American Chemical Society meeting in 1930, he inhaled some of the gas, then blew out a candle flame to demonstrate its properties.

With his increasing success, Thomas Midgley Jr. became vice president of the Ethyl Gasoline Corp. in 1923 as well as the vice president of the Ethyl-Dow Chemical Company. He petitioned that both lead and bromine were safe enough to use, however, that he would strive to make safer solutions also He received many accolades for his work, including four medals from the American Chemical Society and being instilled into the National Academy of Sciences. Again, he gave service to his nation in World War II, honoured as the head of the National Defense Research Committee concentrating on rubber production, greatly developing vulcanization which hardens the material. Thomas Midgley Jr. also gave outstanding service to chemistry through the American Chemical Society, in which he was active as a member of the Board of Directors for twenty-five years.

The dangerous discoveries would eventually catch up with the inventor when in 1940 lead poisoning contributed to him being diagnosed with Polio. Losing his legs, the patient was forced to invent a pulley device to help him in and out of bed. Alas, it would eventually strangle him on one fateful eve.

Thomas Midgley Jr. was possibly too blinded by success, or by thinking he was helping the world too much to notice the devastation he was causing. There is a fine line between how much harm should be done to benefit mankind. How many lives are worth the sacrifice for something that will save many more?

In Midgley’s case however, it seems his inventions did more harm than good. One silver lining may be that he finally made the world realize how destructive those chemicals are. Just in time for us to make a difference.