Suspended Animation: Where Bodily Functions Cease, But an Individual Continues to Live 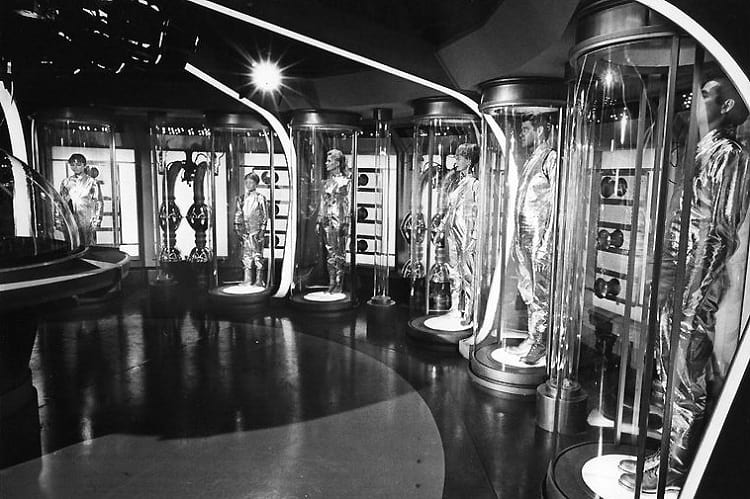 A still from American television series “Lost in Space” where people are placed in suspended animation before spaceflight. (CBS Television / Wikimedia Commons)

Between life and death, there are shades of morbid existence recognizable as disease and disability of body and mind. These intermediary stages, in their most serious forms, may not allow sufficient time for a dedicated medical care. Is there a way out to buy more time for intensive care?

Yes, we can buy more time by putting an organism/man into a state suspended animation, a life-friendly freeze. The organism is shifted into zones of calibrated cooling where life just ticks, and death just remains at arm’s length, and critical care gets full play at saving the life.

Imagine a person ridden with bullets, breathing heavily, probably his last. He is rushed to hospital in-time and medical intervention begins. There are 2 challenges before doctors in this case. First, to keep the blood circulating in the body for the continuous supply of oxygen and nutrients to all organs. (The brain is the most vulnerable, it can’t remain without oxygen for more than 4 to 5 minutes.)

Second, speedy surgery within the golden period (a critical period in which life can be saved). The second challenge is manageable/controllable with a team of expert doctors and top end equipment kept in absolute readiness.

However, the first challenge, till date, is not under human control and needs to be made manageable. Reasons are as follows. Loss of huge quantity of blood deprives the patient’s body of oxygen. Doctors try to maintain the supply of oxygen, especially to the brain, by infusing cold saline solution. But all of the oxygen required for trillions of body cells can’t be supplied in this manner. If the need of living cells of (food and) oxygen can’t be met this way, logical alternative would be to somehow reduce the demand for oxygen (and nutrients) to a level which can be met with therapeutic infusions. Then, and then only, the patient’s life can be kept ticking during emergency operation (the golden period).

How can the cellular demand for oxygen and nutrition be reduced to a safe and manageable level?

This is possible by lowering the temperature of cells to a threshold, i.e. 15°C or 10°Celsius, in 15 minutes, by way of cold intravenous infusions. This will put the patient into a state of Suspended Animation (SA), wherefrom it can be warmed back to normal (37°C or 99°F) after the emergency operation. This procedure is currently being experimented on animals for its final application on human beings. 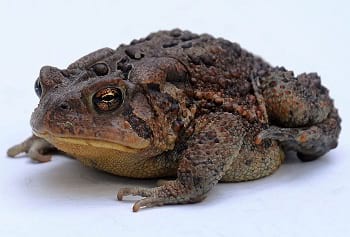 The idea of SA is inspired from hibernating animals as well as instances of humans surviving cold conditions. Hibernation of toads in winters and their prop in monsoon is a good example of suspended animation during unfavourable weather (the equivalent of the golden period for a human patient). Toad is a cold-blooded animal whose body temperature varies directly as the temperature of its environment, i.e. body temperature rises with the rise and falls with fall of the ambient temperature.

Obviously, winters can kill this arthropod by dangerously lowering its body temperature. Hibernation obviates this possibility. Toad draws on falling ambient temperature to slow down its own life activities to a minimum, a verisimilitude of Suspended Animation which Scientists would like to create on human subjects.

With the rise of the ambient temperature, toad’s bio-system reverts to normal, and toad comes out of its hiding. Scientists would want the same for man: to be able to return to normal function from the state of suspended animation. 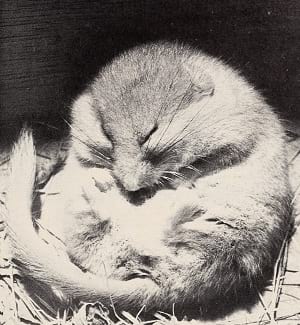 Chill induced dormancy is also seen in some hot-blooded animals (whose body temperature, unlike the toad, is independent of environmental temperature) as well. This is encouraging, as man himself is ‘hot-blooded’. Arctic ground squirrel and lovelock hamsters slip into dormancy to tide over the harsh weather.

One species of Madagascar Lemur, a primate, hibernate at regular intervals. Humans share 98% of their genes with Lemur. This indicates a strong possibility for humans too, to hibernate (be in suspended animation) at will.

Apart from inspirations from animals, real-life incidents of humans healing better in cold conditions support the idea of hypothermia (low temperature) in preserving and nurturing life.

A Russian survived winter famine with abstemious eating and forced sleep/inaction. A lady survived 80 minutes of an icy grave with careful warming. Indeed icy temperatures tend to preserve life for ‘some time’ beyond which the harm sets in. That ‘sometime’ can be tapped to the advantage of the living organism.

What happens to your body during Suspended Animation?

Physiological changes associated with SA/hibernation include the disappearance of blood platelets – the cells responsible for clotting of blood. The absence of platelets is good for dormant life because if clot forms in quiescent blood, death will follow.

Platelets reappear in blood as soon as the organism thaws back to normal, as then the fast-flowing bloodstream needs to check and balance clotting cells. White blood cells (WBCs) also disappear from the bloodstream as the organism slips into hibernation. WBCs are responsible for neutralizing disease-causing agents and situations. These too reappear in blood after the quiescence period (where the threat of disease was negligible), to guard and protect the newly awakened life.

The absence of WBCs in blood during hibernation leaves some organisms vulnerable to fungal infections. For example ‘white-nose syndrome’ in American Bats. To counter this problem bat interrupts hibernation with periodical rewarming. But that strains the flying mammal and proves fatal to it in the long run.

How Suspended Animation can benefit the human race?

Experiments are being conducted to study cell behaviour in cryogenic (extreme cold) conditions and how the knowledge could be used for the welfare of non-hibernating organisms.

Researchers have found that an enzyme Cystathionine Beta Synthase (CBS) helps in cryopreservation of life. This enzyme catalyses the production of various amino acids (building blocks of proteins) including cysteine and methionine. If secretion of CBS is inhibited, the subject fails to cryopreserve/hibernate and thaw back to normal thereafter.

Another compound which aids freezing of cells is Rokepie. It enables cells to survive refrigeration. Thus, cells which demand 37°C temperature for viability, can remain in cold chain for fairly long, all thanks to Rokepie.

Applications of a hypothermic state are numerous. A life lulled to cool stupor can be minded as desired and then switched safely to a ‘better’ or ‘as-before’ status. An astronaut may be put into sleep/dormancy during space travel and woken up at the destination. Vital functions of space traveller will tick in suspended animation till ‘station arrives’. Not a farfetched idea considering rapid strides being made in cryopreservation.

The bullet-ridden patient described in the beginning would be cryopreserved, operated upon, sutured and then thawed back to normal life with the infusion of blood at 37°C temperature. Reaching this landmark would indeed be a giant leap for medical science. It would be of immense use in medicine, in ensuring longevity and improving the quality of life.

Previous Article
The US Navy Helicopter 66: The Most Iconic Helicopter in History
Next Article
Aerial Refuelling: The Inspiring Account of the KC-135 Stratotanker Military Aircraft