Tree of 40 Fruits: A Patchwork Canopy of Myriad Fruits A single tree bearing 40 different varieties of fruits sounds like something out of science fiction, or maybe a fantasy novel. Sam Van Aken, an art professor with a penchant for agricultural experiments, has transformed this seemingly “mythical” concept into a tangible reality.

The Tree of 40 Fruit embodies an entire orchard’s produce under a single canopy. The tree bears forty different types of stone fruits- including popular varieties like cherries, apricots, nectarines. A majority, however, comprises ‘antique’ species that seem to fade from existence, if not already extinct. While in summer the tree is ripe with a plethora of unique fruits, it is truly a sight to behold in spring with its branches blooming into myriad pastel blossoms. 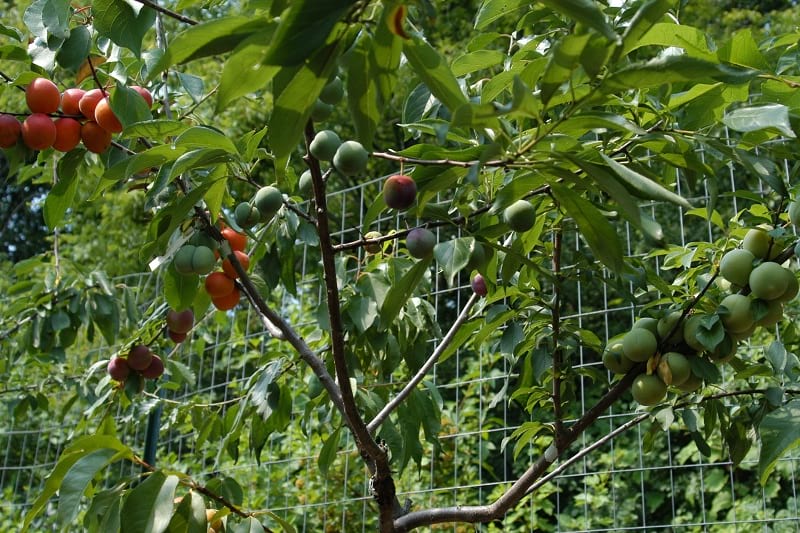 The various fruits of the “Tree of 40 fruit”. (Sam Van Aken/Wikimedia Commons)

What inspired the creation of the Tree of 40 Fruit?

Sam Van Aken envisioned the Tree of 40 Fruit to be a piece of natural art. A sculptor himself, Aken deemed the Tree to be like a sculpture that would evolve itself over time if the transformation based on his grafting process was optimally controlled. The Tree of 40 Fruit was conceptualized by Aken as a conservation project. An orchard renowned for producing various native American and heirloom stone fruits on the verge of existence at the New York State Agricultural Experiment Station was shutting down due to lack of funding when Aken stepped in. He bought the orchard in 2008 and thus began the journey towards creating the Tree of 40 Fruit.

How was the tree created?

Aken conducted his project of creating the Tree of 40 Fruit in the orchard he bought, experimenting with approximately 250 varieties of stone fruit trees he had at his disposal. He used ‘chip grafting’ which entails a small slice of a tree (including a bud) on a single pre-existing tree. Aken had already prepared the tree for this process by conducting a few graftings onto the root system. Once the parent tree had reached the age of two, he proceeded to chip-grafting various species onto the tree branches. Once the vascular systems of the plants fuse, they grow as though a single tree. Limiting himself to exclusively stone fruit trees ensured that the grafts Aken was working with were compatible with each other. In addition, Aken had carefully studied the blooming patterns and fruiting timeline of each species and ensured they worked in cohesion after the grafting process. His meticulous experimentation and research finally culminated after five years when Aken had his Tree of 40 Fruit ready. 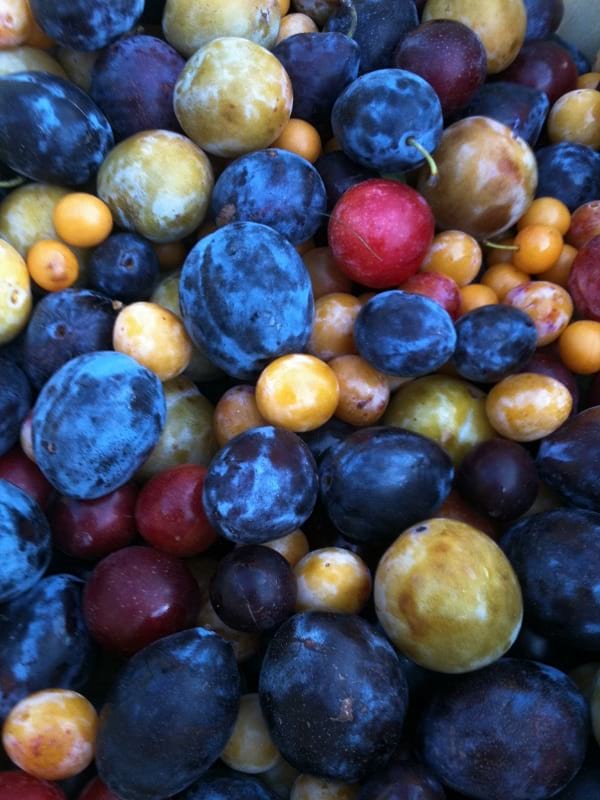 How many such trees exist?

While the first was a massive success, Aken did not limit himself to a single Tree of 40 Fruit. He went on to create 21 other such trees, seven of which are in New York. The rest are distributed across the country in parks or in private collections.

Significance of the Trees of 40 Fruit

“They all maintain their own genetic variety”, Aken says about the various species housed within a single Tree of 40 Fruit. This helps preserve numerous ‘heirloom’ species of stone fruits on the verge of extinction due to not being commercially viable. A conservation effort, Aken has helped preserve the various species in all their uniqueness- whether it is in their appearance or taste and aroma. Though the trees are a spectacle bound to draw the awe of onlookers, Aken has made it clear that none of the fruits from the Trees of 40 Fruit are for commercial production and his art is an attempt at preservation.

Previous Article
Drinking a Glass of Wine Laced With Snake Blood & Beating Heart of a Freshly Killed Snake
Next Article
Was Atomic Energy Kit the Most Dangerous Toy Ever Made?