Today, if any history aficionado walks about places like Albuquerque in New Mexico or Cheyenne in Wyoming, United States, they can find some puzzling concrete arrows. Each one of them would be pointing in a particular direction.

Just about 99 years ago, the 70-ft long concrete arrows played a significant role in the history of Transcontinental Airway System.  They also played a major role in delivering mail across the continent between New York and San Francisco covering a distance of 4,139 km.

At the peak of the air postal service, there were 1,500 concrete arrows across the country. To know what these concrete arrows are and what their purpose was, we need to take a peek into the past.

Due to the absence of law in the land, the coast-to-coast overland mail delivery system was nonexistent in North America. The need for such a system arose after the discovery of gold in 1848 in California. This resulted in what is now known as the Gold Rush from the east to west.

The trip across the North American continent was dangerous and arduous and usually taking up to six weeks at a time. There was a growing need to speed up the process of transporting mail from one end of the continent to the other.

Given this background, two forms of transporting mail sprung up in the United States.

The first was the stagecoach mail service. It was operational mostly in the 1850s.

Those familiar with the great western and cowboy movies would know about them. The movies show the stagecoaches travelling on long, lonely and sometimes dangerous routes. They were given 30 days to travel coast to coast.

As danger involved in transporting mail and people on stagecoaches was high, the services were grounded and replaced by the Pony Express service. That too was a failed experiment.

The second was the famous Pony Express. Founded on April 3, 1860, the purpose of the Pony Express mail service was to deliver mail, newspapers and messages to people across the continent.

Though Pony Express cut down travel time between New York and San Francisco to 10 days, it brought financial losses to founders like Alexander Majors. The service ceased its operations after just 18 months on October 26, 1861.

After the Wright brothers invented the first flying aircraft of the world in 1903, global attention turned towards it. Between then and 1918, there were several efforts to introduce airmail services across the world.

However, on August 20, 1920, an American transcontinental airmail route was established. Interestingly, 60 years after the Pony Express died in infancy, the US saw the return of the rapid mail delivery service.

In the early days of the Transcontinental Airway System, good aviation charts were not available. Pilots used to fly the aircraft with the help of some landmarks scattered across the landscape.

As a result, pilots could fly only during the daytime and not during nights or in bad weather. The US Postal Service came up with a solution to the problem. With the result, pilots could see a bright yellow concrete arrow from 16 km away. Thus, the US Postal Service gave a solution to the first ground-based civilian navigation system in the world.

This way, the speed at which mail was delivered got reduced from 30 days to 10 days to just 30 hours. By 1929, the bright yellow concrete arrows spanned the continent, becoming the envy of postal systems across the world. 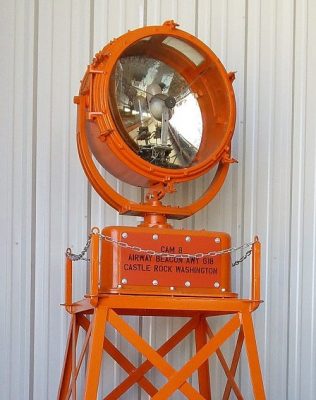 However, there was only one problem with the bright yellow concrete arrows. Pilots could fly only during the daytime and not during nights or even during days of bad weather.

This problem too was solved with the lighting of a series of beacons mounted on 51-feet high steel towers.  The rotating beacons were lit by a million-candlepower.

However, work on the lighted airway began in 1923, when the US Congress funded the project that was proposed by NACA. The Department of Commerce deployed it, but the Bureau of Standards Aeronautical Branch managed it.

The lighted beacons were built in such a way that it enabled an aircraft to depart from one coast during the daytime and reach the brightly lit airway by night.

There was a provision for an emergency. As part of the project, the government constructed lighted emergency airfields every 30 km along the route.

Interestingly, the first airmail flight during night took off on July 1, 1924. 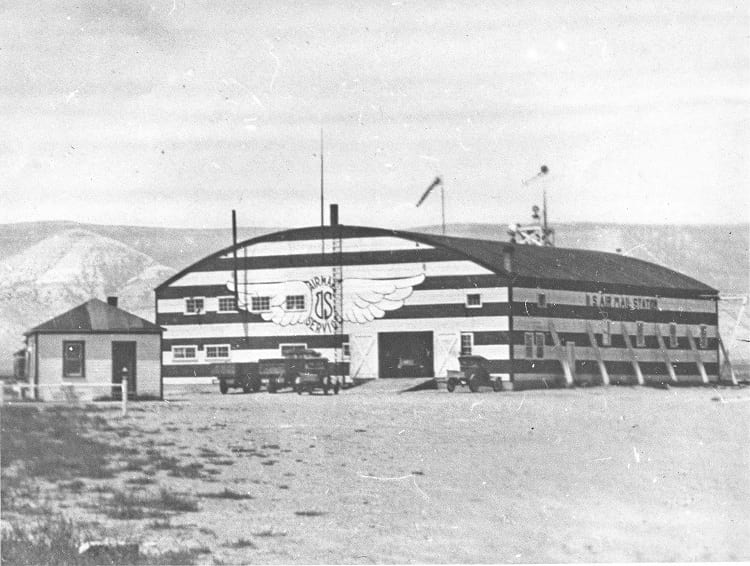 In this way, more than 100 years ago, the US Postal Service created its own trusted long distance navigation system as there was no GPS then.

Soon enough, the US Department of Commerce decommissioned the arrows and also the beacons after WWII broke out. The 51 feet beacon towers were torn down and used to manufacture war machines. 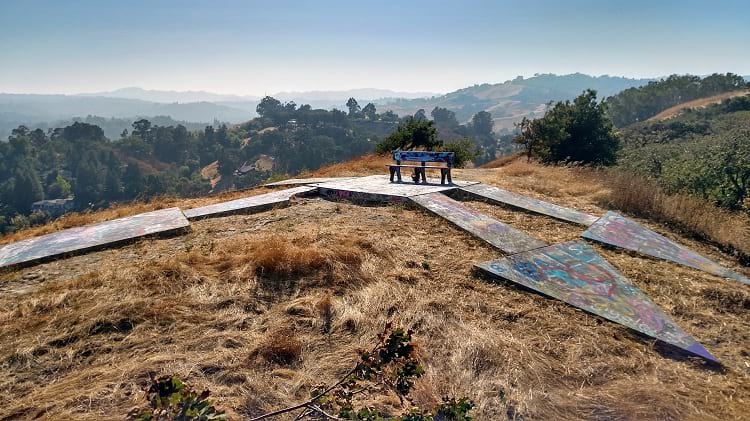 In spite of removing hundreds of bright yellow concrete arrows, hundreds more remain even today. In some, the yellow paint is gone. In some more, there are cracks in the concrete due to winter frost.

Nobody crosses their path today, except for an occasional hiker, a backpacker or a coyote, thus ending the story of the Transcontinental Airway System.

Enjoyed this article? Also, check out “With Alternative Systems in the Pipeline, Global Positioning System, GPS is Here to Stay“.

Previous Article
Atlantropa: The Ambitious Idea of Uniting Europe and Africa by Draining the Mediterranean
Next Article
From Textiles to Mercedes, Tata Motors Have Come a Long Way