The Concorde Jet: The Golden Run and Tragic Fall of the Legendary Aircraft 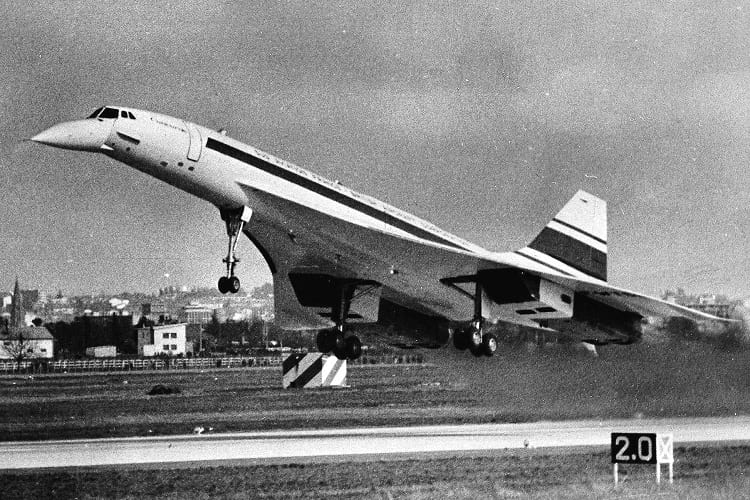 Born a symbol of diplomacy and progress, the first supersonic passenger airliner- the iconic Concorde jet died a symbol of complete failure. Some might say, the project was doomed from the start- created after an Anglo-French treaty, where both parties were obliged to make compromises. Costing taxpayers from both nations billions of dollars, the Concorde’s expensive journey from research to manufacture had been one of the primary grievances against it.

Following the crash of Air France Flight 4590, in 2000, it was decided that the Concorde would be taken out of service. Consequently, in 2003 after 27 years of service, the world’s greatest and most famous aircraft was finally grounded. Air France retired their Concords first, and British Airways followed suit, grounding their jets as well.

The Concorde has always been a controversial presence- toeing the line between a graceful design, and a noisy polluting metal monster. However, the debates take a murkier turn when one starts to wonder why the Concorde was taken out of service. Was it because it was a fanciful luxury ride afforded only by the ultra-rich? Or, were the fears over its possible safety hazards mere eyewash, and functional design was retired simply because of the politics surrounding it?

The Concorde jet was undoubtedly a technological masterpiece. The joint-program between England and France that birthed this revolutionary design was in itself quite radical. The Concorde was the first aeroplane with computer-controlled air intakes. This allowed it to slow down the air-flow into the engines to 1,000mph within 4.5 metres of space. Preventing the engines from combusting, this feature was a significant leap in the world of aviation and technological sophistry. Fly-by-wire controls and carbon-filter brakes, now made commonplace by Airbus, were an impressive addition to the innovative design of the Concorde in the 60s. Nicknamed ‘Pocket-Rocket’, the Concorde was extremely compact in size.

Visually distinctive, one could recognise a Concorde simply by its unique ogival wings and long drooping nose. These design elements were, in fact, highly functional. The slender ‘ogival’ wing of the Concorde was a modification of the optimum delta. These wings allowed it to be more efficient at low speeds, especially during landings and take-offs. The dipped nose allowed for a streamlined flight but could be lowered to afford a better field of vision while taking off or touching down. One could then fly long distances safely and in half the time, mirroring the speed of sound. Tourism got a boost like never before- encouraging people to fly across the Atlantic. 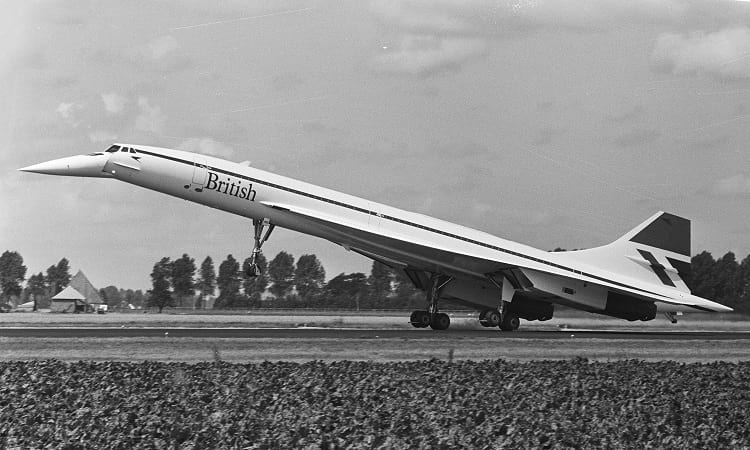 These unique and iconic visuals, along with its innovative technology, made the Concord a rage amongst passengers and media alike.

In 1962, Geoffroy de Courcel of France and Julian Amery from the UK came together to sign the Anglo-French supersonic airliner treaty. Consequently, in 1969, the British-built prototype took flight under test-pilot Brian Trubshaw. On October 1, 1969, the first Concorde supersonic jet made its historic take-off.

The commercial flights came around a decade later, on January 21, 1976. The British Airways Concorde and the Air France Concorde took their first commercial flights- from London to Bahrain, and Paris to Rio de Janeiro, respectively. The service flourished between ‘76 and 2000, and the Concorde ferried innumerable aircraft enthusiasts and wealthy travellers. In 2000, a tragic crash in Paris killing 113 people, proved to mark the end of the Concorde’s golden career. However, the Concorde managed to recuperate and come back to active service the year after, but it was not the same. An astonishing £71 million was shelled out to improve the safety features of the airline. However, in 2003, both British Airways and Air France decided to pull out the Concorde. In October 2003, the Concorde touched down for the last time.

Why was the Concorde jet really grounded? 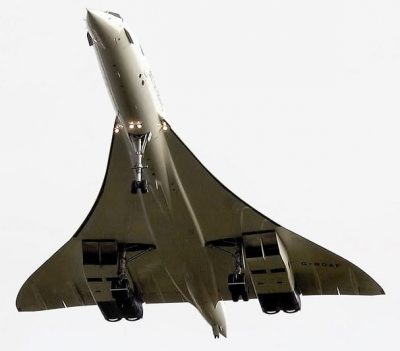 Nobody can deny the technological marvel that the Concorde jet was, however, it was definitely not the most efficient design. After oil prices reached astronomical figures, it was soon realised that fuel-to-speed conversion, which formed the basis of the design, was a major setback. In an age where fuel prices are only ever increasing, the Concorde’s extremely high energy consumption was as unprofitable as could be. The aircraft was also exceedingly noisy.

The Concorde was an iconic design, and it brought along with it the tag of elitism and prestige. This had appealed back in the day to a certain bourgeoisie demographic willing to pay for it. In the economy of the modern world, however, takers for this kind of luxury were few and far in between. Logistically, the Concorde’s antiquated service should have been grounded back in the ‘80s.

Another setback was the extremely low range that the Concorde commuted- barely making it from the UK to US East Coast. It could not even span the rest of the American continent. While a standard Boeing 747 could fly twice as far and carry over 400 passengers, the Concorde’s passenger capacity was a mere 100. At the same time, the Concorde consumed just as much fuel as the Boeing 747.

Thus we can see how it was not just the politics around it, or the tragic crash of 2000, that caused the Concorde to retire. In fact, Air France and British Airways were already in talks to ground the service in phases.

The Concorde was an emotion, not just an aircraft

The Concorde jet, being the icon of progress that it was, had many emotions attached to it. The Apollo 11, that allowed Man to step foot on the Moon, was deemed inferior to the Concorde by Ben Lord (Save Concorde Group). The technological mastery was praised to no ends. Jock Lowe, the longest serving pilot of the Concorde and president of the Royal Aeronautical Society, famously remarked: “no military plane came anywhere close”.

The Concorde was simply not made for the modern cost-conscious world. Its focus on speed and glamour that had once made it soar to its golden heights, were also what cemented its fate in stone. Will the Concorde ever be redesigned to suit modern sensibilities, or will the legendary plane remain an exhibit in museums, is a never-ending discussion. Regardless of its failures, the faith, status and pride associated with this revolutionary airline can never be shaken.

Enjoyed this article? Also, check out “Hughes H-4 Hercules – The Largest Flying Boat That Flew for Only 26 Seconds“.

Previous Article
Bagger 288: One of the Heaviest Land Excavators on Earth
Next Article
Traditional Yaodong, Shaanxi Province: The Cave Dwellings in Which Many Chinese People Still Live