The Strange Case of Emperor Norton, the Self-Anointed Monarch of the United States 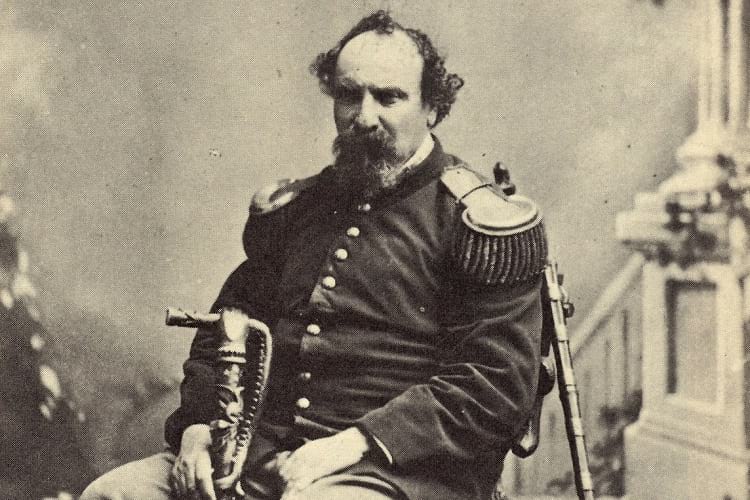 Some men seize the crown, some have it thrust upon them, and some crown themselves. Emperor Norton I of the United States was of the latter category. He acquired his royal stature by peaceful personal effort, and, if you think about it, this is no small achievement. It’s difficult to become royalty unless you have thuggish ancestors who steal other people’s lands and properties and call it legitimate conquest, or unless you marry someone with the thuggish ancestors.

Emperor Norton I of the United States 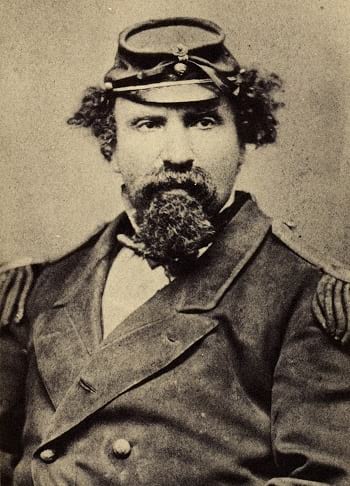 The citizens of the United States first heard they had a self-declared emperor when he published his first decree through the medium of the San Francisco Bulletin on 17 September 1859. He announced that he was proclaiming himself Emperor Norton I and he was going to alter the country’s laws to rid them of all their current evils.

It is incredible that the San Francisco Bulletin printed this decree, especially given that the new emperor had no riches to pay them for the publication. Newspaper spaces must have either a monetary or a newsworthy value, and so the Bulletin’s pro bono acceptance of an eccentric vagrant’s decree remains an odd thing. There were, however, more odd things to come.

The citizens of San Francisco, far from laughing off the pretender, endorsed him wholeheartedly. The general attitude was, if he wants to be an emperor, let him be an emperor. For the next twenty plus years, the farce continued.

The uniformed Emperor Norton I took daily strolls around ‘his’ city to inspect sidewalks, public properties, and public servants, and make sure everything was fine. He read in libraries and played chess. His citizens greeted him with salutes, free meals, free theatre tickets, free train tickets, free ferry tickets, and much more. 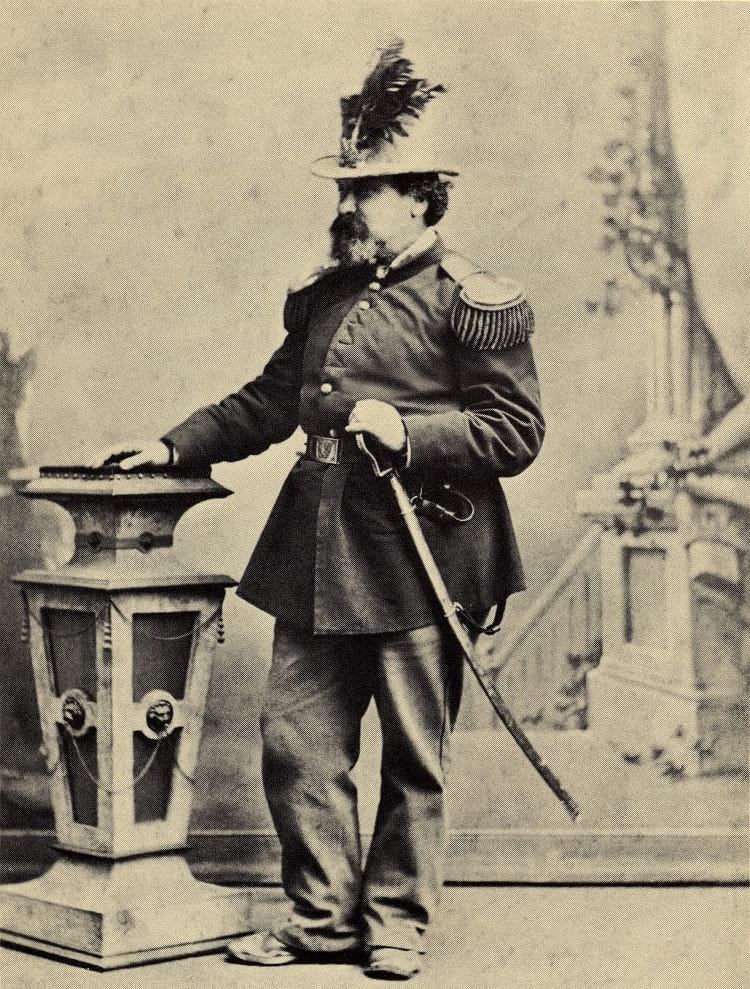 They listened to his impromptu philosophical lectures and some of them even paid him a voluntary tax, so he could live in relative comfort in a rented apartment. A few army men presented him with a new uniform, in striking blue with gold epaulettes, when they saw that his old one was getting tattered. He added a beaver hat with a feather and a cane to make himself regaler. The San Francisco Board of Supervisors scooped into public funds to pay the city dressmakers to make more new uniforms for him. When he decided he wanted to issue his own currency, the city printers even printed it for free. And, of course, the city newspapers continued publishing his numerous decrees.

Currency issued by the Imperial Government of Norton I. (Wells Fargo History Museum)

Emperor Norton I became one of the most well-known personalities in San Francisco. Tourists asked to take photographs with him in his imperial uniform and bought his imperial currency for souvenirs. The tourist shops sold Emperor Norton I dolls and some of the local restaurants drew in visitors by prominently displaying the imperial seal of approval: “By Appointment to His Imperial Majesty, Norton I.”

The man who became emperor of the United States

Emperor Norton I was born as Joshua Abraham Norton in humble circumstances in the United Kingdom in 1819. When he was one or two years old, his family moved to South Africa, and his father started a machine repair shop in Algoa Bay, Cape of Good Hope. The family appears to have done quite well for a while. In his early twenties, Joshua Norton started a business, failed, and returned to the family fold to work for his father. Shortly afterwards, tragedy struck and he lost his parents and brothers and was left alone with the $40,000 he inherited from his father’s estate. Deciding to make a new start, he set sail for the United States in 1849 to try his luck in the San Francisco Gold Rush.

In the United States, he prospered at the onset. The businesses he invested in did well and he became a millionaire and was well-known and well-respected in San Francisco. Then things went south.

In 1853, anticipating a rice shortage in San Francisco, he invested in Peruvian rice. With no other rice shipments coming in, he hoped to sell the rice at a high price and make a fortune. It turned out though that he had been duped. There was not going to be any rice shortage. Ships bearing Peruvian rice docked at San Francisco the very next day and with an abundance of rice in the market, the price of rice plummeted. Far from making a killing, Joshua Norton discovered that he was going to have to kill himself to repay the debts he had incurred with this transaction. He went to court and spent two years in fruitless litigation and ended up losing his entire new-found wealth. Ruined, he declared bankruptcy and then disappeared from San Francisco and was not seen for quite a while.

When he turned up next in September 1859, it was with the grand delusion of being Norton I, the Emperor of the United States. Had he really lost his mind? Or was this simply a clever ploy to become San Francisco’s most famous welfare-recipient? It’s hard to say, but he certainly managed to keep up his end royally.

The Reign of Emperor Norton I

Emperor Norton I showed himself to be a benevolent and prescient ruler. He called for women’s emancipation (liberation) and stood his ground once to protect Chinese workers from rioters.

His 1870s decrees called for building a bridge from San Francisco to Oakland and also an underwater tunnel. These projects were later built, but, despite an intensive lobbying by the fans of Emperor Norton I, the Bay Bridge, built in 1936, hasn’t been renamed in his honour.

To get rid of fraud and corruption in the public sphere, he called first for the abolishment of the US Congress on 12 October 1859 and then ordered General Winfield Scott to head for Washington to arrest the legislators. During the US American Civil War, he informed the concerned public that he had dissolved the US Congress and they could now look forward to him managing the country’s affair from his imperial helm. To reassure the Mexicans when the French attacked them, he declared himself as Protector of Mexico. 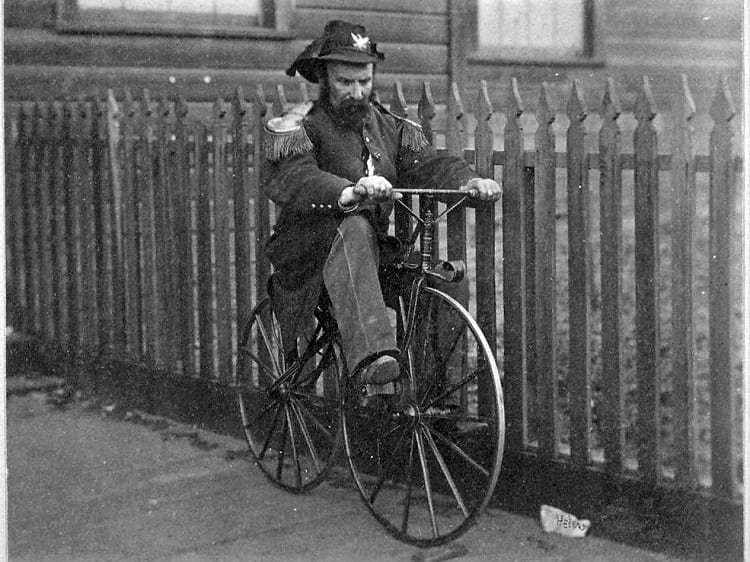 In 1872, he said he was going to fine people $25 if they dared to mar San Francisco’s beautiful name with shortened version ‘Frisco’. That, according to him, was an intolerable abomination.

When Emperor Pedro II of Brazil visited San Francisco, the citizens made sure he had a meeting with their Emperor Norton I. The two royals had tea together, but their conversation doesn’t appear to have been recorded for posterity.

He was a familiar sight on the streets of San Francisco, resplendent in his uniform, accompanied by two stray dogs, Bummer and Lazarus. A local cartoonist, Edward Jump, caricatured the Emperor and his dogs and tall tales sprang up about the animals. Contrary to what everyone grew to believe, Emperor Norton I did not own these dogs. He simply fed them when he ate at the free meal counters. Illustration by Edward Jump of Emperor Norton I with Bummer and Lazarus. (Edward Jump / sfgate.com)

In 1867, Armand Barbier, a private security guard with a local auxiliary force, had the temerity to arrest Emperor Norton I for vagrancy and wanted to dispatch him to a mental institution. The public reacted with outrage and the newspapers mirrored this. The Daily Alta declared that there was no cause to arrest him, since he had not unlike some of the public figures, harmed anybody. He was quickly released and showed himself magnanimous enough to issue a royal pardon for Armand Barbier. Thereafter, the city’s policemen left him unmolested and even saluted when they met him in the streets.

Emperor Norton I also came to the notice of the leading literary figures of the day, Mark Twain and Robert Louis Stevenson, and they both immortalized him as characters in their novels ‘The Adventures of Huckleberry Finn’ and ‘The Wrecker,’ respectively.

Death of Emperor Norton I

On 8 January 1880, while on his way to lecture at the California Academy of Sciences, Emperor Norton I suffered a heart attack and collapsed on the street. A policeman came to his aid and summoned a carriage to take him to the hospital. It was too late to save him, however. He was pronounced dead at the hospital.

His death made headline news in many US American newspapers. The San Francisco Chronicle declared ‘Le Roi Est Mort’ and all the newspapers agreed that he would be deeply missed.

Upon his death, the many rumours that had circulated over the years about his being an eccentric and secretly wealthy man were laid to rest. It was discovered that he had, in fact, been very impoverished and did not have much by way of personal belongings. There was not even enough money to pay for his funeral. He would have had a pauper’s burial, except for the businessmen of San Francisco’s Pacific Club, who contributed money for a funeral befitting an emperor. Large numbers of the city’s residents turned up to pay their last respects to Emperor Norton I and he was buried in San Francisco’s Masonic Cemetery. It was a fine testament to the kindness and generosity of the people of San Francisco.

Enjoyed this article? Also, check out “Mansa Musa: The ‘Golden’ Emperor of Mali Who Was Reputedly the Richest Man Ever“.

Previous Article
Terracotta Army: An Army to Protect the Dead in Their Afterlife
Next Article
Decapitation and Consciousness: How Long Can a Decapitated Head Remain Conscious?