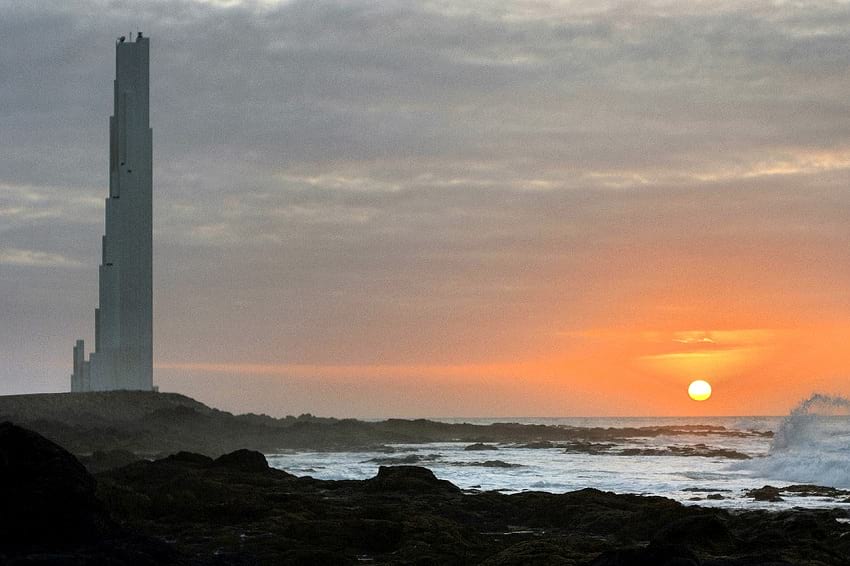 The Punta del Hidalgo Lighthouse is a very elegant and charmingly constructed lighthouse, with a whiff of that ‘modernity’ which took the world by storm in the twentieth century. Situated on the Northeast coast of Tenerife in the Canary Islands, it is an angular piece of architecture that stretches 50 metres (160 ft) high.

Lighthouses are prominent constructions that stand tall and alone, as answers to prayers for those at sea. Thousands of lighthouses continue to exist around the world, some occupied while some are deserted, but all of them are nestled well in the laces of stories that have been strung around them.

A stairway to heaven

Modern Architecture has a focus on sleek and elegant design without excessive frills. The overall look, even if imaginative and artistically inclined, never sacrifices on utilitarianism. The Punta del Hidalgo reflects these very facets of modern architecture.

The structure is constructed as a unique angular design with unequal, irregular pillars piled up one on top of the other, in ascending order. It is formed on a triangular base, the smallest vortex supporting the lowest, tiniest pillar and so forth. The smaller pillars combine together to form a large square pillar facing the sea while supporting a small light post. The façade of the Lighthouse is reminiscent of a giant stairway rising towards the sky. The appearance of the lighthouse is striking and prominent to sailors and tourists both, acting as a homing beacon for those at sea. Light from this lighthouse can be seen up to 16 nautical miles in a systematic pattern of two flashes of white light every seven seconds.

Safety and precaution at sea have always been a huge issue. News of shipwrecks, unforeseen boundaries or rocks crashing onto a ship has consistently resulted in tragedies beyond imagination. Thus came the maritime lighting plan in the 1980s whose aim was to include more lights along the Canary Islands, in an effort to provide as much protection as possible.

The year 1992 witnessed the completion of this iconic structure and within the next two years, it had actively begun operating. The height of the lighthouse is about one hundred and sixty feet, built out of specially reinforced concrete. This special material is made by embedding steel into concrete as a reinforcing element that adds to its tensile strength and ductility. Coloured concrete was also used to provide the structure of the Punta del Hidalgo lighthouse with an elegant white finish.

The Puerto de la Cruz is another such iconic construction, like the Punta del Hidalgo, which embraces the coast of Tenerife. Part of the same maritime lighting plan, this lighthouse is situated on the southwest of the Punta de Hidalgo. Puerto de la Cruz lighthouse is situated within a seafront car park. It is commonly referred to as a “remarkable modern design” and is built of a metal framework of dark coloured steel. It encircles an exposed flight of stairs that leads to the top of the lighthouse. It is about thirty-one feet above the sea level but stands in contrasting colours from Punta de Hidalgo. The fascinating view from the top to the base of the lighthouse almost brings to mind Hitchcock’s Vertigo.

The lighthouse was built completely about ten years after the maritime plan was drawn up back in the 1980s. Two concrete towers rise up, one like a square and the other spirals upwards. The spiral staircase leads to the top of the tower which houses a lantern room and galleries. A height of twenty hundred and fifty-three feet above sea level, its light reaches about twenty nautical miles. There is a systematic pattern of about four flashes of light that appear every eleven seconds. 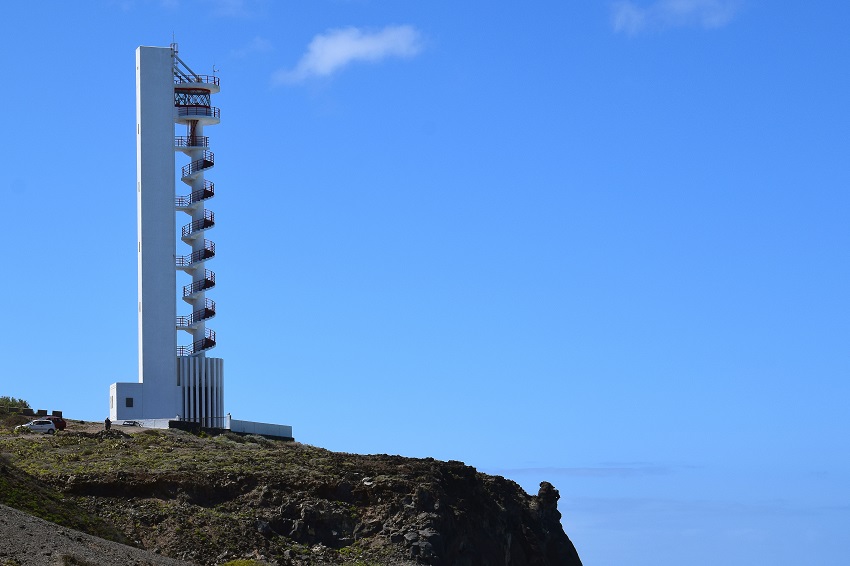 A lighthouse continues to be a successfully useful navigational aid for maritime purposes. In spite of its traditional use, these modern lighthouses stand apart in terms of their unique visual and structural aesthetic. The Punta del Hidalgo lighthouse is dipped in an overwhelming aura of poise and elegance. The lighthouse, therefore, is a very popular tourist spot for the free-spirited, or the one with a discerning eye for design. It is a relaxing getaway from the chaos and crowd of the city. The lighthouse makes for the perfect backdrop for lazing through the day engrossed in a book, till the sunset bathes the sea in flame-like hues. What’s more, the Punta del Hidalgo forms the ideal backdrop for the vacationing millennial ever in search of an aesthetic Instagram photo. A secret getaway spot nestled at the edge of the Canary Islands, Punta del Hidalgo, has earned its nickname as the ‘beacon of hope’.

Enjoyed this article? Also, check out “Astana: An Ultra Modern Capital City Right in the Middle of Vast Empty Grasslands“.

Previous Article
Lost Cosmonauts of USSR: Did the Soviet Union Cover up its Secret Cosmonaut Casualties?
Next Article
Bhopal Gas Tragedy: India’s Very Own Chernobyl That Affected Over Half a Million People