Digital Beijing Building: The Landmark of 2008 Beijing Olympics is Now a Virtual Museum and Exhibition Centre 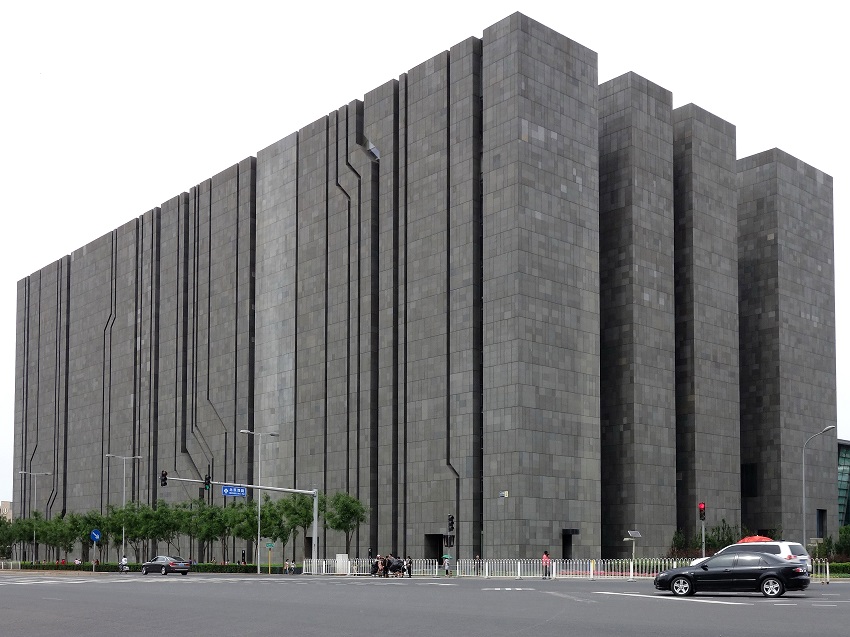 The Building’s location was strategically picked so it could be in the same zone as the Olympics Centre, the National Swimming Centre, etc. Located at the north-western intersection of Beichen West and Anxiang North roads on Olympic Green, in the Chaoyang District of Beijing, China, the Digital Beijing Building’s primary purpose was to store information and serve as a control centre during the Beijing Olympics.

What’s interesting is that to build this architectural marvel, a contest was held to effectively pick from a host of spectacular designs that could have been the “Digital Beijing Building”. Ultimately, it was Pei Zhu whose design was selected from amongst the eight participants in the contest. The work on the building began in 2005, and it was officially completed on November 3, 2007. 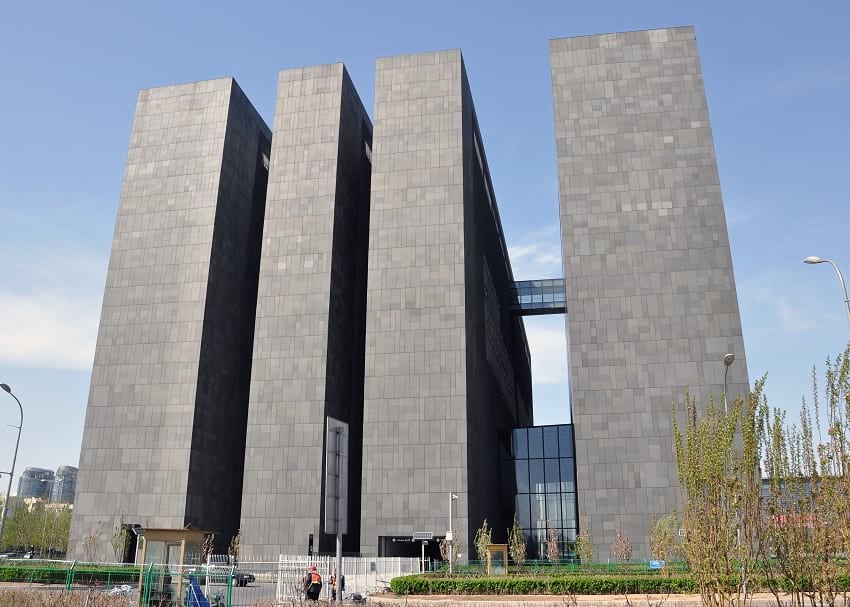 Side view of the Digital Beijing Building. (Hat600 / Wikimedia Commons)

While retaining the essence of Chinese heritage and traditional designs, the building also reflects what a futuristic building looks like. Fascinatingly, from the different angles and vantage points, the Digital Beijing Building can be observed both as a circuit board and a bar code.

While the design stands unique, it has been compared to Orwell’s Ministry of Truth. While having 2 levels that go underground, it has an elevation of 11 floors above-ground. The four different blocks that constitute the building, when viewed one after another, are reminiscent of symmetrical dominos in a line that could be tipped over. These four blocks appear to be disconnected from each other when viewed aerially, but in reality, it is connected at a large central point that provides passage to people to go from one block to another. The disconnected bit makes it look like a barcode in the sense that there are alternating gaps after each block.

Chinese philosophy dictates that when there is any kind of progress, the natural realm creates a connection automatically. The progress made can be of any kind, be it physical, technological, or scientific. To reflect this philosophy from the very materials used as building-blocks itself, two relatively advanced materials were used in the construction of the Digital Beijing Building, which were newly developed and had been tested by Zhu earlier for one of his projects. Fibre-reinforced plastic was used for the exteriors, and the material proved to be conducive for use on the inside as well, thus rendering an effect that was strikingly similar to the “urban carpet” which was the mastermind of Zaha Hadid. This would be a “digital carpet” and had enough tensile strength to hold pedestrians walking on bridges made of this material. A part of the exterior was composed of aluminium which was supplied by a local beverage maker and was made to look like stone if viewed from a distance.

The flat roof helps in the collection of rainwater, which is then harvested and passed through filters to be used in the building. An LED lighting system throughout the building equipped with certain advanced features helps in the effective reduction of the quantity of electricity used.

Glass and concrete panels are integrated into the exterior plane of the building, with certain basic metallic shafts in the empty spaces situated between the four blocks. The glass curtain panel reduces the overall energy usage by reducing the intensity of heat that enters the building, thereby reducing the amount of energy that would have otherwise been used for air-conditioning and cooling mechanisms. When the sun sets, the green LED lights, which are set in the grooves of the walls on the east side of the building, are turned on.

Sprawling across an area of 100,000 square meters, and standing tall at 57 meters, the building was used as a data centre during the Olympics, following which it was converted into a virtual museum. The Digital Beijing Building has proved critical to various technological companies for displaying their digital products and services. The philosophy of its creators when the building was first conceptualized was that the Beijing Digital Building would never effectively be ‘complete’. They hoped it would be continuously renovated and improved upon to keep pace with the changing technology and needs of the era.

Previous Article
Bristlecone Pine: The Oldest Trees of Our Planet
Next Article
Can a Spider Spin Webs on Acid and Other Drugs?