Lost Cosmonauts of USSR: Did the Soviet Union Cover up its Secret Cosmonaut Casualties?

Today, we realise that USSR’s Yuri Gagarin was the first man to journey into outer space and USA’s Neil Armstrong was the first to set foot on the Moon. However, there are many conspiracy theorists, keep refuting the claims and call these events as a hoax.

Space travels have always come at a great cost, post-WW-II when the Cold War between the Soviet Union and USA was at its peak, both countries were trying their best to be one up on the other in the space race. It is said that during this period there were certain secret Soviet space programs that had gone awry, with cosmonauts never making it back, to either their country or planet.

There are also many conspiracy theories that corroborate the fact that the Soviets had sent cosmonauts in space prior to Gagarin, but they were considered either lost or dead while reentering into the Earth’s atmosphere. It is said that to avoid bad publicity and not lose the space race, the USSR covered up the failed events.

Interestingly, one name that stands out in the list of lost cosmonauts is Ivan Ivanovich, which had fueled the world’s interest in space flights. In March of 1961, the Soviets sent a test flight into outer space with Ivan Ivanovich aboard, along with some reptiles and critters. The manned test flight returned successfully, but when media covered the entire event and spotted the lifeless body of the cosmonaut inside, they began speculating that the Soviet mission had ended in tragedy.

Ivan Ivanovich was in fact, a life-like mannequin placed inside the flight to test whether it could be a success for future programs. Ivan was sent in space again a week later, which set the stage for Gagarin’s grand spaceflight – Vostok 1 – giving USSR an edge over her competitors. 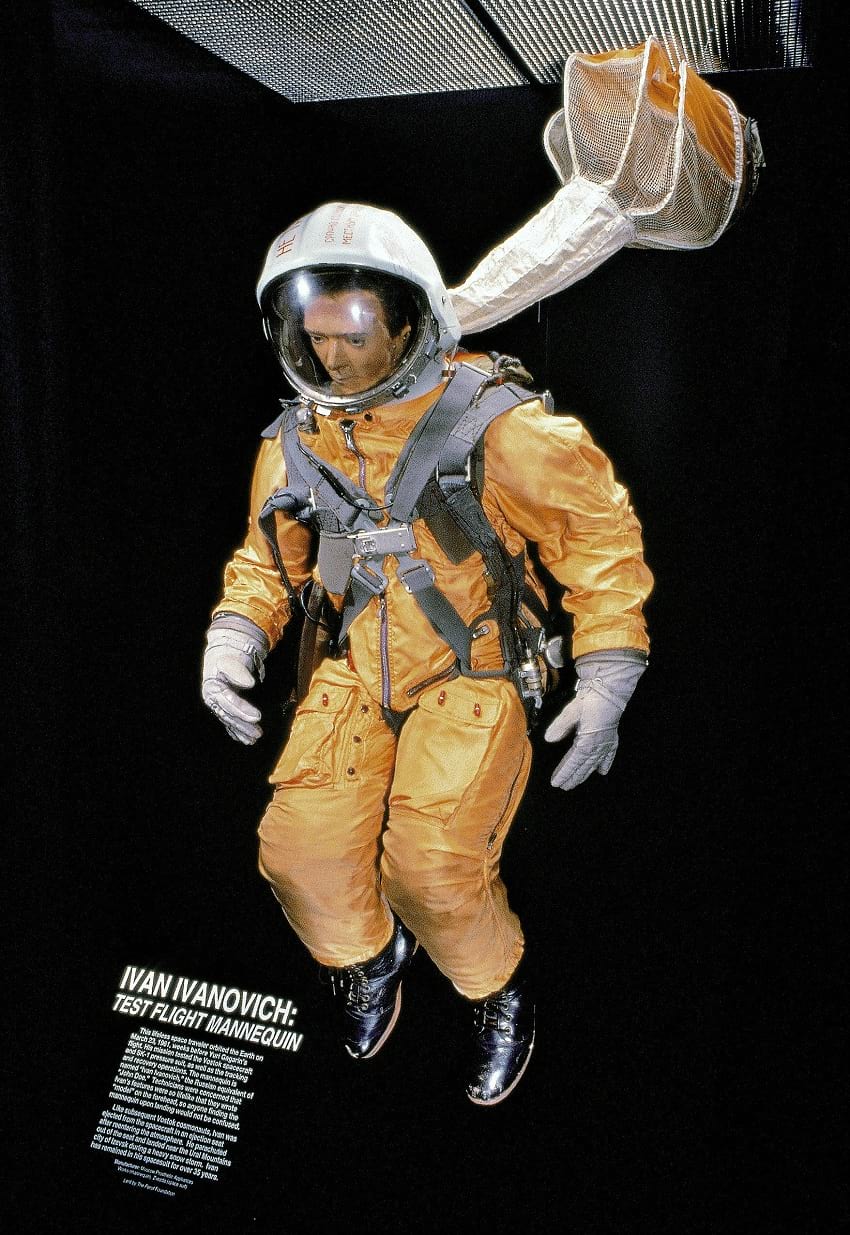 Was Vladimir Ilyushin the first man in space?

Apart from these lost cosmonaut theories, there was one theory, which particularly drew the world’s attention. Vladimir Ilyushin, a test pilot and later Soviet general, was the constant subject of a conspiracy theory, which stated that he was the first man in space rather than Yuri Gagarin. While USA was racing against the USSR to launch their first vehicle in space in the 1960s, it was alleged that Soviets had already sent Ilyushin into space a week before Gagarin. His spaceflight had steered off course and landed in China, where he was held as a prisoner for a year, before being sent back to USSR. It was later assumed that his death in a car crash was only the Soviet Union’s way of covering up the failed launch.

Among all these allegations, two Italian brothers known as Judica-Cordiglia brothers came forward with startling discoveries. In the late 50s, Achille and Giovanni Battista set up their experimental radio station with homemade equipment on an abandoned German bunker. It had all the necessary listening equipment, which they claimed had picked up radio frequencies from several space missions, which were secretly being carried out by the Soviet Union.

They called the site Torre Bert, from where they started to eavesdrop into the frequencies of the secret Soviet space missions. The twosome claimed to have picked up conversations between the cosmonauts and ground stations that lasted for a few seconds as the space shuttles passed over their city. As their makeshift radio station grew, the brothers hired more amateur space enthusiasts, who helped them in their endeavour to dig deeper into Soviet Union’s dark secrets. They claimed to have come up with as many as nine recordings, which picked up disaster signals and cosmonauts crying out for help as they re-entered into the Earth’s atmosphere.

Most of the recordings were of labored breathing of cosmonauts, an astronaut dying due to heart failure on one occasion and at one time, a cryptic message had been sent to the ground station. They also claimed to have heard distress signals from astronauts, whose existence was never reported by the Soviets. The brothers’ recordings were more than enough to prove that the Soviet Union had failed miserably in their space venture, resulting in casualties and losing their cosmonauts.

While The US hailed the efforts of the Italian brothers, the USSR rubbished their claims, for they could have possibly brought the country’s space malfunctioning to the fore.

Enjoyed this article? Also, check out “The Soyuz 11 Tragedy – The Death of Three Soviet Cosmonauts in Space“.

Recommended Read:
Starman: The Truth Behind the Legend of Yuri Gagarin | By Piers Bizony