Much of the modern industrial world can be blamed for unbalancing our delicate ecosystem and driving many species to extinction. Less maligned (and rightly so) are the more traditional cultures, living off the land and leaving it as they found it. If largely undisturbed, it will retain the high probability of returning to its original state of Gaia. Yet, there are a few exceptions to this notion, notably in Asia and the central belt of Africa, where poaching has made several species of Pangolin endangered (their scales are said to improve ailments in humans). A similar tragedy is erupting in Papua New Guinea also. One such species that is under threat here is the Vulturine Parrot, another moniker for Pesquet’s Parrot, a fig-eating species who dwells in the nooks and crannies of trees.

The Bird’s Habitat and Diet

Pesquet’s parrots are indigenous to the island of New Guinea, living in hills and mountains at elevations of over 600 meters. Being frugivorous, their favourite food is figs, especially the ones found on Ficus trees but they will consume softer items such as fruits like mangos and bananas. As well as flower blossoms and nectars if necessary. Breeding takes place in the nooks and crannies of hollow trees, where nesting eggs will typically have a maximum incubation time of 30 days.

Some feathers of these birds are so naturally eye-catching that many natives of the volcanic island will adorn them as part of their attire for special occasions – mostly as a form of hat. They are almost exclusively made of plumage from the bodies of Pesquet’s Parrots among others. The headdresses are called Bilas and are essentially extravagant plumes emanating from the top of a wearer’s head. While the Pesquet’s parrots have mostly black features on most of its body, it is the striking red feathers on its underbelly which is the most sought after. The demand for said feathers is causing an issue. So much so, that the birds in question have been forced onto a path of extinction. Three birds need to be killed in order to make one headdress alone. The animals are selling for a high price.

Efforts to save the Pesquet’s parrot have fallen on deaf ears, especially in a country where communication is difficult. The flight-path and habitats of the species stretch all across the island which adds to the difficulty. For this reason, instead of saving them, scientists are now proposing that they protect – or rather the wearers – protect the headdresses, so they don’t need to be replaced so frequently. They are seldom adorned – sometimes only once a year for wedding ceremonies – so they should be maintained better is the voice of many activists. Owners are encouraged to wrap them in bamboo sheets or to keep them in sealed storage containers. A conservation-NGO called WCS has even created protection kits which they send out for free to anyone who wants them. The Pesquet’s Parrot has a featherless face, which was most likely adapted to avoid a sticky face from the fruit’s pulp. (Doug Janson / Wikimedia Commons)

“The PNG [Papua New Guinea] country vision fits within the global vision of WCS [Wildlife Conservationist Society], which “envisions a world where wildlife thrives in healthy lands and seas, valued by societies that embrace and benefit from the diversity and integrity of life on earth.

PNG retains large areas of intact rainforest and globally important wildlife such as the iconic and spectacular Birds of Paradise and the giant flightless Cassowarys, unusual mammals such as Tree Kangaroos and the egg-laying Long-beaked Echidna, and the world’s most diverse coral seas”.”

Substitute feathers are also an option, as is borrowing from relatives and friends. But these techniques are vastly unpopular as it goes against tradition and the mindless momentum of fashion.

A former Miss Papua New Guinea, Grace Nugi’ is now one of the most prominent protesters. She states that these particular feathers were not used until the 1960’s (with any feather being used in the past) therefore it is not a long-held tradition to use the Pesquet anyway. More so, the frequency of festivity has changed, as the younger generations will wear the Bilas at more events than just weddings, such as at graduations. 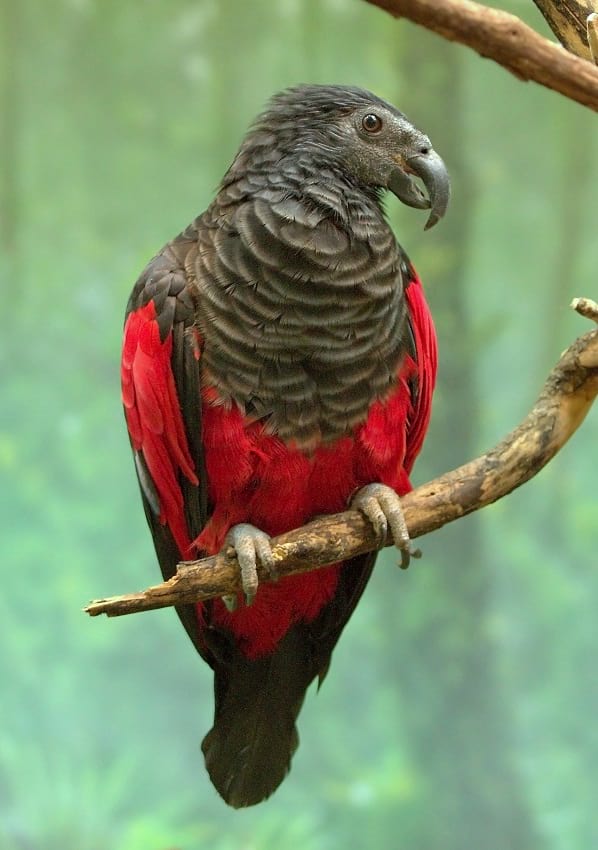 If you handed an image to people, showing the carcasses of Pangolins and Pesquet’s Parrot, most would feel an element of sadness. And this would be heightened, if you explained that these species are being hunted to the edge of extinction for fancy clothes and scientifically-unproved medicines. And yet not many people would change their ways if they were directly involved in the culling of these animals. We see it every day, in every corner of the world, where our indifference towards the suffering of these creatures and our world is staggering. To those who commit the acts, the only explanation for the majority can be that money breeds malice in mankind. The Neanderthals who do not see it a problem should be castigated less as they have no control over their education or DNA. As should those who were born into the world without hope, and desperately need the money.

It seems that NGOs and protesters can only do so much, and in Papua New Guinea – as with the rest of the world – extreme measures will have to be made by governments if we are to have any chance of saving species, saving our world and saving ourselves in the process.

Previous Article
Rakotzbrücke: ‘The Devil’s Bridge’ which Looks Straight Out of a Fairytale
Next Article
Lost Cosmonauts of USSR: Did the Soviet Union Cover up its Secret Cosmonaut Casualties?