Everyone seemingly looks for a quiet, little place now and then to get some solace and respite from the clamour of the crowded and bustling world around us. Being in a quiet place for a while can almost seem like achieving Nirvana.

It is somewhat balmy for our jangled nerves. However, even such a sensible thought sometimes can immeasurably go awry. Orfield Laboratories in Minnesota is dubbed to be the quietest place on earth as per the Guinness World Records.

It has reported 99.9% sound absorption factor and decibel readings below -2.5. It is a nondescript concrete building, a 15-minute ride from Minneapolis. It is so unusually quiet that the maximum time a person can endure it is 45 minutes.

The characteristic uneasiness of the anechoic room

The room inside is uncannily silent with background noise measurements reaching average negative decibels of ~9.4 dBA. The founder of the laboratory is Steven Orfield.

He has, on multiple occasions challenged people to ensconce themselves in the dark anechoic chamber and try-out their degree of adaptability to quietude. Only a reporter is claimed to have sustained in the room for 45 minutes.

When a place is quiet, the ears adjust accordingly. The more the room is bereft of sound, the more one can start hearing things around. Precisely, in an anechoic chamber, the person becomes the sound.

The sound of different bodily functions like heartbeats, lungs calling out, blood rushing through the veins, the stomach babbling loudly, sounds of friction between your knees and elbows, bones brushing against one another – all of these can be heard.

Unexpectedly, far from being serene and peaceful a great many people find its ideal quietness very annoying. Being denied of the regular comforting ambient sounds can actuate fear. This explains why sensory deprivation is tortuous.

Industrial use of Orfield for sound testing

In any case, the room is meant not just for tormenting people. Many companies carry out the testing of their products to evaluate the loudness metric. These include testing of heart valves, the sound of a cell phone, the sound of a switch used on a car dashboard.

Motorcycle manufacturing giant Harley Davidson uses the lab to fabricate bikes that bear all the same voice like a Harley but quiet to a slight extent. Even products like LED displays are also tried and tested to ensure less loud volumes. 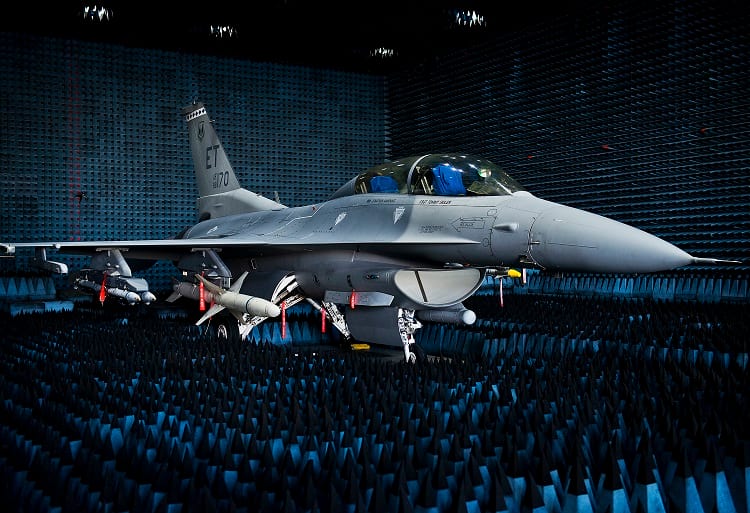 Whirlpool, the incredibly reputed washing-machine maker uses the Labs to create metaphors like “for what sound should actually sound like”. Even NASA has utilized this space as a simulation platform to acclimatize their astronauts to the soundlessness of the outer space.

Even the room is surmised to be a highly disorienting place and people often have problems to align themselves, stand straight or even walk. As the anechoic chamber is devoid of any signal it becomes burdensome to maintain balance and manoeuvre.

Cues are plucked off, consciousness becomes distorted, and your equilibrium and motion becomes nearly an unthinkable feat. Plonking oneself on a chair is the only way you can keep up inside this eerily silent space for as much the little time you bear to stay inside it.

Being confined in the anechoic chamber for more than 15 minutes is believed to engender outrageous symptoms like claustrophobia, nausea, aural hallucinations and panic attacks.

A violinist once attempted to wait inside the room. But, he started pounding the door after a couple of moments requesting to be let out of the place as he was so aggravated by its quietness. His perception of noiselessness was impaired by a scintilla of desperation.

Structure of the anechoic chamber

It is hugely insulated and its ultra-quietness is attained with double-walled layers of concrete and steel.  It also has in-built 3.3-foot-thick crosshatched fibreglass acoustic wedges of buffers that suck out all the sound.

The floor, formed with a suspended meshwork of hand-pulled and hand-tightened airplane cables is designed to arrest the resonance of footfalls. Underneath the cable web is a hollowed bottom stuffed with additional fibreglass taperings. This fortifies all the six sides of the room to exclusively absorb all the sound waves.  Basically, there is a room inside a room, inside a room and which is why the place is extraordinarily quiet.

The anechoic chamber is reported to have degrees of quietness that is 1/16th part of even the softest whisper measuring 20 decibels.

Prior to the coming up of the Orfield Laboratories, the site was Sound 80 Studios. It was the place where Bob Dylan had recorded Blood on the Tracks. And perhaps, more worth mentioning is Lipps Inc putting “Funkytown” on wax.

Sound 80 was an erstwhile client of Orfield. When the Labs assumed the control and took charge over the building, they additionally put 3500 square feet of office space meant primarily for carrying out acoustic research.

This facility set-up then included this anechoic chamber and three other resonation chambers. There are two more fully functional recording studios in this historic building. These are currently put into service for standardized jury testing of sounds and sound quality.

Orfield Laboratories, as a federally certified acoustic lab, is essentially involved with product development, architecture and office research. They have well-defined aims to improve the living and working conditions of the general mankind especially for the elderly, disabled and autistic spectrum.

Orfield Labs has spent almost a decade doing research in close association with Autism Speaks and The Autism Society of America for the elderly and people with limited sensitivity and augmented sensory complications.

They also have valued contribution in the therapeutic silence treatment of people suffering from PTSD, hypersensitivity and other mental ailments.

Tour of the Orfield Laboratories

The anechoic chamber is accessible to anyone who wants to take a tour and feel the silence themselves. It has been made open to visitors with the numbers of curious travellers gradually expanding over time.

They come to explore and experience what bona fide silence truly implies. According to the Steven Orfield, the facility runs two tours per week.

The visitors are mostly outsiders and not from Minnesota. It can be a little gathering of up to ten individuals or a solitary person. The tours are charged according to the number of visitors.

Think about all the sound that consistently infuses into your body. Noise is an inevitable perpetuity that frequently overshadows any peace and quietude.

Although the lab’s maddening quietness is good for business, it is terrible for sanity. At Orfield, it appears that the best diversion of all is not the clamour but actually the silence.

Enjoyed this article? Also, check out “Vantablack: A Manmade Substance that is Blacker than the Blackest of Black“.

Previous Article
Human Greed for Power was Responsible for the Near Extinction of Bison during 19th Century
Next Article
Cave of the Crystals: A Geological Wonder with Giant Shimmering Crystals