The Morbid History of Death Masks 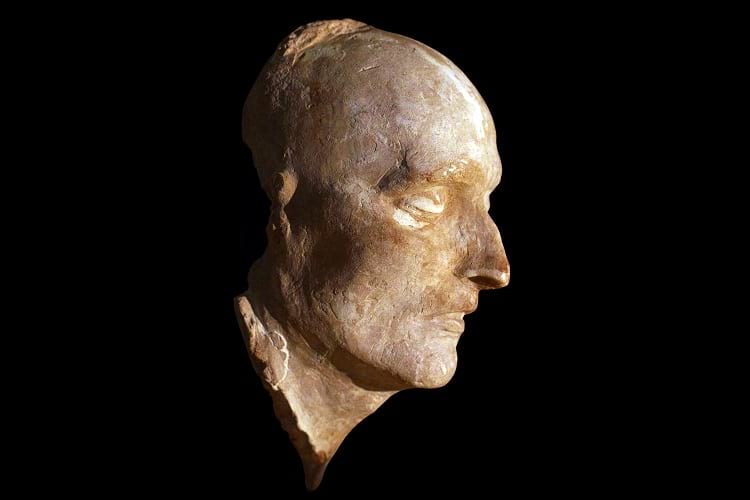 A resemblance of a person’s face, made either from a wax or a plaster cast, subsequent to death and directly from the dead body is essentially what a “death mask” is all about. Death masks have been used in large-scale as an effective means to consign the dead individual to an ever-lasting memory.

Death masks have found a prominent niche either as keepsakes of the dead or for the making of portraits. Sometimes, during the course of the making of the masks, the eyes were slightly tweaked to infuse a hint of aliveness on the subject. To retain the natural humanly elements, these casts brought the actual features out into the open by doing away with any kind of perfections. 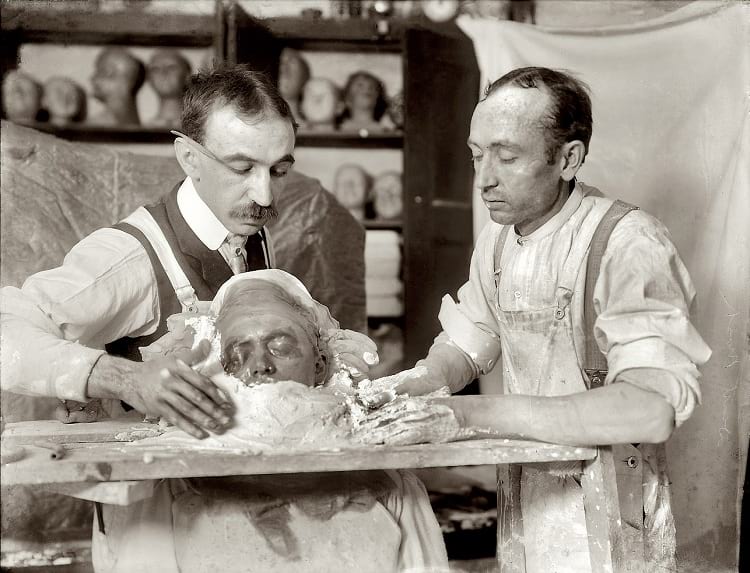 Two men in the process of making a death mask. (Bain News Service)

Origin and history of Death Masks 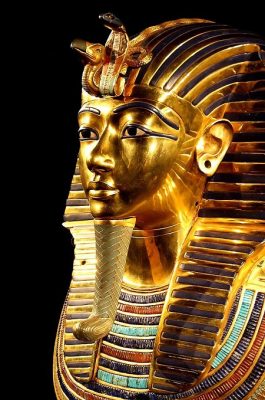 The tradition of creating a replica of the visage of a dead person is primarily an ancient practice that dates back to the times of the Egyptian Pharaohs and Roman kings.

The death masks were originally used by the Egyptians and Africans to perform some spiritual rituals. The Egyptians used to create the death masks as they had a firm faith that it was imperative to do an appropriate preservation of the dead body as the soul needed to find a refuge to live on, post the demise. Preservation was performed through embalming and mummification.

The most well-known mask belongs to Tutankhamun, the celebrated Pharaoh. His mask was positioned on the body to strengthen the escaping spirit and stand guard over the soul against any evil as a pivotal element in the mummification rite.

The ancient death masks were prepared from wood. Later the Egyptians made use of cartonnage; a special type of material derived from papyrus doused in plaster and finally moulded it on a wooden cast. Royal death masks had engravings of precious metals like gold and bronze.

Most of the death masks were created with marginally enlarged eyes and an imperceptible smile. They displayed the in-vogue fashion with apt relevance in makeup and jewellery. These death masks were afterwards opened out as full body human-shaped coffins with identical decorations and adornments.

Why did people need death masks?

Since the beginning of the Medieval Ages, death masks were put to use as memorials dedicated to the dead. Among a few tribes, death masks found use in ceremonies to offer homage to the departed. These rituals primarily solemnized the creation of the universe and the upheld concept of death as an eternal truth. In others, where there was a sacred connection with the ancestors, they facilitated the transition from the dead to the next ascendant of the family.

Death masks were also used as an instrument to help the soul of the deceased pass effortlessly to the other world. The respect of the burial service customs of mask dancing was also speculated as a means of protection from a likely retaliation from the dead, thereby fending off the risk of a meandering soul. 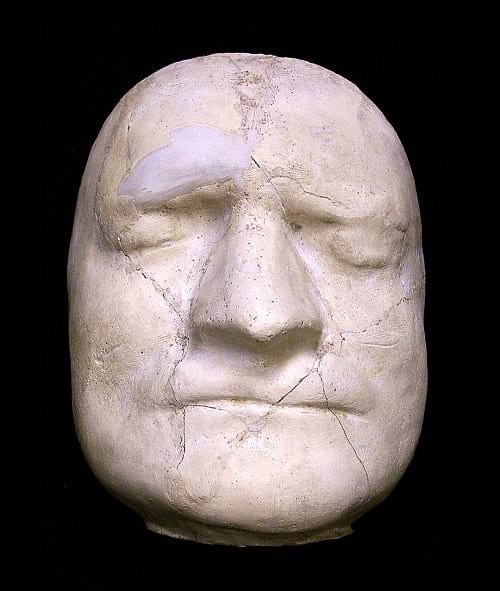 In a few cultures, especially in African and Native American societies and among the Oceanic tribes, death masks were looked upon as vital components of religious and social life. They used to believe that death masks opened the door for a medium of communication between the departed and the living in funerary rituals.

Even before photography was invented, death masks found their useful applicability by law enforcement agencies to register the traits of unclaimed bodies with expectations to identify them. Furthermore, death masks came to the aid and abet of the scientific studies of physiognomy.

The procedure of preparing a death mask

It is imperative to complete making the death mask within a few hours after the passing away of a person. This is necessary so as to evade the bloating of the body which in all probability distorts the body characteristics.

The first step involves applying grease on the facial surface to maintain the unscathed nature of the face and easily remove the cast. In the second step, the doctor wraps the face of the deceased with a double layered plaster bandage. 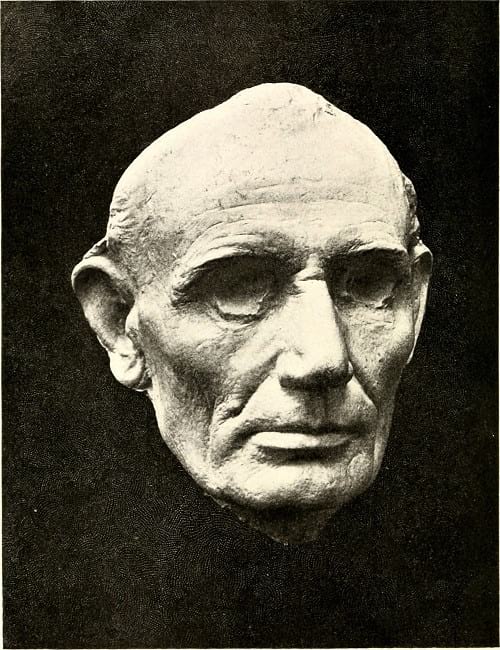 The primary layer would define the subtle elements of the face. The secondary layer would reinforce and make the cast strong. The plaster covering requires a couple of hours to be put down and settle. After removing the plaster, the cast would often be infused with wax or metallic substances to create the illusion of a three-dimensional portrayal.

How Madame Tussaud perfected the art?

It calls for no astonishment to discover that Madame Tussaud was one of the most renowned death mask artists of all times. She made her debut in this art by creating masks of people who perished in the course of the French Revolution.

Nevertheless, later on, she gravitated (although not by her own keenness) to the business of mask creation for executed aristocrats. This implies that most of her subjects were decapitated. Even Marie Antoinette became the model for Madame Tussaud shortly after her passing away. Bernard Tussaud the Great-grandson of Madame Tussaud finishing up the wax figures of Duke of Gloucester and Lady Alice Scott in 1935. (Derzsi Elekes Andor / Metapolisz Images)

Death masks were made to conserve the visages of the illustrious and historically noteworthy people, from kings, rulers and conquerors to authors, artists, composers and poets.

The prevalence and popularity of the death masks have significantly receded in the present times. Nonetheless, people still outstretch considerable efforts to safeguard the memories of their late loved ones with tombstones and custom celebrations.

In spite of the fact that death masks are mostly for the reminiscence of the bygone days, the ritual commemoration of the deceased individuals will live forever beyond any shadow of a doubt.