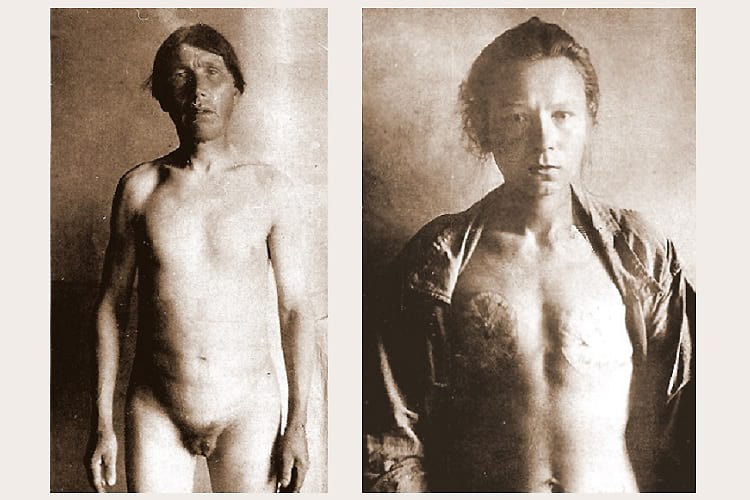 In 1772, Christian clergy located in the former Orel Province of Russia came to know of the emergence of a new unorthodox sect in the region. Members of this heretical sect called themselves as Skoptsy or the Self-Castrators.

The unique feature of this sect is to surgically remove all their genital organs or part of them. Both men and women are ordained to go through this gruesome ritual. The word Skoptsy is a derivation of the outdated term ‘oskopit’, which means “to castrate”.

The new sect had separated from another sect called Khlystovshchina (Christ-Faith) or Khristovshchina (People of God). The later sect also had broken away from the Old Believers, a priestless religious community during the 1600s.

The leader of the Skoptsy sect

Interestingly, members of the sect called themselves with names like ‘God’s Lambs’ and ‘White Doves’. The leader of the Skoptsy sect is said to be a runaway peasant named Kondraty Selivanov. Until he joined the sect, Selivanov wandered across the Russian countryside avoiding the imperial authorities.

A woman named Akulina Ivanovna was leading the ship when Selivanov joined the sect. Akulina announced that he was the Son of God. Selivanov had a compelling influence on new converts who were ready to castrate themselves for the sake of salvation and purity. The converts believed Selivanov was the Otetslskupitel, Father-Redeemer.

It is, therefore, surprising that membership of the Skoptsy sect belonged to all classes of the society including civil servants, Nobles, merchants, military officers and finally priests.

The tsarist regime is believed to have found the Skoptsy sect most repugnant as it was an unkindly deviation from Russian institutional Orthodoxy.

Interestingly though, the sect existed till the beginning of the 20th century.

The Skoptsy people believed that originally man and woman, before Adam and Eve, came into existence without the sexual organs. They considered the human genitals as organs of sin. As such, they believed in the practice of castration for gaining religious piety.

Also, they believed that the world would be transformed thanks to the disaster predicting religious communities.

Skoptsy people also believed that the main evil of the world is located in the lepost, which means sex appeal, bodily beauty and human sexuality. Lepost, therefore, is the one that prevents people from communicating with the Almighty. These people further believe that castration is one way of liberating the soul.

It is, however, interesting to note that the Skoptsy people never fully condemn the concept of marriage. Some of the sect members were permitted to have one child.

While writing on the apocalyptic religions like Skoptsy in his novels, Russian novelist Fyodor Dostoyevsky said such religions can deepen discussions on queer temporality.

In fact, he wrote, the apocalyptic religions may provide a contrasting point to arguments that the future is the realm of an existing reproducing subject in imperial Russia.

Members of sects like that of Skoptsy generally gathered in small secret congregations called “ships”. A preacher, calling himself Christ, led each ship. Each congregation then selected a female sect member as the Mother of God. The sect members gave up sex, profanity and alcohol.

When the activities of the Skoptsy people came into light, a group of powerful Russian officials and the Christian Church ill-treated the sect members.

However, there was no major impact on the sect members, because they spread far and wide through Russia. Most of the Skoptsy people were illiterate provincial peasants. In their heyday, there were lakhs of Skoptsy people in imperial Russia.

But, the powerful leaders and the clergy captured Selivanov and exiled him to Siberia. Later, Russian Emperor Paul released Selivanov. After that Emperor Alexander I gave permission to him to reside in St. Petersburg undisturbed. In 1820, due to old age, Selivanov was taken to the monastery of Suzdal, where he died at the age of 112.

In 1800s several Skoptsy sect members escaped to Romania to avoid trial. In 1930, there were at least 2000 Skoptsy believers in Russia.

The Soviet Russian Skoptsy is believed to have ended in 1962.

It is also believed that Roman followers of Cybele, called the Galli, were also practising self-castration.

Historical records reveal that such practices continued during the Christian times encouraging ascetics like the Origen of Alexandria to castrate self. It is believed, scholar Origen had found scriptural justification in castrating self.

According to him, Matthew’s Gospel, verse 19:12 justified castration.

It is believed that there are no more Skoptsy people in Russia or elsewhere. There are, however, some rumours that claim the existence of the sect’s followers in that country. However, an activist names Mirra clarifies that Russia today has at least 2000 ‘anti-sexuals’ and not Skoptsy followers.