Unknown Woman of the Seine or L’Inconnue de la Seine: Timeless Model of the CPR Doll 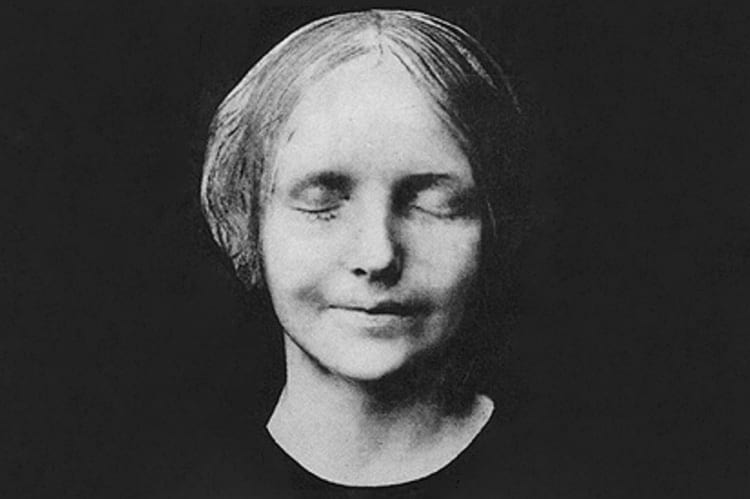 The death mask of the unknown woman of the Seine. Circa 1900. (Gourami Watcher / Wikimedia)

The eternally celebrated woman who died a supposedly unnatural death in the Seine River surprisingly doesn’t have any identity at all. This may sound profoundly ironical. She is well-known as “L’Inconnue de la Seine” (English translation: The Unknown Woman of the Seine).

In the later part of the erstwhile 19th century and sometimes in the early 20th century, a piece of art that garnered extreme popularity in most of the modish and artistic French homes was the absolutely ominous death mask of L’Inconnue de la Seine. She was an anonymous young lady (somewhere around the age of sixteen) whose visage propelled the creation of a multitude of diverse literary and artworks. The mask is widely recognized as “La Belle Italienne” in the United States.

Making the death mask of the unknown woman of the Seine

As the regularly rehashed story goes, sometime in the 1870s or 1880s, the frigid body of this young woman was extricated from the Seine River in Paris at a place called Quai du Louvre. As her body was found to be bereft of any wounds or signs of violence, it was conjectured that she might have committed suicide. The story progresses with the entry of a pathologist at the morgue where her body was taken for the post-mortem. The pathologist was so entranced and charmed by her bewitching beauty that he decided to preserve her quiescent face by making a plaster casting, a death mask. He instantly called in a moulder and put him into the task.

In the following decades, the resultant original mask was reproduced abysmally on a large-scale and sold as a quintessential and inimitable artefact that graced the walls of countless private homes and art studios in France and later abroad, upholding the Parisian Bohemian culture. L’Inconnue de la Seine became so influential that she was being heralded as the archetypal muse for several poets, artists and writers like Pablo Picasso, Rainer Maria Rilke, Man Ray, Vladimir Nabokov and their ilk. Vladimir Nabokov composed an endless poem in 1934 titled “L’Inconnue de la Seine” where he kept pondering over the reason for her probable suicide.

Renowned French philosopher, author and journalist Albert Camus likened her to Mona Lisa, with her enigmatic smile winning the imagination of millions of admirers. Everyone began calling her the “drowned Mona Lisa.” The cast was also once called the “Bewitching Woman”, a sobriquet that anyway never became voguish.

Speculations were rife whether the expression on the face could ever resemble the one of a drowned and suffocated person. Many people started wondering what hints the frightfully cheerful demeanour on her face could reveal about her history and family background. Some reports contrarily suggested that the mask belonged to the face of the daughter of a German mask producer, who committed suicide in the Seine River after coming to know that she had given birth to a stillborn baby.

The notoriety of the figure is additionally important to the historical backdrop of the artistic media, identifying with its far-reaching replication. The original cast was believed to be photographed and new replicas were made thereafter from the negatives of the film.

L’Inconnue de la Seine still remains contemporary and vivacious in an off-the-beaten-path family-run workshop named L’Atelier Lorenzi that was established in 1871 at Arcueil in southern Paris and specializes in creating handmade plaster figurines, statues, busts and masks. The death mask is still a best seller at their workshop.

L’Inconnue’s face evokes a feeling of tranquillity. She has a round face and an alabaster skin. Her eyelashes appear tangled thereby giving an impression that they are wet. She has a middle parting on her hair that is hauled back behind her neck. She looks youthful, yet you can’t call her a traditional delight or a beauty. But peculiarly, hordes of young girls attempted to imitate her frozen and stone-dead look in gay abandon.

Her half-grin infuses a mysterious haunt. Her lips exhibit no clarity, maybe the aftereffects of her body’s downturn. She appears to be exuberant in her death. What’s more, her eyes look as though they may open whenever.

Theories of her identity

Sceptics, however, have asserted that the lady portrayed in the mask couldn’t have been a drowning casualty since her facial features were just too perfect to be true. On the other hand, a few scholars attest that it was a regular practice to re-sculpture death masks at that time. L’Inconnue has been envisioned as a victim in literature. She is believed to have drowned herself in utter sorrow after a rendezvous with an English aristocrat who enticed and later abandoned her.

Furthermore, she has been depicted as a sorceress, who devastated and ravaged a young poet. She is also imagined to be a temptress who became a witness to a burglary and a killing at a clockmaker’s shop.

However, neither any record exists in the Paris police documents, nor was there any trace of her body.

In 1960, an Austrian doctor, Dr.Peter Safar was in the midst of constructing a new technique to effectuate cardiopulmonary resuscitation, commonly known as CPR. Safar approached a Norwegian toy maker, Asmund Laerdal, to create a dummy, essentially a woman’s face that would have nothing scary or startling about it.

Laerdal chanced upon the mask of L’Inconnue de la Seine at one of his relative’s place. The magnitude of serenity on her face reached Laerdal to his discovery of the ideal fit for the CPR dummy.

After a couple of little adjustments comprising of an unfenced mouth that perhaps awaited a life-saving breath and flared nostrils, Safar and Laerdal unfurled “Resusci Anne” the world’s first CPR dummy. In this way, a death mask became the face of life. 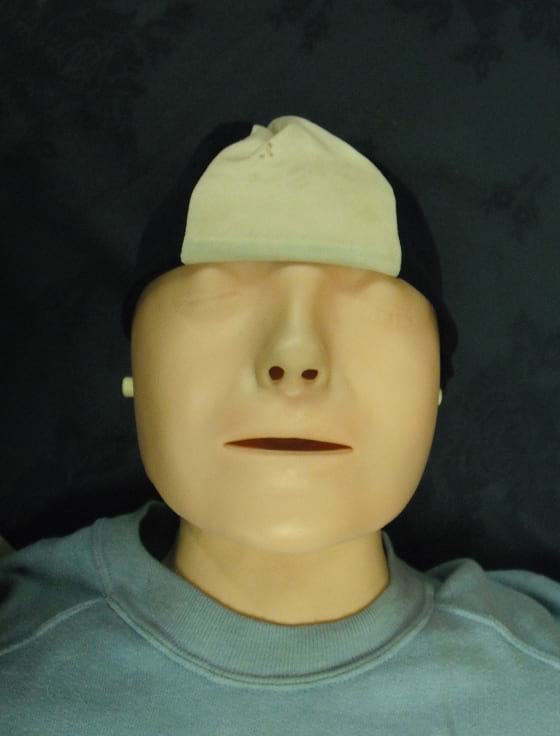 You might have come across her face and even had those lips kissed. Resusci Anne is still manufactured by Laerdal Medical, which also incorporates the story of her Seine suicide, adding that, she now embodies a hallmark of life to a large number of people all through the world who have learnt and nurtured this life-giving procedure of modern resuscitation, and especially to those, whose precious lives she has saved from sudden and untoward death incidents.

Previous Article
Man in Iron Mask: The Identity of a French Prisoner Who Kept his Face Covered with Iron-Mask
Next Article
Balut: A Filipino Delicacy Not Many Have the Stomach to Digest