Mapimi Silent Zone: A Patch in the Mexican Desert where Radio Signals are Inaccessible

Located in the Trino Vertex, a few kilometres from the town of San Ignacio of Belize in Mexico is La Zona del Silencio or the Mapimi Silent Zone. It is a quiet desert patch with a strange phenomenon that baffles the mind—telecommunication signals and radio waves cannot be received or sent from here. It derives its name from its neighbours, Bolsón de Mapimi and the Mapimi Biosphere Reserve. Mapimi Silent Zone is a part of the 400,000 hectares Mapimi Biosphere Reserve and is 50 kilometres across. 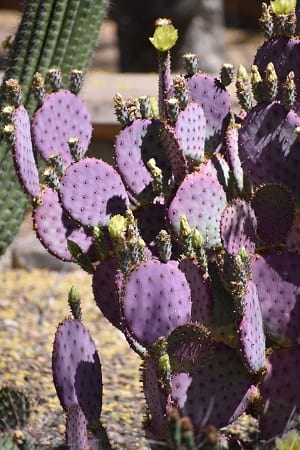 The Mapimi Silent Zone is believed to possess unique magnetic properties because of its iron ore magnetite and uranium deposits. This could also be due to heavy meteorite activity occurring in this place and meteors have shown deep traces of metals. It has been reported that there was a crash of a meteorite in the 1950s which contained an extraordinary crystalline matter estimating to be about 13 billion years old, which is much older than the solar system. Now, it’s debated whether the magnetite and uranium were always present in the zone, or if they resulted from the frequent meteor showers.

The Mapimi Biosphere Reserve meanwhile, has undertaken the research of the strange mutations of plant and animal species found in the area, the purple cactus and the Mapimi tortoise which has been declared a vulnerable species, being the most famous ones. The area has 31 species of plants and nearly 75 species of protected animals.

In the 1930s, a famous record-breaking Mexican pilot, Francisco Sarabia Tinoco, was performing test flights in the Mapimi Silent Zone. Apparently, as he flew his plane over this sector, he lost all communication with the base. His compass went haywire, unable to point north, and his systems became unresponsive. At the base, all they could hear was white noise, which indicates a plane crash. However, Francisco seemed to have entered a vacuum, coming out of which he was forced to crash land. This bizarre incident spooked him enough to never fly over the zone again.

In 1964, an engineer with a Mexican petroleum company Pemex experienced radio silence in multiple patches of the desert. Pemex was exploring the desert area to run an oil pipeline to go up to Chihuahua (City in Mexico). Harry de La Peña, a Mexican engineer, was conducting the survey with his team when he discovered that they could not communicate with each other over walkie-talkies in a certain part of the desert. The team also noticed that their radios were only emitting white noise. On asking around, they found out from the nearest town Ceballos that television signals too could not penetrate the zone. Harry called it, ‘The Zone of Silence’. However, when he went back to confirm the radio silence, he discovered that it occurred in another patch of the desert. This gave rise to the speculation that the zone is not a particular area in the desert but one that shifts unpredictably.

On February 8 in 1969 at 1.05 am, the largest meteorite to have ever struck the Earth, Allende crashed to the ground here at a speed of 10 miles per second. Apparently, Mapimi Silent Zone is known for meteorite showers. On July 11 in 1970, the US Air Force and Army were conducting joint testing of a re-entry test vehicle (RTV) Athena in New Mexico. The rocket was launched from the Green River Complex in Utah and was supposed to drop in the White Sands desert in New Mexico. The RTV overshot its destination by 500 miles and crashed in the Zone of Silence. The crash, not intended, was attributed to the malfunctioning of the rocket. The US Air Force obtained permission from the Mexican government for clearing the debris and investigating the cause of the crash. It is then that the scientists confirmed that a certain section of the desert was a dead zone. No form of communication could be established within that zone.

Further research led to the knowledge that the zone had a very powerful magnetic field, almost as strong as the North Pole. There was also a shifting area that prevented the flow of any form of a signal; be it radio, television, shortwave, microwave or satellite signals. The US Air Force also carried back truckloads of the sand for research work./////

The absurd stories of sightings

Moreover, shortly afterwards, people started reporting strange sightings of UFOs in the Mapimi Silent Zone. In October 1975, a couple narrated an encounter with two unidentified men. Josefina and Ernesto Diaz were in the desert area to collect fossils for further study. They ventured into the zone for picking up sand samples and any unusual rocks that they could find. However, they soon realised that a rainstorm was approaching and to avoid getting stuck in the desert, they drove away. They got into their vehicle and just as they were driving off; it got stuck in the wet sand. As they struggled to lift the vehicle from the swamp like area, they were approached by two men wearing yellow raincoats and caps who offered help. They were instructed by these men to sit inside and press hard on the accelerator as the men attempted to lift the vehicle enough to free it from the sandy swamp. As soon as the vehicle was freed, Ernesto decided to get down to thank the helpful strangers. To both’s bewilderment, the men were nowhere to be seen. Keeping in mind the flat vast land of that area with sparse greenery, there really wasn’t any place that they could have gone to not be visible to others.

Scientists have concluded that the sighting of UFOs and strange people could be a result of hallucinations caused by strong magnetic waves prevalent in the zone.

September 1976 was even more bizarre, with an entire town claiming to have been visited by a UFO. Closer to 9 pm that night, the residents of the town Ceballos reported of a huge rectangular spaceship-like object hovering in the sky above the town. Approximately 300 metres long, it had blinking coloured lights all around the rim and a deep pulsating hum. The dogs of the town were quite agitated with the hovering object and all broke into a continuous howl and bark, simultaneously. The object flew away after a couple of seconds, presumably headed towards the Zone of Silence, as claimed by the spectators.

In the month of November in 1978, journalist Luis Ramirez Reyes was visiting the zone and the nearby biosphere reserve, along with a team, for a story on the peculiar events in the area. Reyes and his photographer drove in a separate car from the rest of the team and after touring for some time in the desert, it was obvious that the two were lost. Reyes saw three men walking along the path and asked his colleague to pull up for directions. His colleague, however, unable to see anyone, kept on driving. A few kilometres ahead, Reyes again saw the same people and this time firmly asked his colleague to stop the car. The trio gave them exact directions on how to reach the biosphere reserve and claimed to have been looking for their lost animals in the desert. Upon reaching the facility, Reyes narrated his encounter and was flabbergasted by the information that the only people in the vicinity for miles were the employees, who were all inside the facility that day.

The most obvious theory is that the high level of magnetism of the zone due to the iron deposits tends to obstruct the functioning of compasses. Also, the fact that the Mapimi Silent Zone is in the middle of nowhere, leads to the conclusion of disruption in signals. However, thanks to the geographical location of the zone, similarities are often drawn with other unexplained phenomena. Comparisons to its similarity to the Bermuda Triangle are simply because La Zona del Silencio is geographically located between the same parallel coordinates. However, sooner or later, we can only hope that the true facts about the existence of this strange land can be explained.

Enjoyed this article? Also, check out “The Incredible Geoglyphs of Peru, the Nazca Lines“.