Nowadays, liberation is taken for granted in parts of the world. Places where men and women can openly bathe together on beaches, even sections exist which are permitted for both sexes to bathe nude. Take Spain, for example. In places like this, the fact that single men and women once had to be separated at the beach in the past is hard to imagine, and contractions like a bathing machine likewise. This was the case in the 18th and 19th Century in countries like the United Kingdom during a far more conservative time. For females, to be nude, half-naked, or wearing revealing clothes in public was frowned upon and even illegal in some cases, so a device was created to allow women to change clothes and bathe in complete privacy. 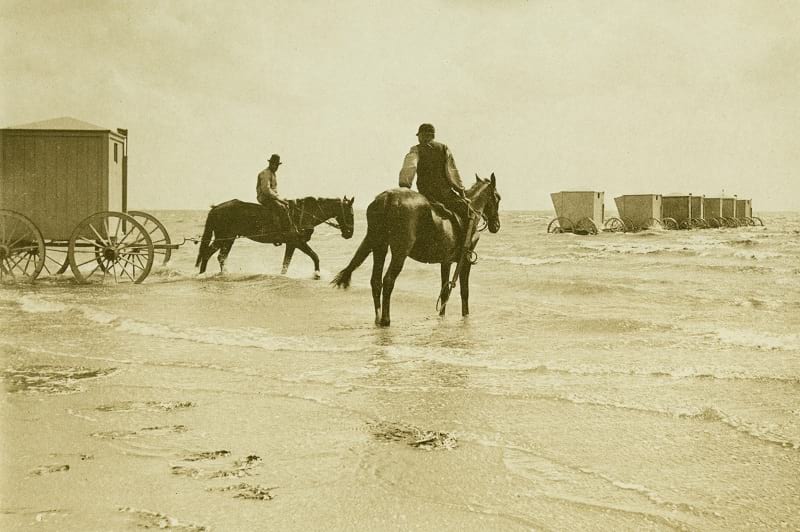 How did bathing machines work?

During a trip to the beach, people with some money to their names, wishing to have a swim, would consider the use of a bathing machine. Predominantly, bathing machines were wooden cabins on large wheels which would be wheeled into shallow waters either by horses or people, some holiday resorts had rails to assist the vessels. Others could be roped in and out by steam engines. This was from a time when many people could not swim, or many people would be uncomfortable about changing clothes in public, or both. So they would venture to a place to a book a time for a bathing machine, like a doctor’s waiting room with tea and magazines. And upon their chance to swim, they would enter the cabin on the beach in their day-to-day clothes and change into their bathing attire or less. The cabin would then roll towards the water and submerge. Steps would help the person out of the cabin and into the water, and curtains further gave them privacy. People were employed, called dippers (of the same sex) – to assist the men and women in and out of the cabins or teach them how to swim. A flag would give signals to the dipper and beach. The point of the machine is to give people less chance of being seen naked or in revealing clothing by members of the opposite sex. 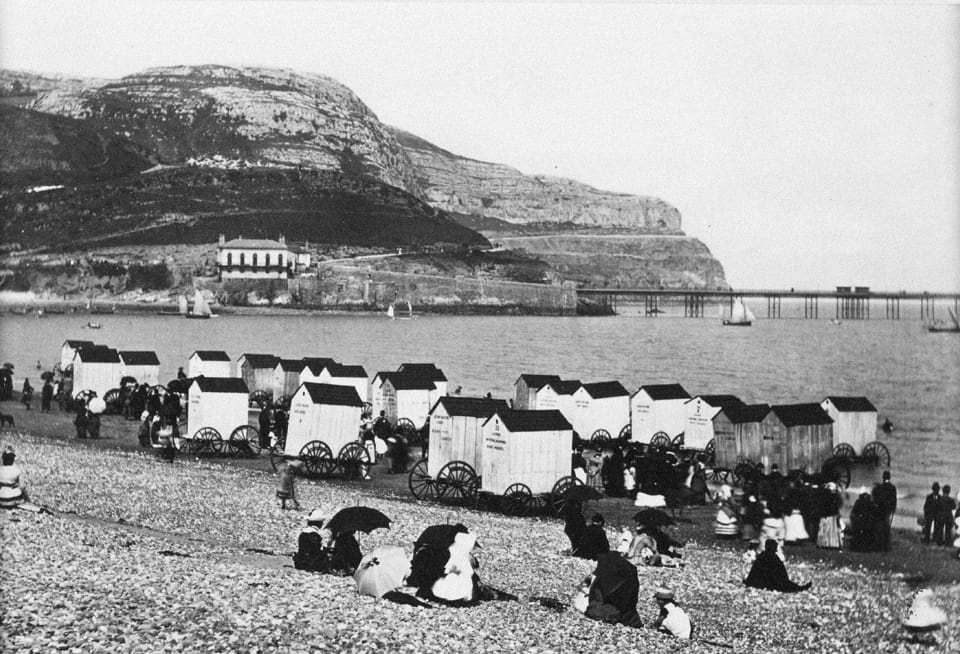 History of the bathing machine

The origins of the bathing machine can be traced back to the 1750s probably due to the increase of holidaymakers to beaches. This followed many reforms conducive of the Great Bubonic Plague which started to dismantle the European Feudal System. Benjamin Beale is claimed to be the inventor of the machine in 1753. They became popular in the United Kingdom and countries of the British Empire mainly, adhering to conservative British culture with Queen Victoria was a famous user. By the 1900’s, segregation had near enough ended on beaches, people became better swimmers and did not want nor need to queue for bathing cabins. Mobile bathing machines started to simply become stationary changing rooms, some of which can still be seen today.