In Shiraz, Iran, the Nasir al-Mulk mosque is a testament of the extremely vibrant culture of this city, which happens to be one of the oldest in southern Iran. This beautiful piece of architecture, also known as the ‘Pink Mosque’, is visited by thousands of people from around the world every year.

The origin of the Nasir al-Mulk mosque 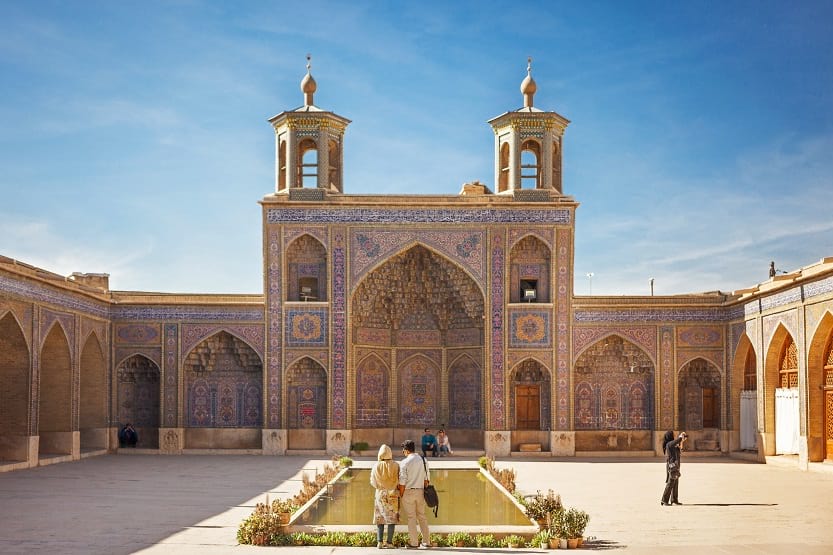 The courtyard of the mosque. (Matt Biddulph/Wikimedia Commons)

A mosque of many names

The Nasir al-Mulk is also known as the ‘Pink Mosque’ due to the pinkish rose-coloured tiles of the mosque. However, it is also known by various other names like ‘Rainbow Mosque’, ‘Mosque of Colours’, as well as  ‘Kaleidoscope Mosque’, because of the plethora of colours that are reflected when the light hits the stained glass.

The architectural beauty of the mosque 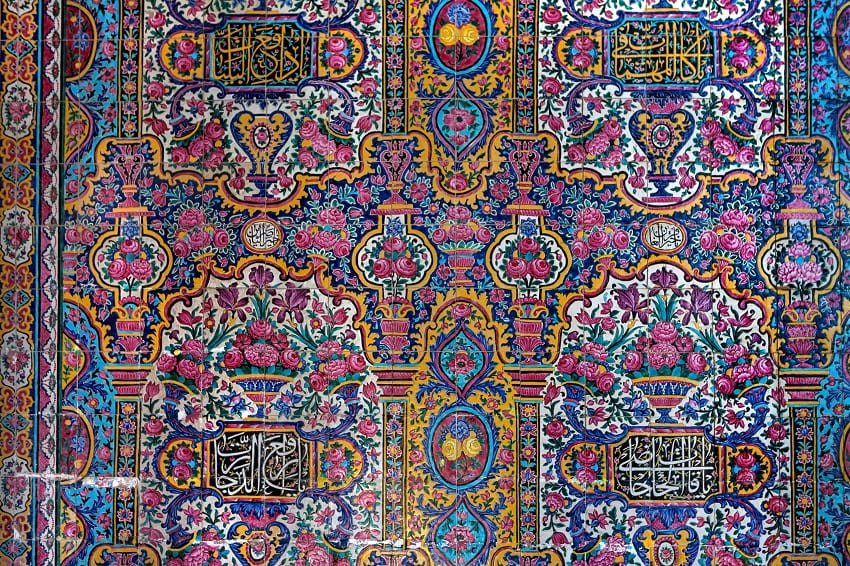 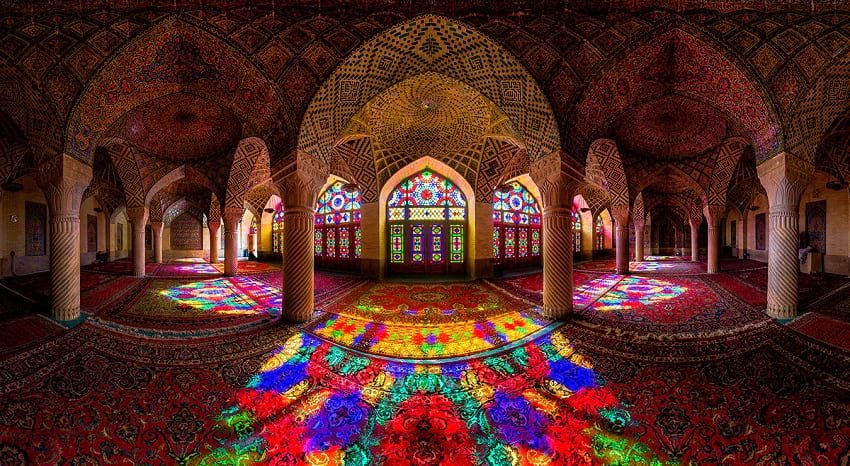 Koach, who is a Japanese photographer, spoke about the mosque, and its enthralling beauty. He said,

“You can only see the light through the stained glass in the early morning. It was built to catch the morning sun, so that if you visit at noon it will be too late to catch the light.”

The mosque also has an outer portal, though it is rather small, where one can see some admirable muqarnas (a kind of ornamental vaulting structure, usually seen in Islamic architecture). It also consists of an Iwan in the north, which is a vaulted rectangular space and is covered in three sides. Within the mosque, there is a courtyard, with a rectangular pool built in the centre, and is surrounded by various kinds of beautiful flower bushes. The Nair al-Mulk Mosque has two shabestans (an underground space), one on the east and one on the west. The eastern  shabestan consists of an altar made up of beautiful tiles and is accompanied by twelve columns and several stained-glassed windows. This structure was typically used during the summers, as it had been built in a way that would keep the interiors cool during very hot days. The niches, or the mihrab of the mosque, have been beautifully adorned, along with the intricate arches that leave visitors stunned.

There is a consonance between the columns, the arches, the muqarnas, as well as the mihrab of the mosque which inspires awe among all visitors alike.

The Nasir al-Mulk mosque is, perhaps, one of the best examples of a blend between both traditional and modern Islamic heritage. The many traditional Islamic features of the mosque include the Panj kaseh-i (five concaves), faience, a central fountain, plaster works, as well as an iwan. However, stained glass windows are a rare occurrence when it comes to traditional mosques.

The Nasir al-Mulk Mosque, or the Pink Mosque, is one of Iran’s most prestigious heritage sites and most tourists who visit the country make it a point to visit this architectural marvel. The mosque makes for a source of inspiration for travellers, worshippers, and photographers alike. Despite being a huge tourist attraction, the mosque continues to be used for worship as well. It is now under the protection of Nasir al Mulk’s Endowment Foundation and is the pride and joy of Shiraz.

Previous Article
Why the Apollo 11 Astronauts Went through Customs & Immigration after Entering Earth?
Next Article
Mapimi Silent Zone: A Patch in the Mexican Desert where Radio Signals are Inaccessible