Naqsh-e Rustam: The Incredible Tombs and Rockface Reliefs of the Sassanian Kings 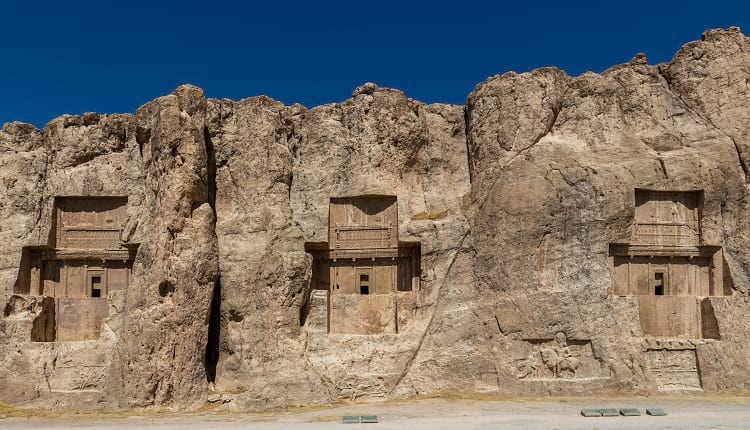 The area now known as Naqsh-e Rustam has archaeological remains of Iran’s history from around 1000 BCE to 309 CE. Located in the Fars province of Iran, it lies around 12 km to the northwest of Persepolis, which was the capital of the Achaemenid Empire. 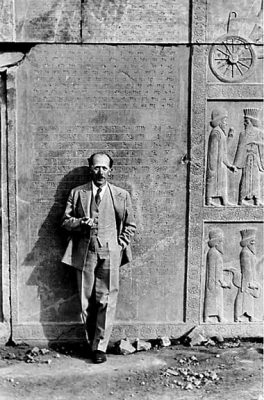 In the 1930s, the Shah of Iran granted permission to the Oriental Institute at the University of Chicago to excavate the remains of Persepolis and the other areas near it. Ernst Herzfeld led this Persian Expedition and they were the first Westerners to document the major monuments at Naqsh-e Rustam.

Their greatest finds included the famous reliefs of the Sassanian Kings high up on the rockface. The locals had long assumed that one of the carved figures was that of Rustam, one of the heroes from Firdausi’s epic Shahnameh. Going by that, the site had long been known as Naqsh-e Rustam (the carvings of Rustam).

Some archaeologists believe that the use of colours on stone carvings originated with the Iranians. Many of the reliefs and inscriptions at Naqsh-e Rustam are covered with lapis lazuli.

Let’s look at some of the historical periods that covered the Naqsh-e Rustam region:

The oldest reliefs at Naqsh-e Rustam were most probably carved around 1000 BCE during the Elamite period. We have very meagre information about this ancient civilization, but we do know, from Mesopotamian accounts, that it existed between 2700 BCE and 539 BCE. When the Sassanians gained ascendency in the region, they destroyed most of the Elamite reliefs by carving right over them.

Only one Elamite carving remains, a figure of a standing man wearing a long ankle length garment and a forward pointing hat on his head. This is the figure that the locals took to be the epic hero Rustam.

Before the Zoroastrians developed fire temples, they worshipped at open air fire altars. Two of such altars are located at the western end of Naqsh-e Rustam. The Achaemenians probably constructed these altars sometime between the 6th and 5th century BCE. 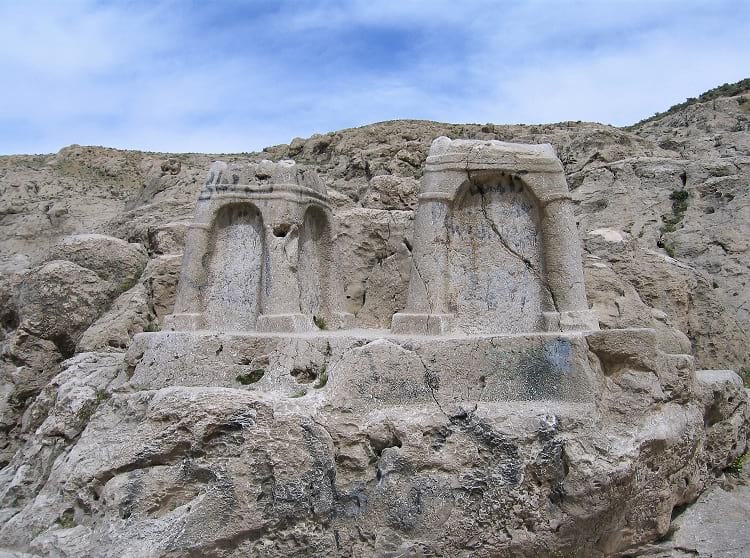 Of the four famous royal tombs carved high up in the rocky face at Naqshi-e Rustam, archaeologists have only definitively identified the first one as that of Darius I. Famous for extending his empire from Macedonia to the Indus Valley, he lived between 522 BCE and 486 BCE.

The outer facades of the tombs are shaped like a cross with the tomb entrance located at the centre of the cross. The large panels over the doorways are carved with the images of various incidents from the King’s life. The small chamber inside the tomb contained the sarcophagus in which the royal dead body was placed. The tomb of Darius I has the inscription “parsa parsahya puthra ariya ariyachitra.” This statement is a reference to his Zoroastrian ancestry. It informs us that he is a Parsi, he is the son of a Parsi, and that he is also an Aryan and a descendant of an Aryan family.

It is entirely possible that these tombs were filled with an array of expensive items to accompany the Kings into the afterlife. There are, however, no treasures inside these tombs anymore. All the tombs were desecrated and looted by Alexander’s Macedonian soldiers after they defeated the Achaemenians in 490 BCE.

In English, the Kaba-e Zartosht translates to Zarathustra’s Cube or Zarathustra’s Enclosure. As you might expect, it is a solidly square-shaped tower building. Nobody knows exactly who built it and for what purpose. It is possible that either Darius I, Artaxerxes II, or Artaxerxes III constructed it between 521 and 404 BCE. It is a copy of the several decades older Zendān-e Solaymān (Prison of Solomon) tower at Pasargadae, the nearby city which was the capital of King Cyrus. The builders used light-coloured limestone to construct the building and fixed the limestone blocks in place with iron clamps. They used darker coloured limestone to build fake, recessed windows in the sides of the building. The lower part of the tower is solid and there is a room in the upper part. A stone staircase leads to the door of the room which faces the cliff. The front side of Kaba-e Zartosht. (Diego Delso / License CC-BY-SA)

The entire structure is 12.5 metres high and its base measures 7.25 metres on either side.

Nobody, so far, knows the exact purpose of this tower. There have been various theories, of course, putting forth that it might have been a fire temple, a repository of the Zoroastrian holy book Avesta, or a place to hold some royal paraphernalia. The fire temple theory is most likely not correct since the building’s windows are false and there is no outlet for the smoke that would arise from a constantly burning fire.

The Iranian archaeologist, Reza Moradi Ghiasabadi, believes that the Kaba-e Zartosht could have been used to observe the skies to maintain the Iranian calendar.

On the outer side of the building, there are four inscriptions in three languages, cataloguing Sassanid victories. There is a wall around the Kaba-e Zartosht. It appears to be from the Sassanid Period.

Ardeshir I founded the Sassanian empire in 224 CE, and it lasted until the Arab Caliphate overthrew it in 651 CE. The Iranians consider the Sassanid period as one of the most advanced epochs of their long civilization. There are seven large reliefs from this era at Naqsh-e Rustam. They can be seen just above ground level below the Achaemenid tombs.

The first relief depicts Shapur I (241-272 CE) along with his high priest and the defeated Roman emperors Valerian and Philip the Arab. The second relief depicts Bahram II (276-293 CE) holding a large sword with the figures of three courtiers on the right and five figures on the left, three of whom are wearing diadems.

There are two reliefs next of Bahram II sitting astride on a horse. In one, he is battling a Roman enemy, who is also on a horse, and in the second, he is pushing another Roman enemy off his horse. The lower part of the second relief shows the King fighting with another enemy, who is on a horse and is wearing an animal-shaped headgear.

King Narseh (293-303 CE) is shown in the fifth relief being given the ring of Kingship by a female figure. This is probably the Goddess Aredvi Sura Anahita or Queen Shapurdukhtak of Sakastan.

The sixth relief depicts Hormizd II (303-309 CE) pushing an enemy off his horse. Above this relief, there is a damaged relief of Shapur II (c. 309-379) and his courtiers.

Iran’s Cultural Heritage, Tourism and Hand-crafts Organization (CHTHO) opposed the construction of the Shiraz-Isfahan railroad at a distance of 350 metres from the site. Even though the railroad was eventually constructed 1 kilometre away, experts believe that the vibrations emanating from the railroad are responsible for the gradual sinking of the ground at Naqsh-i Rustam.

Enjoyed this article? Also, check out “Al ’Ula Town: A Once-Flourishing Oasis That Now Lies in Dust, Hidden from the World“.

Previous Article
The Expansion of US Military Bases Overseas and How India Finally Surrenders its Neutrality
Next Article
The Great Emu War: When Thousands of Emus Evaded Australian Armed Forces and Won the War