HMS Terror: A British Warship That Was Lost for Over 170 Years 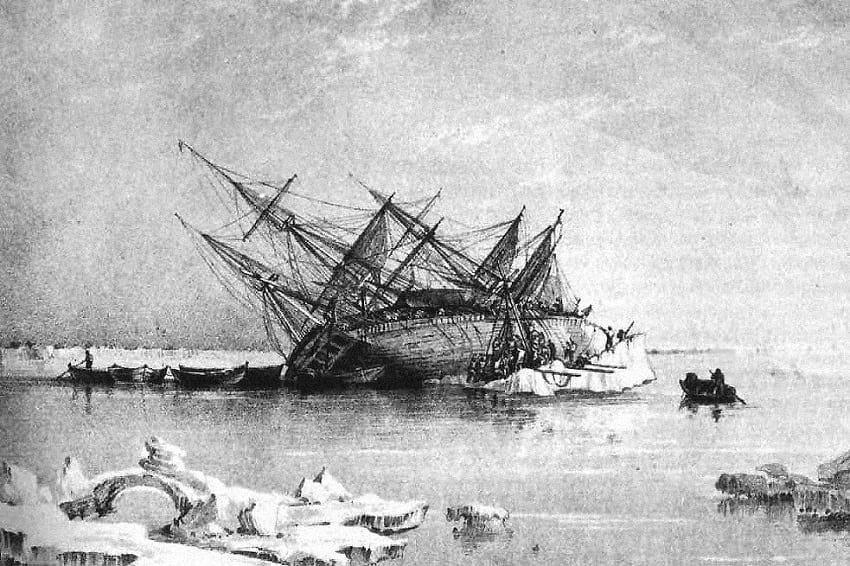 Engraving of HMS Terror by George Back. (George Back / Wikimedia Commons)

The HMS Terror was built and commissioned in the year 1812 for the British Royal Navy, to serve as a specialized warship and bomb vessel. Although the ship played a major role in the battles of 1812, she commenced her journey as a bomb vessel only in 1813 when Fort McHenry was bombarded in the Battle of Baltimore.

After suffering damages in one of the many battles it was deployed in, the HMS Terror was decommissioned as a military vessel in 1828. In the mid-1830s, however, the ship came back into service as it was remodelled into a state of the art exploration vessel, with incomparable features. The British left no expense spared to furnish this exploration vessel- from equipping it with sturdy iron plating around the hull, to including a very powerful propeller. HMS Terror became the first vessel to be equipped with an onboard desalination plant for turning seawater to freshwater. The ship was fully-loaded with rations sufficient — about 32,000 pounds of meat, 1,000 pounds of raisins, 58,000 gallons of pickles, and about 7,650L (2,000 US gal) of liquor for a 134 man strong crew, including the captain of the vessel. Although there were 5 sailors who were honourably discharged and sent back home, it continued sailing through the waters at full speed. Sir John Franklin commandeering over the HMS Terror, and its companionship the HMS Erebus headed the expedition. His second in command, Captain Francis Cozier was in charge of the HMS Terror. Back in 1845, a number of countries sought to establish dominance over new land and sea routes. The Northwest Passage happened to be one of these much sought-after routes, being eyed by multiple nations, including Russia. The two ships, HMS Terror and HMS Erebus, set out to explore this route. The sister vessels HMS Erebus and HMS Terror made certain stops along their way to the Northwest Passage. Among their last stops were Scotland’s Orkney Islands, and Greenland, before the two ships completely disappeared, never to be heard from again. Two whaling ships had last spotted them when the vessels were on their course to Canada’s remote Baffin Island. After a couple of years when they did not return and no contact was made by any of the ship’s crew, search parties were dispatched in order to find them.

Human carcasses and bones were found aboard the shipwreck and scattered around the area where the ship had sunk. Bones were cracked in half according to reports by the local Inuit which led to the presumption that the crew members had resorted to cannibalism for survival. Later in the 1980s and 1990s, remains were found with knife marks on them which indicated dismembering of limbs and the bone marrow of fellow crew members before they were consumed.

Parks Canada, a Canadian government agency had launched a search expedition for the wreckage in cooperation with the Inuit. Parks Canada archaeologists employed the use of professional divers as well as state of the art drones. Diving did not prove to be especially fruitful, owing to the extreme conditions such as pressure and the freezing temperatures. The use of drones allowed even the most remote areas of the ship, fragile and untouched by humans, to be explored and 3D imaging was used to create a map of the ship. Places like hatchways, crew cabins’ skylights, officers’ mess hall, and the captain’s stateroom were thoroughly looked into for any evidence required to ascertain the reason for sinking.

Eerily enough, all the doors were wide open, but all rooms appear to be unharmed with no signs of violence. Photographs from the wreckage indicated that the ship was in a rather pristine condition, including the condition of the personal belongings of the crew. A letter known as the Victory Point Note was found which had two handwritten messages. The first letter was signed by Franklin, and stated “all well” in May 1847, and the second mentioned that there were two dozen casualties aboard the HMS Terror, including Sir John Franklin in April 1848.

To this day it remains unknown, why the HMS Terror sank. Despite sustained attempts at researching the wreckage, there was no evidence that could ascertain why either the HMS Terror or the HMS Erebus would sink. They were made to withstand the extreme polar conditions and did so with absolute certainty. Even in the wreckage, all documents, cabinets, drawers etc were in top-notch condition and were in the exact place they were supposed to be in. Lead Archaeologist Ryan Harris said, “I’ve never seen anything like this”.

Three corpses were discovered by American and British search parties in Beechey Island. A 20-year-old was among the three who passed away on January 1, 1846, and was covered in permafrost for nearly 140 years. The autopsy of his malnourished body revealed he suffered from lead poisoning and botulism, which eventually made scientists arrive at the conclusion that the canned food on-board was responsible for causing lead poisoning and botulism amongst the crew.

HMS Terror wreck site & the understanding between Canada and Britain

While the wreckage has been successfully located by officials, its precise location has not been disclosed to prevent it from being looted by sea pirates. As a part of an agreement between Britain and Canada, Britain handed over the wreck of both HMS Erebus and HMS Terror to be placed under the care of the Inuit Heritage Trust, along with most of the artefacts and gold from the ship. Owing to the favourable weather conditions, a number of attempts were made in August 2019 to explore the wreckage further. Due to the layers of silt formed on the wreck which may damage the contents of Captain Francis Crozier’s cabin, Parks Canada is yet to explore that part of the vessel. There is speculation that the Captain’s cabin holds a lot of valuable materials, and also houses the secret behind why the HMS Terror sank. 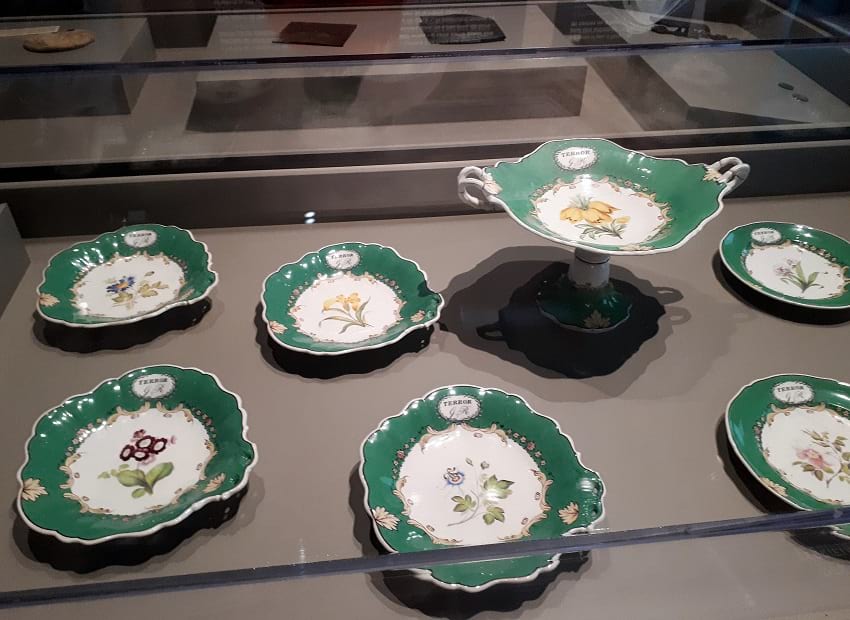 The region where the HMS Terror had sunk has been named Terror Bay in its honour. There are no survivor accounts or tangible proof of why the HMS Terror remained in such pristine condition or why it sunk with all its crew members on board. Till future expeditions unearth some new evidence, the HMS terror’s last voyage remains an unexplained mystery.

Trivia: Did you know that the US Presidential office desk is made from a barque-rigged ship called HMS Resolute? HMS Resolute was one among the six ships to be sent out for rescuing Sir John Franklin.