Andrée’s Arctic Balloon Expedition of 1897: A Peek into the Doomed North Pole Flight

Photo of the fallen balloon taken by a member of the ill-fated expedition. (Nils Strindberg / Wikimedia Commons)

Is it feasible to fly over the North Pole? Yes, says Quark Expeditions, which has been specializing in hot air balloon expeditions to the Arctic and the Antarctic for over 25 years.

But, that was not possible in the 19th-century. During the second half of that century, Arctic exploration was considered to be gruesome. Sheets of floating ice had throttled several creaky ships; men simply vanished into the silence of the white wilderness.

Author of Ice Balloon, Alec Wilkinson, wrote in the book that of the 1,000 people, who attempted to go to the North Pole after the 1850s, at least 751 died. 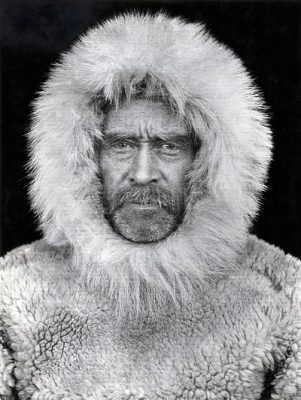 In spite of this grave situation, the race to reach the North Pole was still open in the 1890s. Some of the explorers who attempted but failed to reach the pole include Rear Admiral Robert Edwin Peary Sr of Pennsylvania, United States.

Another person was Sir John Franklin of Lincolnshire, UK. Sadly, an international row erupted after relics from the doomed Sir Franklin’s expedition were taken without any permission from Canada’s Inuit people.

The third person was Fridtjof Nansen, a Norwegian explorer and a Nobel Peace Prize laureate. However, not one of them ever thought of travelling to the pole on a hot air balloon.

This kept the North Pole elusive for several decades. So much so, people of that era did not know whether the pole lay on sea or land.

It was then that a Swedish aeronaut named Salomon August Andrée had a brilliant idea. He thought as attempts to reach the North Pole by ship and sledge failed, why not fly over the pole? He further got inspired by the hot air balloon idea after a discussion with explorer A. E. Nordenskiöd sometime in 1894.

In 1854, Andrée was born in Gränna, a small town 483 km southwest of Stockholm. He did his engineering course at the Royal Institute of Technology in Stockholm. During his student days, he conducted experiments in aero-electricity in the Arctic and geomagnetism. Later, he got a job in the Swedish Patent Office.

Andrée was a wiry, but intense Swede. Being constantly supercharged with energy, he was only 22 when he had his first encounter with balloons at the Philadelphia World’s Fair. Thus, began Andrée’s journey in the study of aeronautics.

In 1897, Andree enlisted the services of two persons as crewmen. They were Nils Strindberg and Knut Hjalmar Ferdinand Frænkel. Strindberg, a Swedish photographer and he were enlisted to make a photographic aerial record of the expedition and arctic region. And, Frænkel was the author of Andrée’s story.

Author Wilkinson wrote that the explorer’s ability to study the weather perhaps encouraged him to reach the North Pole within 2 and half days. Wilkinson further wrote that Andree aimed to descend in San Francisco after flying over the pole in the hot air balloon.

During the late 1800s, balloons were being used for years. At that time, balloons could stay afloat for about 15 days in a stretch. However, Andrée desired to double that feat. For this, he invented newer contraptions that could permit his hydrogen balloon ship to travel “at cross purposes” to the wind.

Layers of varnished silk were used to make Andrée’s hydrogen balloon, which was made in Paris. The balloon measured 100 ft high and weighed over a tonne.

With the support of King of Sweden and Alfred Nobel, Andree took off on July 11, 1897, in the balloon. The lift-off was from one of the islands within the Spitsbergen archipelago. This was his second attempt to fly after his first attempt failed some months back.

Andrée and his crew, moments before take-off. (Wikimedia Commons)

The North Pole was approximately about 965.606 km from the island.

Soon after the balloon lifted off, Andree lost the heavy ropes that got tangled. With the result, Andree got stuck in the balloon that he no longer had any control on.

As soon as Andree’s craft flew into the yonder, he and his teammates became the first people to be ever lost during a flight.

Thirty-three years later, a group of sealers surprisingly discovered the frozen bodies of Andree and his men at their last camp. Along with the frozen bodies, the sealers also found diaries and unexposed films that solved the mystery of what happened to the three adventurers.

The diaries revealed details of the death march across the ice. Professor John Hertzberg was the person who managed to develop the film from Nils Strindberg’s camera. After being developed, the films gave a vivid description of the expedition and brought the explorers back to life.

The diaries revealed that Andree and his team did not reach the North Pole. Actually, they flew for three days and ran into trouble due to fog. The fog cooled the hot air gas balloon forcing the craft to descend on to the icy wilderness. As a result, from being excited explorers they became forced adventurers overnight.

Forced by unexpected circumstances, the three adventurers embarked on a punishing journey on a drifting polar ice pack. For two months, they camped on an ice floe, which is a sheet of floating ice that is smaller than an ice field.

The three survived on food supplies that lasted for several weeks. When their rations ran out, they survived on ivory gulls, polar bears and seals.

Members of the expedition with a freshly killed polar bear. (Wikimedia Commons)

For the first time since landing on the ice floe, they sighted land in the form of Kvitøya (White Island). The adventurers used the three sledges and a boat they had to cross over to White Island. There, they planned to build a stronger camp to face the winter. The idea was to wait until springtime and continue their journey.

It continues to be a mystery as to when Andree and his men died. However, it appears that they died within a few days of landing on Kvitøya. From information gathered from the tragic site, it is clear that they did gather materials to build a strong shelter for themselves. They, however, never used the material. In fact, they did not even unpack the boat and the sledges.

Members of the expedition being brought back after their discovery. (Wikimedia Commons)

The Swedish finally rejoiced that one of the greatest mysteries of the Arctic region was solved.

The mortal remains of the three explorers-turned-adventurers were finally brought to Stockholm on October 5, 1930. The Swedish nation mourned as the funeral took place in a solemn manner.

Thus, came to an end the endless love of discovery and human drama.

Enjoyed this article? Also, check out “1959: What Really Happened at Dyatlov Pass?“.

Previous Article
Tower of Silence: Where Zoroastrians Leave their Dead to be Excarnated by Scavenging Birds
Next Article
Sagrada Familia: An Unfinished, Colossal Spanish Basilica, Under Construction for More than 136 Years