The Great Emu War: When Thousands of Emus Evaded Australian Armed Forces and Won the War

Throughout history, wars have always had a negative impact on the society in some way or the other – be it the ones fought between a couple of nations or between humans and animals. The Great Emu War of Australia was one such odd war fought in history, which not only resulted in a shameful defeat of humans at the ‘hands’ of a flock of harmless and flightless birds but also led the world to talk about a failed strategy of wildlife management for many generations that followed.

Beginning of the Emu War after World War-I

When World War-I had started to gather momentum, a lot of common, working-class Australian men were sent off to fight for their country on the battlefield. These men, who had previously been farmers, goatherds, shepherds, industry workers and the like, returned home after the war ended and tried to lead a normal life. But the government found it difficult to support these soldiers, who had come back in the thousands. So it was decided that these five thousand odd war veterans would each be offered money and allotted a piece of land to cultivate wheat on and raise cattle as part of the soldier settlement scheme.

As it is, most parts of Australia were already facing a drought-like situation with westerners being the worst affected. Add to the misery, these allocated lands in Perth were either not arable or were in such bad shape that it couldn’t be used for wheat cultivation. To make situations even more difficult, The Great Depression of 1929 hit hard on the world and the Australian soldiers-turned-farmers, who were greatly affected, sunk further into financial crises. Wheat prices fell drastically and even the promised but failed government subsidies did not help them in any way. But just when things were beginning to look a wee bit sunny in the year 1932, emus began to migrate in large numbers from central Australia towards the west, in search of water and a better habitat. The flock of these large, flightless birds, which had no less than twenty thousand emus, was ready to run amok and ravage the farmlands as it moved west.

Emus, which are the second largest species of flightless birds in the world native to Australia, with a height that can reach up to 1.75 metres on an average, was a preserved species in Australia up until the year 1922. Things took an ugly turn on the 2nd of November 1932, when these migrating emus started destroying standing crops and eating away the newly cultivated wheat, thus forcing farmers, many of whom were former military men, to shoot down these birds. But the number of emus only kept increasing each time and the farmers had to finally request government intervention and military support.

Some war veterans, who had turned to farming, were taken to see the then Australian Defence Minister Sir George Pearce in Canberra, where they relayed their distressing situation to him in person. He agreed to send troops, armed with machine guns to shoot down the marauding birds, hoping it would all end well for the farmers. Major G. P. W. Meredith, of the Seventh Heavy Battery of the Royal Australian Artillery, who was the commanding officer of the Emu War, descended on Campion, a West Australian town close to Perth to fight off the nuisance. But there was more to it than met the eye.

War on the emus 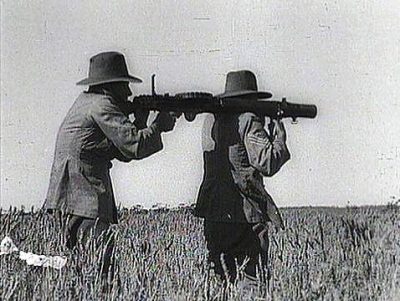 With two Lewis guns and some ten thousand bullets, soldiers began firing rounds at the emus, which created an almost stampede-like situation in the area on the first day. Out of the fifty birds that were sighted, only some of them could be killed. Major Meredith and his men were unsuccessful on their first day. A handful of birds were killed at the commanding officer’s orders but that was not all. Despite their tight tactical firing, the emus, which had clearly outnumbered the troops, managed to scatter in all directions and there were very few bird casualties. A couple of days later, when more flocks entered the area, soldiers, who staged an ambush this time, opened fire on the giant birds. But the emus outwitted the onslaught of bullets and escaped unhurt even on the carefully planned military attempt. Out of the thousands that were spotted, only a dozen birds were gunned down. The operation, which was already delayed due to rainfall and jammed guns, bore no fruits again.

As the military was involved in the killing of emus in large numbers, the entire operation had garnered quite a lot of media attention. But with poor results and low outcome, there was more negative press coverage, which forced the Australian government to withdraw their troops to Canberra eventually and put an end to the procedure on November 8, 1932. The emus had won their first battle.

After the forces retreated, emus continued to return in large flocks to pillage the wheat crops all over again for a couple more days. So on November 13th farmers requested military support yet again, and this time it took the government a little longer than usual to respond. Finally, when the military arrived, with Major G. P. W. Meredith in command once again, they were able to take down approximately fifty birds in their first attempt than they did previously. Over a hundred emus were killed every week, but the sly and quick-on-their-feet birds still dodged the bullets. It reportedly took ten rounds of ammunition on an average to kill one bird at a time, which later the government thought, was a mere waste of time and energy. Although around five hundred emus were shot down when the military returned to Campion, the entire effort was not worth it and the forces were recalled for good this time. And so on December 2, 1932, just a month after it all began, the great Emus had won the war again. A deceased emu during the war. (Wikimedia Commons)

The aftermath of the War

Although the government provided the locals with limited ammunition to gun down the birds on sight, not many emus were killed during the operation either. Though the emu population had gone down due to the shortage of food and water, this was due to a natural cause. Farmers requested military aid many times again in the years that followed but it was declined by the government every time. Instead, a bounty system had been initiated, wherein more than fifty thousand bounties were claimed in six months in the year 1934 alone.

As word spread across the globe about the killing of the flightless birds in such large numbers, protests to preserve the rare bird species began and the bounty system, too, had to be done away with gradually. Then on, locals began making use of emu-proof barrier fences to keep the birds away from their lands, which is still a very popular method of pest (emus in this case) control in the Australian farms. 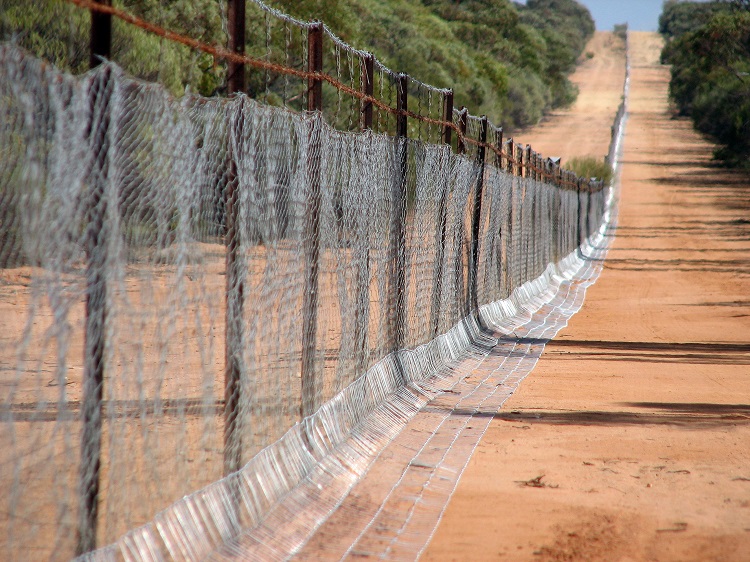 Despite the Australian government trying to bring down the rare bird species in order to keep a check on them, the emus won both the wars that were waged against them. A failed wildlife management on part of humans was the main reason these wild birds continued to wreak havoc on farms at every seized opportunity. While emus continue to be an integral part of Australia till date, there was once a time in history, when these birds were tough adversaries for humans that stood tall, dodged bullets and came up trumps too.

Enjoyed this article? Also, check out “The Story of The Most Inspiring Football Match in History: Christmas Truce of World War I“.

Previous Article
Naqsh-e Rustam: The Incredible Tombs and Rockface Reliefs of the Sassanian Kings
Next Article
Iron Lung: The History of the Present Day Breathing Machines