For the first time through the 1963 film called ‘The Birds’, director Alfred Hitchcock informed the world that avian attacks are nothing new and they could turn gruesome at times.

In the classic film, Hitchcock shows how birds can turn violent when nature becomes harsh and food supply depletes. The film was loosely based on a story of British author Daphne du Maurier.

Decades after the release of The Bird, Australian ornithologists are now confirming that certain birds have become creative in finding their food. The Australian birds have been using burning twigs to trigger bushfires during summer and scare prey into their waiting claws (talons). 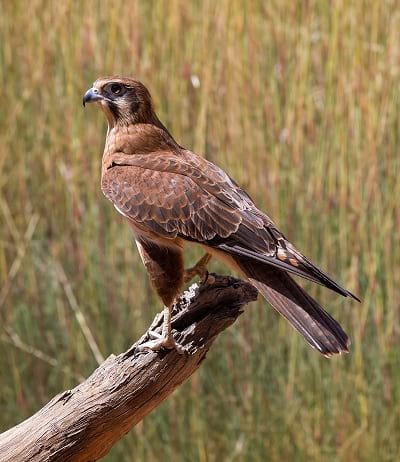 According to ornithologist Bob Gosford of the Central Land Council in Alice Springs, Australia, the birds in question are Black kites, whistling kites and brown falcons.

Writing in an article titled “Australian Raptors start fires to flush out prey”, Bob Gosford says these predatory birds regularly gather close to the edges of bushfires. They then take advantage of the exodus of insects, small lizards and small birds.

He further writes that the avian creatures have not only learnt to use fire to trigger bushfires, but also learnt to control the fires. Therefore, bushfires are nothing but happy hunting grounds for Australian raptors.

According to Australian aboriginal lore, the avian arsonists’ fire-bombing the savanna landscape is nothing new. They have been carrying fire to catch their prey across the savannas of Australia’s far north for centuries.

This is more or less the first recorded occurrence of fire being used by avian creatures.

Australian ornithologists confirm that birds make solo and at times group attempts to carry burning twigs in their claws to trigger wild bushfires. This behaviour is known to aborigines of the Northern Territory, an article in the Journal of Ethnobiology says.

However, European ornithologists refuse to accept the observations of the Australian aboriginals that bushfires are happy hunting grounds for the Raptors. That is why there has been no scientific documentation of this avian behaviour to date.

In this context, Gosford and his co-authors spent at least six years to collect over 20 witness accounts across the Top End. This indicates that the behaviour of the Australian raptors appears to be spread across the tropics of Queensland and Western Australia.

Terming the Australian Raptor’s behaviour as a fascinating phenomenon, scientist Alex Kacelnik said this is the first time that he heard of birds trying to control fire. Kacelnik is an expert on animal tool use at the University of Oxford, United Kingdom.

The Australian Raptor’s behaviour, Kacelnik says, is an indication of how birds are good at finding innovative solutions to food problems. Kacelnik then speculates that the skill could be interpolated at far off locations and also among younger raptors in the same flock.

Till today, history has told us that humans and lightning have been the only vectors of fire Down Under. But, the behaviour of these “firehawks” is forcing us to re-examine human understanding of the history of fire in the Australian landscape.

Gosford’s co-author Dr Mark Bonta confirmed that most of the data they collected is based on their collaboration with Australia’s Aboriginal peoples. The natives, he feels, perhaps knew of the behaviour of the firehawks for 40,000 years. Bonta is a National Geographic grantee and geographer at Penn State University, US.

For decades, people in the Northern Territory of Australia have considered firehawks a part of nature.

Gosford writes that the firehawks like black kites and brown falcons perch on the edge of the wildfires and indulge in a killing and feeding frenzy.

In 1964, Australian journalist Douglas Lockwood compiled an autobiography of Waipuldanya Phillip Roberts in “I, the Aboriginal”.

In the autobiography, Roberts says he saw a firehawk pick up a smouldering twig in its claws and drop it in a fresh patch of dry grass.  The firehawk then waited with its friends for the mad exodus of frightened reptiles, lizards and rodents.

Roberts then said the process was repeated elsewhere after the area got burnt out.

He says the purpose or intent of these firehawks is simply to say that hundreds of them can get a good meal. This hypothesis confirms that a third force in nature has the ability to spread devastating bushfires. According to Dr Bonta, not all birds indulge in aerial arson. Firehawks like Black kites, whistling kites and brown falcons have mastered the art of triggering bushfires.

According to official data, every year, up to 75% of Earth’s tropical savannas burn and account for half of the biomass that burns worldwide. Australia is not an exception to this rule.

Forest fires are a necessary and natural part of the ecosystem. Forest fires turn the ash from the dead trees and decaying plant matter in healthy forests as nutrients. These nutrients then return to the soil and enrich it in the process.

Another benefit is that the fire clears the thick overgrowth and allows sunlight to fall on the soil. This process helps native plant species to re-grow.

The forest fires also free the plants of invasive weeds and stop the spread of insects and diseases.

Interestingly, healthy and resilient trees survive the forest fire and spring back to life resulting in young and small forests. Such forests become home to diverse species re-establishing the changing ecology and life goes on.

Enjoyed this article? Also, check out “The Crooked Forest of Poland“.

Previous Article
Space Advertising: The Race to Advertise in Outer Space
Next Article
Eugen Sandow: The Child Who Became the Father of Bodybuilding