Eugen Sandow: The Child Who Became the Father of Bodybuilding Oscar Wilde famously said there were 2 tragedies in a man’s life. One, getting what one wants. Two, not getting what one wants. Eugen Sandow, the charming health coach of the 19th century, suffered both tragedies. He desired a muscular and shapely body, as carved out in Greek and Roman Sculptures. He got it. What he didn’t get was peace in family life. He died prematurely at 58 and was buried anonymously. A fan and an admirer, 77 years later, redeemed him as ‘The Father of Bodybuilding’.

Inspired early in life to have a strong and enviable physique

Eugen Sandow was born in Konigsberg, Prussia (today’s Kaliningrad, Russia) in 1867, as Friederich Wilhelm Mueller. In 1885, he moved out of Prussia to avoid the state enforced military recruitment.  He changed his name to Eugen Sandow and became a circus athlete, showing his muscles and physical strength to earn a living. By the age of 19 (year 1886), he was famous for his hair-raising stunts like breaking a chain tied to the chest, backflips, one finger pull-up, etc. That was what he wanted to be, since his childhood. As a child, he had gone to Italy on a trip and he was overawed with Sculptures of Greek and Roman heroes. The superhuman body frames impressed him no end. He even took measurements of the body muscles carved in the marble stone. The measurement served as benchmarks for his own muscle-development. And, he went on to become the first athlete in the world to have his body built to a plan. Mesmerized Europe and America with his stunning power feats

Sandow turned his passion for bodybuilding into gainful employment. In 1889, he won a strength competition at London and toured Europe extensively. His muscular profile and physical strength took Europe by storm. He travelled to America in 1893 and staged a memorable performance at the World Columbian Exposition in Chicago. He stood in a black box, body smeared in white powder, looking like a statue in marble. There, he met another strength performer, Milo Steinborn, who could lift an elephant on his back. He liked meeting people of his league and exchanged knowledge on health and vitality. Interrupting his tour of America, he had flown to Europe to marry his lady love. Thereafter, he flew back to America to complete his pending work. 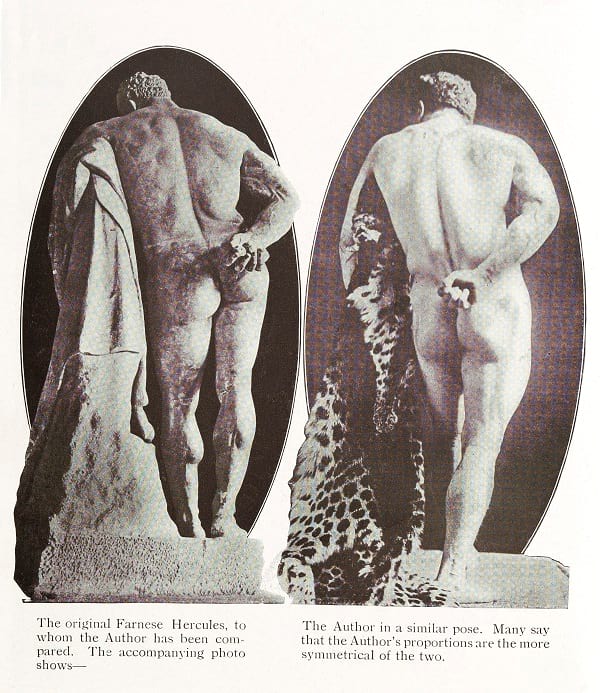 Appeared in films as well

In 1894, the 27-year-old Sandow starred in a film series produced by Edison Studios. The same year he acted in a commercial film titled ‘Sandow’ which dwelt on his passion for bodybuilding.

More than power play, his posturing and muscle stretch ticked with masses

His stage shows were primarily aimed at displaying the prowess of well-developed muscles. But he noted that it was not the strength quotient alone which appealed to spectators. What amused audience more was the sight of his muscles quiver to his command. Therefore, a demo of muscle flexing by body postures became the highlight of his shows which were called ‘Muscle Display Performances’. This paved the way for posturing and muscle flexing as practiced by the present day bodybuilders. 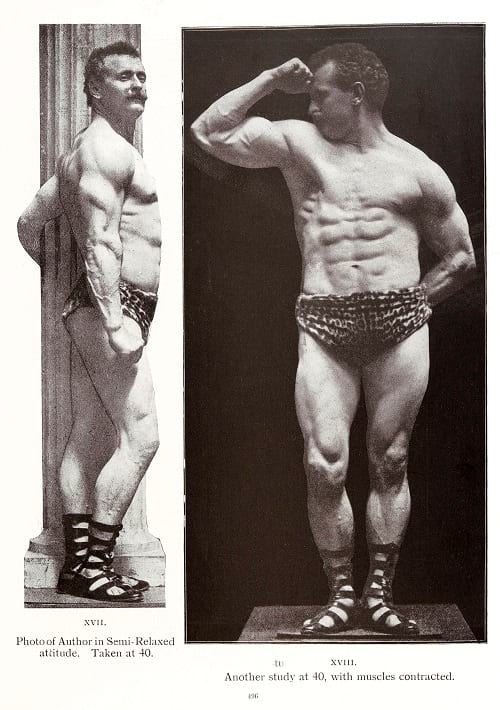 A rare combination of brawn and brain

He was an author, creator of training instruments and body-building systems, and a keen businessman. A physical culture studio in London, Sandow cigars, Sandow health magazine and health drink, testifies to his business acumen. The first ever bodybuilding contest of the world was organized by him on 14th September 1901. Titled ‘Great Competition’, the event was held at Royal Albert Hall, London, UK. The jury, apart from Eugen Sandow himself, included the famous sculptor sportsman Sir Charles Lewes, and the Scottish writer, Sir Arthur Conan Doyal.

His extramarital affairs proved to be his nemesis

Eugen was not just a body-beauty, but also a well-dressed socialite with a pleasing personality and keen sense humour. His manners were enticing and his friends’ list read like who’s who of the rich and famous. Married to Blanche Brooks Sandow, and proud father of 2 daughters, his popularity, in the long last, did him in. His women fans weren’t content with looking at him on stage, from distance. They wanted to touch him, feel his muscles, in a one-on-one after the stage show. And, of course, pay him well for this extra favour. He was romantically linked even to a male musician, a member of his entourage. His wife, naturally, resented his romantic affairs.

In 1909, Sandow tied up as a fitness guide for the English army. Subsequently, in 1911, he became health advisor to King George V. It was indeed a great going for him all the way till his death on October 14, 1925. Rumour mill worked overtime to explain his death. Local media said it was brain stroke. Some said it was a fall out of Syphilis, a sexually transmitted disease that he was suffering from. His extramarital affairs and marital discord were well known. This came clear in his wife’s request that her husband be laid to rest incognito. Keeping that in mind, his grave wasn’t given any identity reference.

His contribution to the world of bodybuilding was finally acknowledged

Thankfully, an admirer, Thomas manly, put up a tablet on Sandow’s grave in 2002. The tablet carried his name, life span (1867-1925) and a metaphor that would become his identity for all times to come – The Father of Body Building. Indeed, a fitting tribute to a man who made health and strength fashionable, and bodybuilding a popular way to look good and feel good. 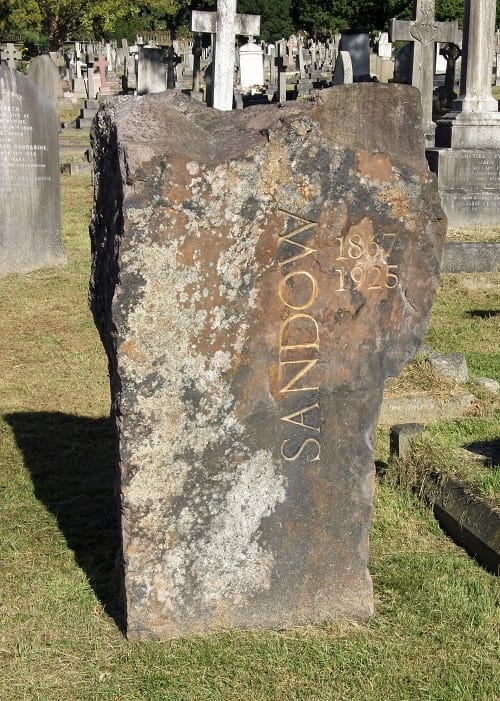 Enjoyed this article? Also, check out “Robert Wadlow: Trials and Tribulations of the World’s Tallest Man“.