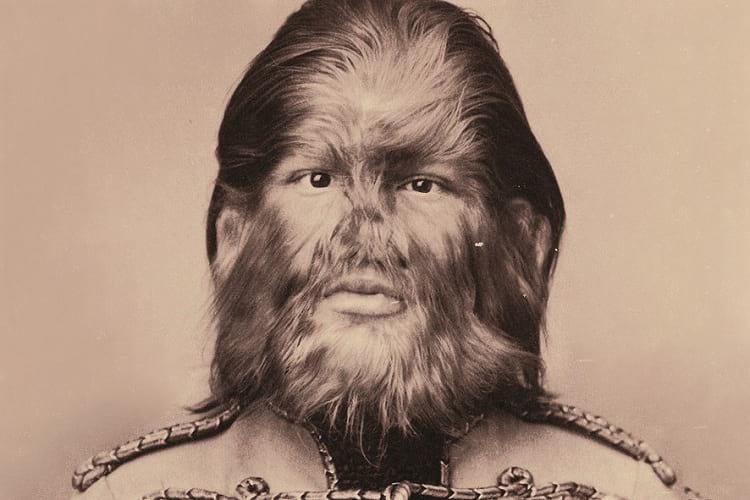 Fedor Jeftichew was born in the year 1868 in St. Petersburg, Russia. He suffered from hypertrichosis, a medical condition that leads to abnormal growth of hair on the body. His father, Adrian Jeftichew suffered from the same condition and became famous all over Europe in 1873 as the wolf man. Adrian appeared in many exhibitions as the ‘Wild Man from Kostroma Forest‘, accompanied by Fedor, who was his illegitimate son. 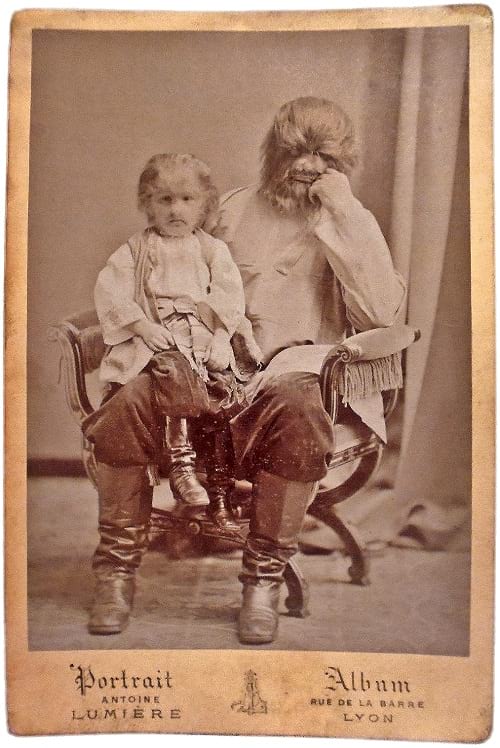 Adrian was advertised as the result of a Russian village girl’s affair with a bear. The horrific thought of such a mating piqued the curiosity of people who thronged to see the duo.

Though Adrian repulsed people with his dishevelled looks and crude behaviour, Fedor captured their hearts with his lively nature. Fedor picked up many languages by interacting with the audience in their native tongue. Later that year, Adrian died due to alcoholism.

Discovery of the talent

In 1884, a talent agent of Phineas Taylor Barnum saw Fedor exhibited in Liverpool in North West England and decided to approach him for joining Barnum’s human freak shows. Fedor joined the show that same year in America, as it paid better. P.T. Barnum had started a travelling show in 1835 featuring unique humans. From Siamese twins to giants and dwarfs, Barnum labelled his show a freak show. In 1841, he expanded and opened at the American Museum in Manhattan.

He turned it into a bigger show on April 10 in 1871 when he opened ‘P.T. Barnum’s Grand Travelling Museum, Menagerie, Caravan, and Circus‘ in Brooklyn. This went on to become ‘Barnum & Bailey Greatest Show On Earth‘ in 1887 featuring Fedor and other unusual people.

Barnum had created a striking story around the discovery of Jo-Jo. The story spread was, that a hunter in the forest of Kostroma had come across Fedor and his beast-like father. He managed to track down the duo to their cave. The father had been a savage, impossible to turn into a cultured human being and was killed by the hunter. The child, Fedor was gentle and was captured. Barnum went on to be known as the ‘Greatest Showman on Earth’. His sideshow performers were well looked after, heavily promoted and earned a good amount. Some of them became well known and were rolling in money. Barnum died in 1891 and the performers protested in 1898 for being called ‘freaks’, with Fedor Jeftichew in the lead. The same year, Fedor and a group of other experienced sideshow performers were granted the legal right to be publicised as ‘prodigies’.

The journey of Fedor Jeftichew: The dog-faced man

When Fedor Jeftichew joined P.T Barnum, he was renamed Jo-Jo ‘The Dog-Faced Man’. He always wore a Russian cavalry uniform which sharply contrasted with his animalistic looks. He was received well by the curious audience, mostly because of his friendly amicable behaviour. Fedor was kind, gentle and dignified. People of the press came close and tugged on his facial hair to verify his appearance. Barnum stressed on Fedor’s likeness to a dog to the extent of proclaiming that he barked and growled when agitated. Though Fedor obliged Barnum by displaying certain dog traits when asked to, Jo-Jo was described by the New York Herald as playful as a pup in his interactions with the audience and “the most absorbingly interesting curiosity to ever reach these shores”.

He worked with Barnum till 1901, and then went on to tour and performed all over the world. He was one of the highest paid performers of ‘Barnum & Bailey Greatest Show on Earth’ that time, earning USD 500 a week in 1886. During his stint with P.T. Barnum, Jo-Jo was advertised as “The most prodigious paragon of all prodigies secured by P. T. Barnum in over 50 years”.

Fedor fell sick with pneumonia during a tour in Greece in 1904. Unable to recover, he passed away on January 31, 1904, in Salonica, Greece. His death was sorely mourned by sideshow performers and show enthusiasts, all over. As for the Barnum & Bailey Show, it was sold to the Ringling Brothers on July 8, 1907, and renamed the ‘Ringling Bros. and Barnum & Bailey Circus‘ in 1919. The circus performed its last shows in May 2017, bringing an end to an era.