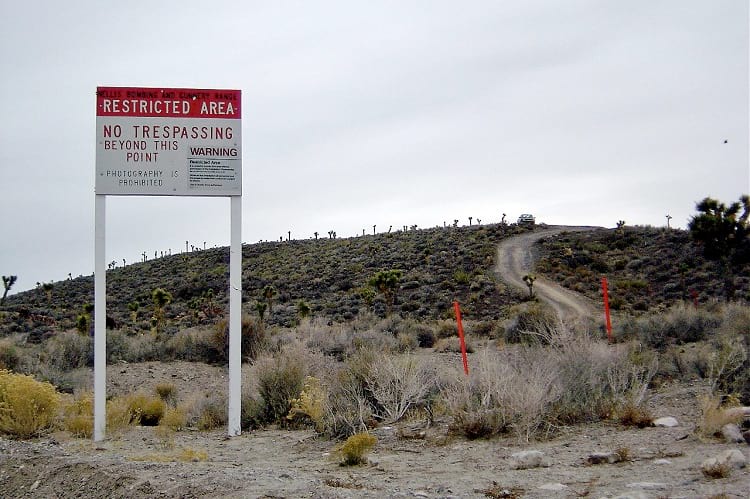 About 80 miles from Las Vegas, on the outskirts of Nevada is a top-secret United States Air Force military base, dubbed as Area 51 that has been active since the Second World War. During the war, the ground was used for training and testing machine guns. A decade after the war saw President Eisenhower approving a secret area of land meant to develop and test stealth aeroplanes as part of a defence system in light of the events at Pearl Harbor.

The territory has been managed by the Edwards Air Force base in California. At the centre of the base sits a large military airfield. This airfield had to later be expanded as technologically advanced aeroplanes were being built. It wasn’t until 2013 that the United States government officially acknowledged the area’s existence in an almost completely unredacted version of an older CIA report from 1994. 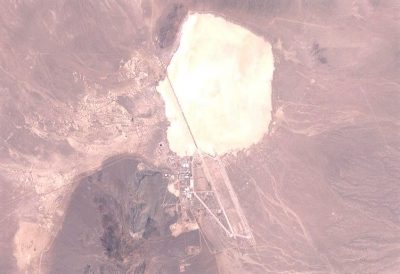 Since the territory had been sanctioned by the US Government to carry out top-secret missions, it is of no surprise that the security measures here would be top-notch. In fact, not only are the security measures tight, they have actually gone out of their way to keep the area inaccessible to the common people.

For starters, the entrance is protected by a boom gate, which is a bar that moves horizontally to prevent entry and can only be accessed from a single point of control. There is no fencing around the property, but there are signs that say trespassers will be fined and that photography isn’t allowed. The security guard has been given the freedom to use deadly measures with persistent trespassers. Right above the boom gate are multiple security cameras that keep a lookout from all angles 24 hours a day. There are also motion detectors around the perimeter of the area that can discern even the slightest movement. They have tight security not just at the ground level of the base, but also in the airspace above it. Pilots who accidentally fly into the buffer zone of restricted airspace are subjected to punishment from their commanders, although the punishment is quite lenient. Whereas, the punishment for pilots who knowingly fly through the restricted airspace is much harsher. They can be summoned in the court, face a dishonourable discharge from their position, subjected to time in prison, or even a combination of these. Helicopters also help keep a lookout on trespassers every now and then.

One of the plausible reasons people thought they saw UFOs could be because some of the aircraft being tested by the US military were way beyond their time. For example, Commercial grade aeroplanes were only capable of flying up to 20,000 ft and it was believed back then that aeroplanes couldn’t go above 40,000 feet. 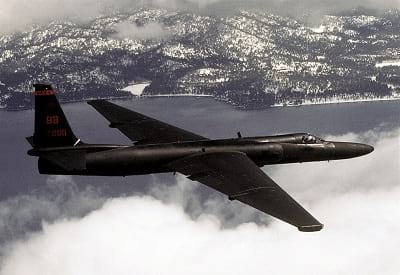 Despite the US government’s efforts to keep the development and testing of new aeroplanes a secret, some projects were inevitably known to the public. The U-2 Lockheed Reconnaissance Aircraft was one the secret projects started back in the 1950s. It was capable of flying at heights of 20,000 meters and also flew 160 km per hour faster than other aeroplanes As the Soviet Union’s missile technology began improving, there emerged a need for better aeroplanes than the U-2. The U-2 was succeeded by the Suntan which could fly at a whopping 3,200 km per hour. The only issue with this plane was the type of fuel the government needed to procure. It used liquid hydrogen and would have been too expensive for long-term use. 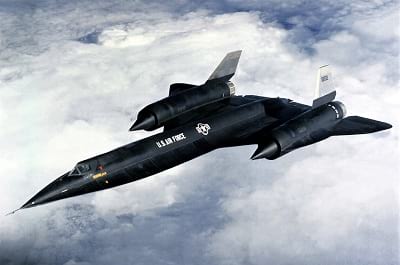 The A-12 Oxcart was the world’s first titanium plane before it got discontinued in 1968. It flew at a speed of 3,700 km per hour and heights of 25,000 meters. Because of its speed, the aeroplane would appear in and out of clouds rather quickly and at much higher altitudes than commercial airlines. This quick disappearance act made commercial airline pilots think they were looking at a UFO. This plane was also kept out of speed competitions since it had to be kept a secret. Since the aircraft flew at such high speeds, it was bound to get heated up quickly. Hence, the plane used a special kind of fuel (called JP-7) that could withstand very high temperatures; in fact, it doesn’t burn even when you throw a lit matchstick into it. This fuel also helped act as an internal coolant.

The Oxcart was then succeeded by the SR-71 Blackbird. This was one of the fastest air-breathing manned aircraft until it retired in 1998. It flew at speeds similar to the Oxcart but could attain a massive altitude of 27,400 meters. Other aeroplanes like the Tacit Blue, Have Blue and the Bird of Prey were some of the first attempts at stealth aircraft. The Bird of Prey was actually an experimental aircraft that was made with one single piece of structure put together using 3D technology.

The Area used to be called by various names before the name Area 51 was chosen for it. Of the many different names it was given over time, Paradise Ranch stands out. This name was chosen on purpose at the time to attract people to work there. Other given names were Groom Lake, Water Town, and Dream Land. Giving the territory an enticing name like Paradise Ranch was important because initially the only entertainment available for workers there was a tennis court and a bowling alley. The tv and radio signals were strictly controlled in a way that only radio signals could make it through the mountains in the evening.

There is also a small town called Rachel, with an approximate population of 54 people, that lies off the course of Area 51 in Nevada and it is a haven for tourists inquisitive about the area and also alien fanatics. There are other interesting items to lure tourists, such as an Alien Research Centre, and an inn by the name of Little A’Le’Inn surrounding the town of Rachel. The highway that goes through the town was also renamed to the Extraterrestrial Highway in 1996. 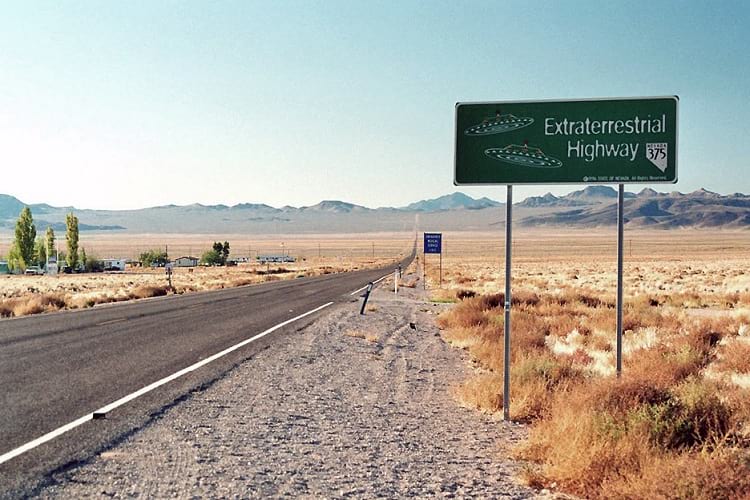 It is certain that as much as we try to speculate, guess, and research on the subject, at some point we will have comfort ourselves with the fact that happenings with the area are going to remain confidential for a long period of time. As much as we want to satiate our curious nature, some questions remain unanswered.

Enjoyed this article? Also, check out “Was Canada’s VZ-9 Avrocar Flying Saucer the UFOs That Were Seen on Earth?“.