Martin Laurello: The Astounding ‘Human Owl’ Who Could Turn His Head Around By 180 Degrees

Martin Eemmerling, better known as Martin Laurello, was born in May 1885, and was believed to be an anatomical wonder because of a bizarre act he could perform. Laurello had the ability to turn his head around at a 180-degree angle. While it is not exactly clear how Laurello was able to perform such a wondrous feat, it is quite probable that it was because he was born with a bent spine that he could twist his head to quite this extent. 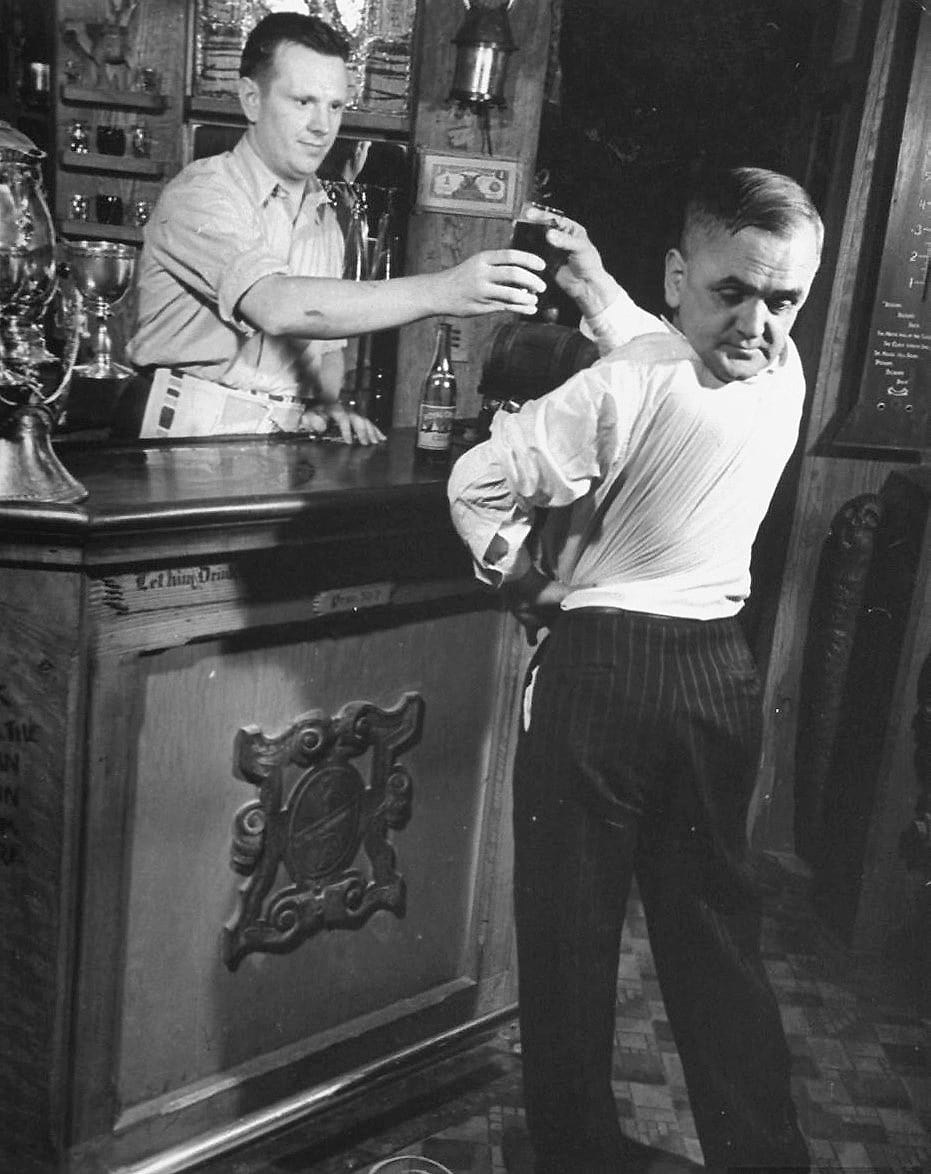 Martin Laurello with his head turned at a bar. (Artem Servadze / Wikimedia Commons)

The Life and Times of the Human Owl

Originally from Nuremberg, Germany, Martin Laurello migrated to the United States of America in 1921, along with several other people who suffered from rare conditions like Laurello himself. He was a German- American performer, who was given the stage name of ‘The Human Owl’.

Being able to turn his head around by 180 degrees is not a feat that even Laurello could possibly have achieved overnight. Laurello spent three years practicing to slowly twist his head little by little until he was finally able to achieve this feat. He worked with many performing groups like ‘Ripley’s Believe It Or Not’, ‘Ringling Brothers’, as well as with ‘Barnum and Bailey’. Percilla Berjano, also known as the ‘Monkey Girl’, was Laurello’s fellow performer and spoke out about him, confirming that he “could put his head all the way around.” 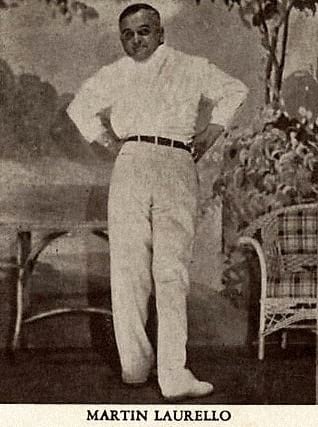 Martin Laurello with his head turned 180 degrees around. (Wikimedia Commons)

When Martin Laurello was working at the Bailey Circus he came to be known as ‘Bobby the Boy with the Revolving Head’. He is also believed to have worked at Hubert’s Museum during the winter, which is based in New York City. He also worked with the Ringling Brothers, as well as in Coney Island, after his stint at Hubert’s Museum. In the 1930s, Laurello attracted huge crowds when he was working at ‘Ripley’s Believe It or Not! Odditoriums’.

When Laurello would twist his head, he was not able to breathe. However, he was able to drink. During performances, he would prefer wearing a white shirt, and could walk straight, even when he twisted his head to look backwards.

Very less is known about Martin Laurello’s personal life as there is practically no documentation of it. It is however known that he had abandoned his wife, and she had lodged a complaint against him via telegram. Consequently, the Baltimore police had arrested Laurello.

Martin Joe Laurello and his Pets

Other than being able to rotate his head, Laurello was also known for training various animals, particularly cats and dogs, to perform acrobatics. He would typically begin his act with the animals that he had trained himself. One of his famous acts was one where two cats were made to wear gloves, and would box each other. Laurello also had an act where he would have two dogs engage in a dance routine together. Laurello had a dog named ‘Frisco’ who had been trained to walk only on his hind legs, like a human, and it could even smoke a cigar while carrying an umbrella. It was only after his animals had performed their acts that Laurello would proceed to astonish his audience with his signature act of twisting his head around by 180 degrees, and showcase the anatomical wonder that he was. 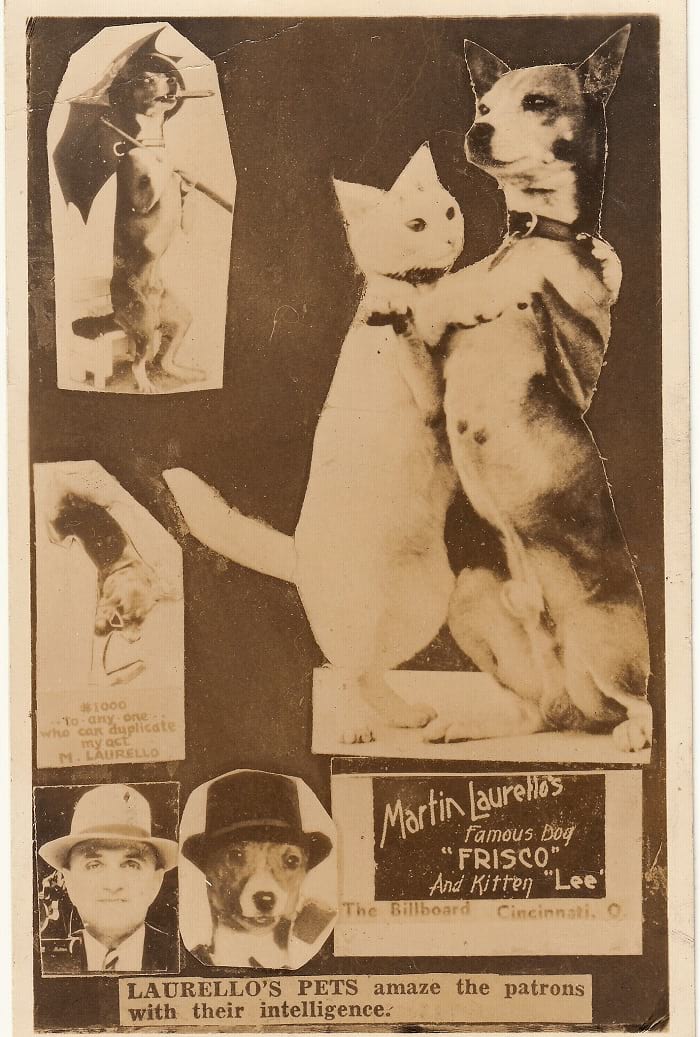 Being of German descent, Laurello was supposedly a Nazi supporter and according to his fellow performer Berjano, he “didn’t like the American flag”. His last performance was supposedly in 1945 with Ripley, after which he probably chose to retire. Following his retirement, no one knows what happened to Laurello, according to rumours he passed away in the 1950s.

Enjoyed this article? Also, check out “Leonard Trask: The Man Who Conquered Disability“.