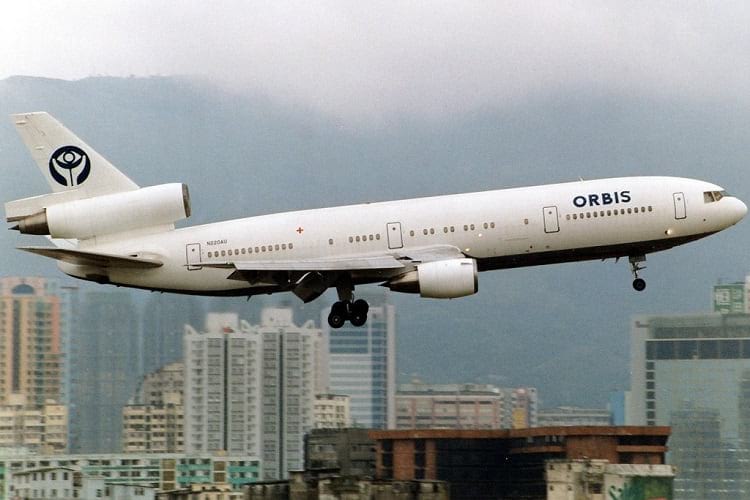 Whenever there is a medical casualty, we tend to rush to the hospital. But what if the hospital rushes to you? Sounds strange right? But that’s what ORBIS has been doing for last 36 years. ORBIS international falls under the category of international non-profit non-government organisation. As their official motto goes, ‘Saving Sight Worldwide’ they made their inception in 1982 with the objective of eradicating preventable blindness.

According to WHO estimates, 253 million people suffer from some kind of vision impairment worldwide. But what’s more disheartening is that 80% cases of these impairments are preventable. Also, the highest percentage of these problems occur in developing countries where most of the people suffering from one or more of these problems don’t have access to adequate eye care facilities.

As a result, when Dr. David Paton found out people cannot reach hospitals, he dreamed of hospital reaching them and he launched ‘Project ORBIS’. The project came to life when Eddie Carlson (Former Chairman, United Airlines) donated DC-8 for this noble cause in 1980. Since that day, ORBIS has been vigorously pursuing their dream with their one-of-it’s kind Flying Eye Hospital.

In 1994, ORBIS shifted its hospital to a bigger and better DC-10. Currently, the ORBIS Flying Eye Hospital operates in an MD-10 which was donated by FedEx. The Flying Hospital is piloted by volunteer pilots who are happy to dedicate their time for the cause.

Facilities inside the aircraft

The aeroplane features a modular hospital suite which itself is unique. Its structure can be split into 9 modular compartments. The plane is fitted with operating theatres and laser rooms, where surgeries can be performed in a sterile environment and classrooms, where medical personnel of the locality can be trained by world-class practitioners. 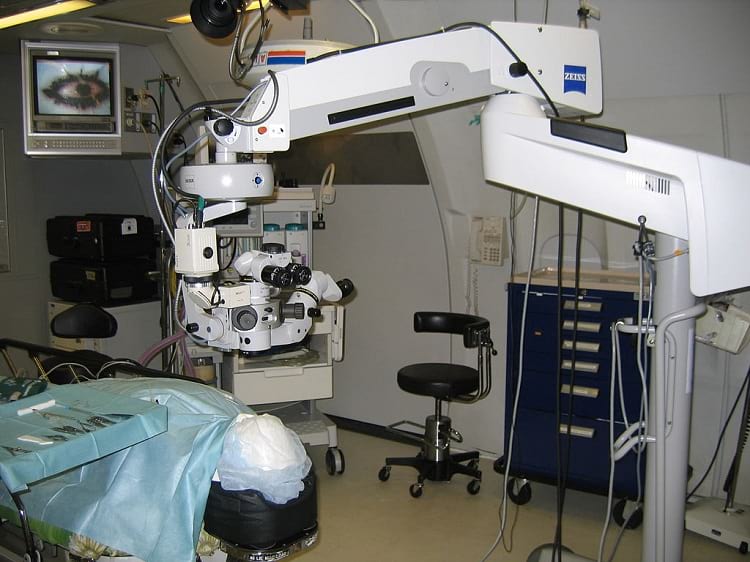 They can watch live surgeries which are performed in the Flying Hospital. In fact, the surgery is also broadcasted to local hospitals where other medical personnel can observe the live surgery through the eyes of the surgeon. This has been made possible by 3-D filming techniques and broadcast technology.

The Flying Hospital is self-supporting, it generates its own oxygen for medical use, is capable of using jet’s fuel to run all the medical equipments and has its own plant for treating water. Apart from all the high-tech equipments, the Flying Hospital also carries a cargo of small teddy bears to comfort its patients after the surgeries. The Orbis Flying Eye Hospital targets developing countries which have no or poor public healthcare facilities. Currently, “We prevent and treat avoidable blindness in 18 countries worldwide” claims the official ORBIS website. The NGO raises funds from 8 fundraising offices located in Canada, United Kingdom, Hong Kong, Africa, Ireland, Singapore and New York. Also, people from other parts of the world can donate money to power the plane through their website.

The organisation claims “that over the past five years it has trained over 10,000 doctors, conducted more than 12.5 million eye exams and performed around 350,000 eye surgeries” reports CNBC. They have widened their reach with the help of their digital programme “Cybersight” which allows medical personnel in countries, out of reach of the ORBIS plans, to seek expert advice from ORBIS professionals in complex cases through digital means. This has helped ORBIS to reach the regions which were previously unreachable due to logistics, cost or security reasons.

ORBIS is also the co-founder of “VISION 2020: The Right to Sight” along with the World Health Organisation (WHO). Under this initiative, developed countries are asked to export technology to the developing countries at an economical rate. ORBIS has made life better for people living in 92 countries and is still going on.

Enjoyed this article? Also, check out “The Antonov An-225: The Longest and the Heaviest Aircraft Ever Built“.

Previous Article
The Dvorak Technique: The System to Estimate the Intensity of Tropical Cyclones
Next Article
The Near Endangered Honduran White Bat of Central America