The Antonov An-225: The Longest and the Heaviest Aircraft Ever Built 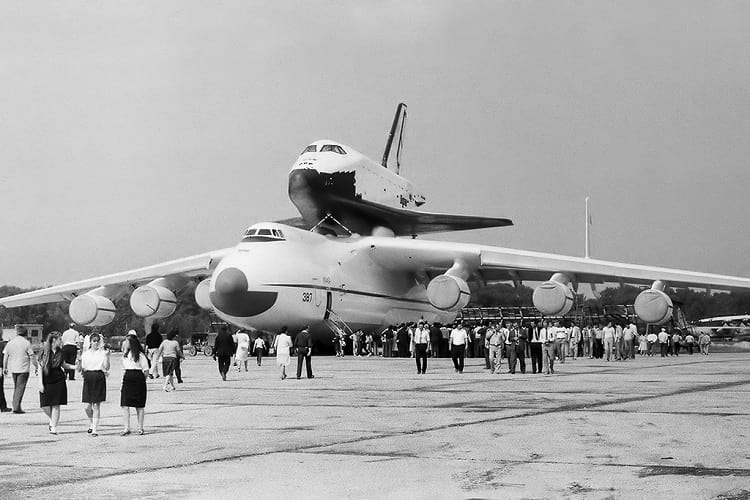 The Soviet Union was known for its opulent grandeur, none more so than in the field of engineering. Antonov is the name of an aeronautical organization located in Gostomel Airport, Ukraine, famous for building behemoth vehicles. Between the years of 1984-88, they created an aeroplane which still remains as the biggest to ever be manufactured. It is called the Antonov An-225 or Mriya which means dream in Ukrainian. It has of course been heavily upgraded since those years when it was built to carry space shuttles and equipment from Moscow to Kazakhstan – where the Baikonur Cosmodrome lies. That was, unbelievably, the cheapest way of doing so.

Mriya is 84m long (almost as long as a professional football pitch) which is longer than the distance the Wright Brothers reached when they flew for the first time in 1903. It has a maximum speed of 528 MPH and a take-off weight of 640 tons meaning it is twice as heavy as the statue of liberty. The fact that constructs as heavy as Mriya can fly is truly phenomenal. 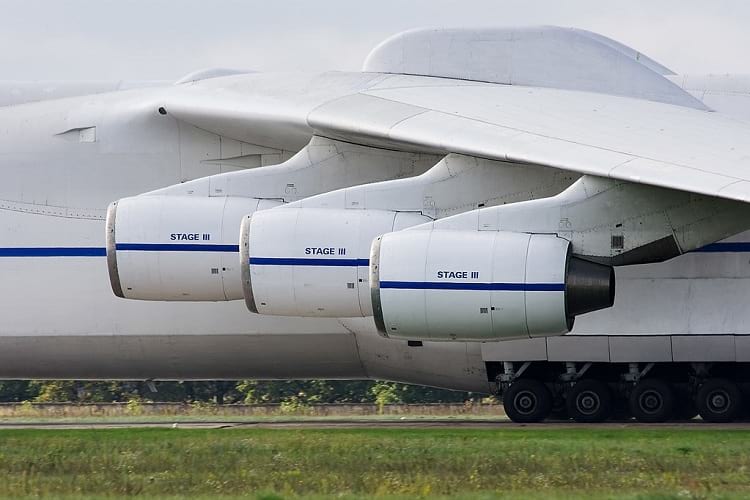 Antonov An-225 is equipped with three powerful D-18T engines on either side. (Dmitry A. Mottl / Wikimedia Commons)

When Mriya is expected thousands of people come to watch her land or take-off. Other features which impress aviation enthusiasts is the nose of the plane which can detach to allow cargo to be loaded and save weight. It also has a design called a twin tail for extra stability.

If you want to rent the Mriya, it is not cheap at $30,000 an hour. For this reason, it has not been used extensively only around once or twice a year but here are a few examples of its missions. In many of these, it has broken world records for its unique cargo hold capabilities. It was contracted to deliver 216,000 meals to the US military from Stuttgart, Germany to Oman.

In 2009, the heaviest ever single item was delivered to Armenia – a gas generator at an astonishing 189 tons. While the heaviest multiple cargoes was a series of pipelines weighing 253 tons. The longest cargo came one year later with two 42.1m wind turbine blades which came from China to Denmark. Then in 2016, the plane flexed its muscles even more by transporting a 130-ton cargo – another generator – from the Czech Republic (AKA Czechia), all the way to Perth, Australia. Cargo being loaded in Antonov An-225 Mriya. (Robert Sullivan / Flickr)

Projects like this can be criticized by many. People would ask where the humanity is and the reason for spending this amount of money but the fact is that Mriya can help people too. Humanitarian missions have included delivering generators to Samoa in order to fix electric stations damaged by the 2009 tsunami. The Japanese government also sent machinery to the island of Haiti by means of aid after the 2010 earthquake. Later the French government assisted the Japanese people during a similar catastrophe.

Mriya has recently caught the attention of a new buyer – AIC – the Airspace Industry of China. A private aerospace and defence company they have agreed to buy the An-255 program and within the next ten years, they hope to fill the sky with 1,000 planes. AIC is more interested in the newer version of the Mriya however. In terms of heavy lift – its transportation capacity is unmatched, even able to launch satellites into space at high enough altitudes. The main landing gear of Antonov An-225. (Kārlis Dambrāns / Flickr)

The CEO of Antonov Airlines, Mikhail Karchenko is disappointed about losing the fleet but knows it is a necessary sacrifice. He stated:

“The Chinese want to buy from us this plane and there’s no harm in it, but of course no one wants to sell the aircraft. The Mriya is not separable from Ukraine, it’s like our child, and it’s something our children, and our grandchildren can always be proud of.”

Enjoyed this article? Also, check out “Why NASA Loves the Super Guppy Aircraft“.

Previous Article
D.B. Cooper: The Man Who Hijacked a Plane and Got Away
Next Article
Bloop: Large Mysterious Animal of the Deep Sea? or Ice quakes?