Nauru: An 8 Square Mile Island That was Once the World’s Richest Country 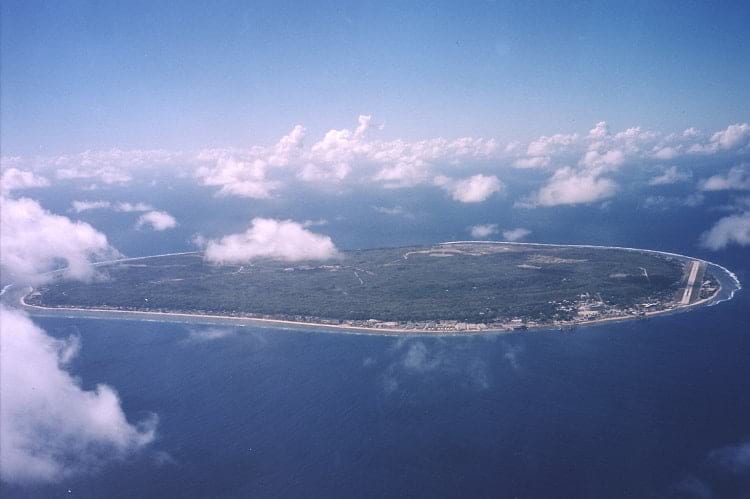 It was the poor villager who got rich off the hen that laid golden eggs, and it was the people of Nauru who got rich off the bird poop. This is the tale of people of Nauru. Two thousand and ninety-nine miles off Gold Coast, you will stumble upon the world’s smallest island nation – Nauru. Nauru has a total landmass of mere 8 square miles, making it even smaller than the Brisbane Airport. 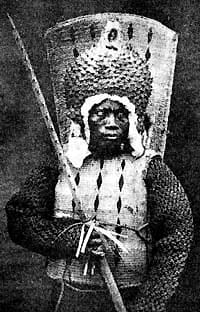 This small coral island in the middle of the Pacific Ocean is home to about 10,000 people. Initially, Nauru was inhabited by 12 indigenous tribes or clans but, now the ethnic composition stands at Nauruans- 58%, other Pacific Islanders – 26%, Chinese- 8% and Europeans- 8%. The majority of the population is Christian. Nauruan is the official language of the nation, however, being a former British colony, English is also widely understood and spoken.

Nauru drew international attention in 1980 when it was reported the wealthiest country on the planet. Nauru recorded the highest per capita income worldwide and instantly became the envy of several developed European countries.

How Nauru became the richest country?

The interesting thing about this story is that the country owed its wealth to the business of selling calcified bird excreta or phosphate. Before the arrival of humans, the island had been the rest stop for the seagulls for 4 million years. Over time, the guano (bird poop) calcified, enriching the island with huge reserves of valuable phosphate. 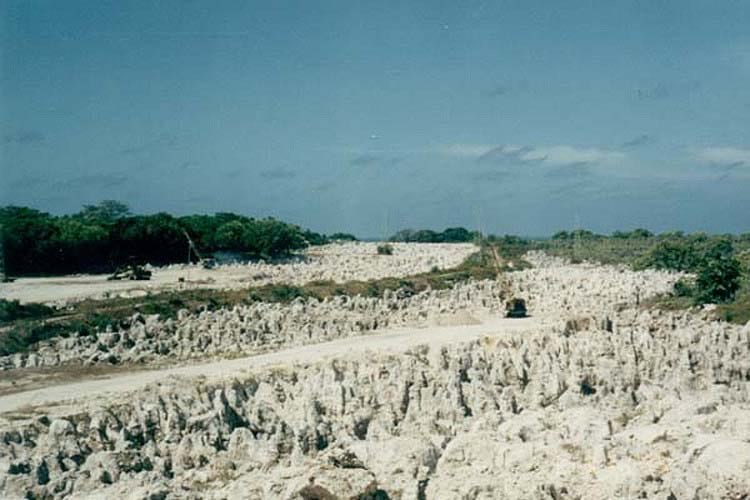 Phosphate has been an important component in the production of fertilizers and other commodities. As a result, when Phosphate reserves were discovered in the early 1900s, Nauru became an ideal colony for the superpowers of the world. It was colonized three times, initially by Germans then by Aussies and finally by Japanese.

Ongoing phosphate mining, circa 1947-1994. (Trust Territory of the Pacific Islands)

It finally attained its independence in 1968. Throughout these years, phosphate trade was an important component of the imperial strategy. Even after attaining independence, it remained a profitable business minting millions of dollars to the Nauruans. In 1975, the country earned around 2.5 billion dollars, more than enough to satisfy the need of its population of 7000 people. 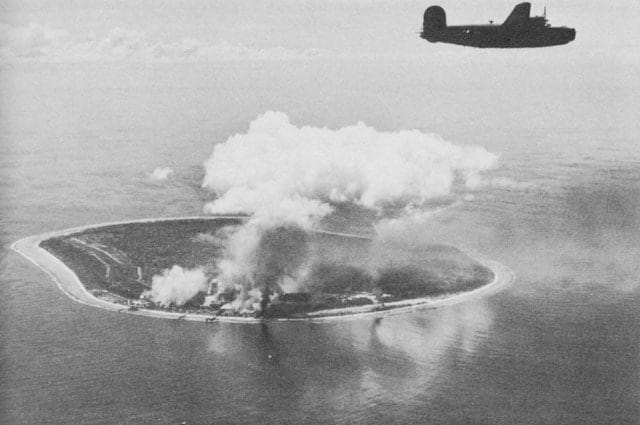 US Air Force bombing Japanese-colonised Nauru in 1943. (Philip A. Crowl and Edmund G. Love / US Military)

With this spike in daily income, every day turned into a party day for the Nauruans. They started to live a life of luxury, importing western food and sports cars. Some even gave up their jobs and went on lavish tours and vacations. In fact, “Dollars notes were even used as toilet paper” a local tells BBC. This unhealthy change of lifestyle had disastrous consequences for the Nauruans in the long term.

The current life expectancy rate is just 55 years for men and 57 years for women. While the life expectancy rate has pegged itself to low levels, rates of diseases such as diabetes and several heart ailments have risen by exponential levels. In 2007, 94.5 percent of the population was declared overweight by the WHO (World Health Organisation).

Nauru records the highest rates of Type II diabetes accounting to a level of 31 percent of the adults being affected by it. Things turned worse for the Nauruans when the phosphate reserves dried out in the early 1980s. With no secondary source of income, the Nauruan economy collapsed.

The government and its people tried several methods of generating money. Meanwhile, one of the country’s financial advisers, Duke Minks, managed to convince the Nauruan president to fund a queer piece of musical theatre dubbed as “Leonardo the Musical: A Portrait of  Love.” The show was a huge failure and was closed shortly after its inception in June 1993. It further increased the burden on the people of the island nation by 7 million dollars in terms of today’s currency. With no alternative in sight, many people yearned for the life as it was before the discovery of the phosphate reserves. But it was too late now, exploitive levels of mining had rendered 75 percent of the land inhabitable. Since the 2000s, Nauru has become the dump yard for the refugees heading towards Australia. The Australian government provides financial aid to the Nauruan government in lieu of habilitation services and Nauruan government has become heavily depended upon it.

The refugee camp at Nauru was overcrowded and lacked basic facilities such as drinking water and as a result, it was shut for the same reason in 2007. As the problem of immigration grew a hotter issue for Australia, it invested billions of dollars in redeveloping and improving the Nauruan camps. In 2012, the camps were reopened despite the conditions still being pathetic.

The prevailing conditions have led detainees to depression and develop suicidal tendencies. Australian and Nauruan government have kept the injustice covered by charging an exorbitant visa fee of 8000 dollars for media persons. Moreover, in 2015, Australia passed a law that has made speaking about the detention center a punishable offense. Nauru was reported in the world’s five poorest countries by Business Tech in 2017. 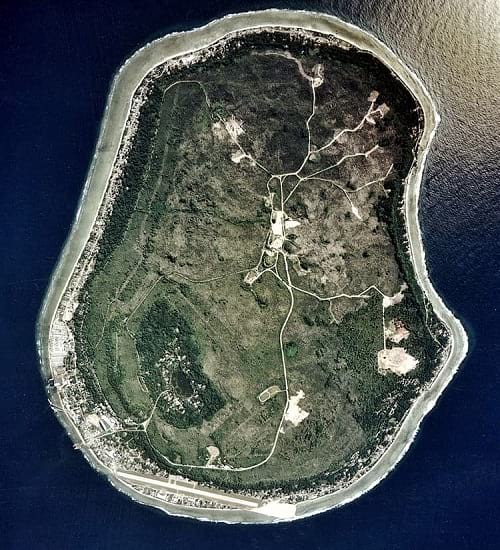 Today, Nauru records one of the highest unemployment rates in the world with 90% of its people jobless. There are only two hotels on the island and a single supermarket. The island is connected via the Nauru International Airport, whose main airstrip was built during the Japanese occupation.

There is no daily newspaper in Nauru. “State-owned Radio Nauru (88.8 FM) carries programming from Radio Australia and the BBC, and Nauru TV carries programmes from Australia and New Zealand as well as local output” reports BBC. The country has no capital, however, some consider Yaren as the capital city. Such is life on the island nation Nauru.

What was once called the “Paradise Island”, is now just an inhabitable piece of land, totally denuded of its former glory.