Olympic games greatly affect the infrastructure of their host cities, and not necessarily always in a positive way. A great deal of expense is involved in building the state-of-the-art stadiums, pools, tracks, and facilities that are required for the attending sports people, their coaches, fans, members of the media, and other visitors. There is no guarantee, however, that the host city will be able to recoup these expenses after the Olympics.

While some of the venues manage to remain in use for the purpose the organizers built them for, others must perforce get repurposed for completely different sports and activities. Some venues even end up being abandoned and it becomes necessary to demolish them.

The Olympic facilities in South Korea

South Korea hosted the Winter Olympics and Paralympics in 2018. In preparation for this event, they built the 35,000-seat Pyeongchang Olympic Stadium at a staggering cost of $100 million. It is located 180 km southeast of the capital city Seoul in PyeongChang. Once the Olympics were over, there was very little possibility that this enormous stadium might host other similar large-scale events. That being the case, there was really no reason to justify expending the amount of money that was needed for its continued maintenance. So, after much deliberation, the authorities demolished it. It had been used only on four or five occasions. When you compare that with the amount spent on it and the amount needed to demolish it, the whole thing doesn’t make much sense from the financial perspective. There are plans now to construct an Olympic memorial hall in its place.

The Olympic facilities in Brazil

Given its long history for hosting international sports events, it was an easy choice for the Olympics Committee to select Rio de Janeiro to host the 2016 Summer Olympics. Brazil set about building nine new venues and seven temporary venues, with most of the sports events taking place at 18 existing venues.

The Maracanã stadium, the second-largest stadium in South America, was the venue for the opening and closing ceremonies of the Olympic Games. The Brazilians built it for the 1950 FIFA World Cup, and it also hosted the 2014 FIFA World Cup. Additionally, it has hosted many other football championships over the years. Refurbished for the Olympics, it fell into a state of disrepair after the games. The sports authorities renovated it later, and it is now mainly used for football matches between the major football clubs in Brazil.

Some of the temporary venues like the Rio Aquatic Centre now lie abandoned. The Olympic Committee billed the Centre as the model of nomadic architecture techniques, and the local government had plans for it. They intended to disassemble the Centre and build it into two community swimming centres, but, apparently, a lack of funds derailed this conversion.

The Olympic facilities in the UK

London is the first city to have hosted three Olympic Games. The first occasion, in 1908, came about because the games could not be held in Rome as planned. Italy could not afford to host the games anymore. The country needed to divert the finances set aside for the games into the more urgent disaster relief operations after the eruption of Mount Vesuvius in 1906. Hence, the pivot to London to host the Olympic Games.

In London, the Olympic Games took place in 13 venues. The hurriedly-built White City Stadium had tracks for athletics events, with a swimming pool and a raised level surface for wrestling and gymnastics in the centre. The stadium later hosted the 1934 British Empire Games, the 1966 FIFA World Cup, and, between 1927 and 1984, it was a venue for greyhound racing. The stadium was demolished in 1985 and, on the demolished grounds, the BBC constructed a collection of buildings called BBC Media Village to house its offices.

The All England Tennis and Lawn Club, which has been in existence since the 1870s, was the venue for tennis, and it continues to host tennis competitions, including the annual Wimbledon Championship.

After the Second World War, the Olympic Games took place in 1948 and, as a nod to all the devastation and the consequent need for financial sobriety, they were dubbed the Austerity Games.

The economic situation, at this point, was not conducive for building any new venues, and, so, most of the events took at Wembley Stadium and the Empire Pool at Wembley Park. All other events took place in 24 sports grounds used by various clubs. The athletes were accommodated in housing complexes in the Wembley area.

The Summer Olympics of 2012 revitalized London’s East End. The sporting complex constructed for the Olympics is now the Queen Elizabeth Olympic Park, and some of the venues here are still very much in use, surrounded by waterways, gardens, and cafes. The buildings constructed to house the athletes in the Olympic village were converted into apartments. In 2016, the renovated Olympic Stadium became the home ground of the West Ham United Football Club.

The Olympic facilities in Russia

Although Sochi already had training centres for aspiring Olympic athletes, the Russian authorities did not think the facilities were fitting enough to host international competitions. Russia, therefore, spent over $51 billion to construct arenas, ice rinks, and ski slopes in Sochi for the 2014 Winter Olympics. The Sochi Olympics have been the most expensive to date, but Sochi hopes to recover almost all the costs by using the venues for future sporting events.

In 2016, the authorities removed the dazzling snowy peaks roof of the Fisht Olympic Stadium in order to fulfil FIFA regulations to host the 2017 Confederations Cup and 2018 World Cup. Fisht Stadium, as it is now known, is the home of PFC Sochi, a Russian professional football club.

The venue of the ice hockey games was the even more dazzling Bolshoy Ice Dome. It has a silver-coloured aluminium panelled roof that is encrusted with 38,000 LED lights. The hockey team HC Sochi is based there, and it is also used as an entertainment centre and concert hall.

The skiing venues at Rosa Khutor were built 2011 and hosted FIS Alpine Ski World Cup before the Olympics. Rosa Khutor Alpine Ski Resort is being promoted as a ski destination for international tourists.

The Olympic facilities in China

The park that China built for the 2008 Summer Olympics in Beijing’s Chaoyang district is called the Olympic Green. Some of the venues like those for hockey and archery competitions have been dismantled, but most of the other venues are still in use and will be hosting the 2022 Winter Olympics. The National Aquatics Centre, popularly known as Water Cube for its unique cuboid bubble architecture, is where the swimming and diving events were held. In 2010, the interior of almost half of the centre was redesigned to create a water park at a cost of 200 million yuan. It is currently Asia’s largest indoor water park.

The Olympic facilities in Greece

While Greece reportedly went way over budget to host the 2004 Summer Olympics, the infrastructure they built at this time has had a positive impact on the city’s public amenities. The Olympic stadium is the home of the Panathinaikos football club. The venues built for various sports still host various sporting competitions for those sports. Some venues have been converted into public parks. The Ano Liosia Olympic Hall, which built for judo and wrestling, is going to house the Hellenic Academy of Culture and Hellenic Digital Archive. The athletes’ village was turned into low-cost housing complexes.

The Olympic facilities in Norway

Lillehammer in Norway hosted the 1994 Winter Olympics and the Winter Youth Olympics in 2016. All the Olympic venues are still in use. The Lysgardsbakkene Ski Jumping Arena is used all months of the year. It is located in the town and it is where the opening ceremony was held. Lillehammer can be considered as a post-Olympic success.

The Olympic facilities in the former Yugoslavia

Most of the 1984 Winter Olympics sites in Sarajevo, Yugoslavia, survived the Bosnian War of 1992-1995. Local sports enthusiasts are assisting the Olympic Committee of Bosnia and Herzegovina to reconstruct and maintain various sports venues such as the graffiti-adorned bobsled course on Mount Trebevic. In 2010, the main stadium was named Juan Antonio Samaranch Olympic Hall after the seventh President of the International Olympic Committee, and it hosted the 2019 European Youth Olympic Winter Festival. 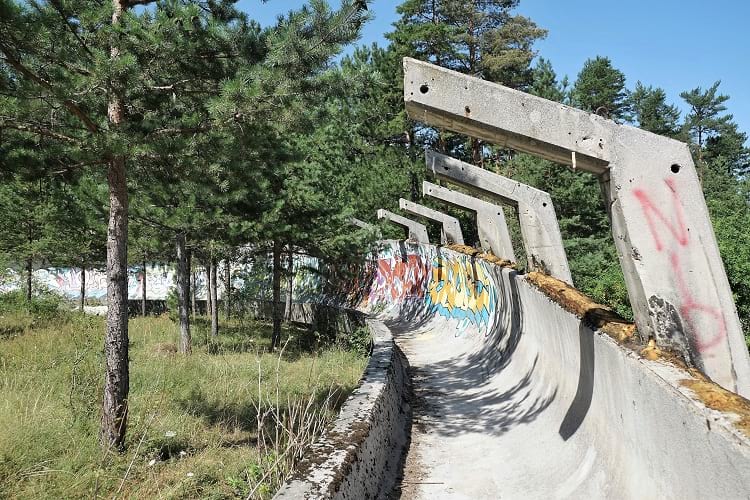 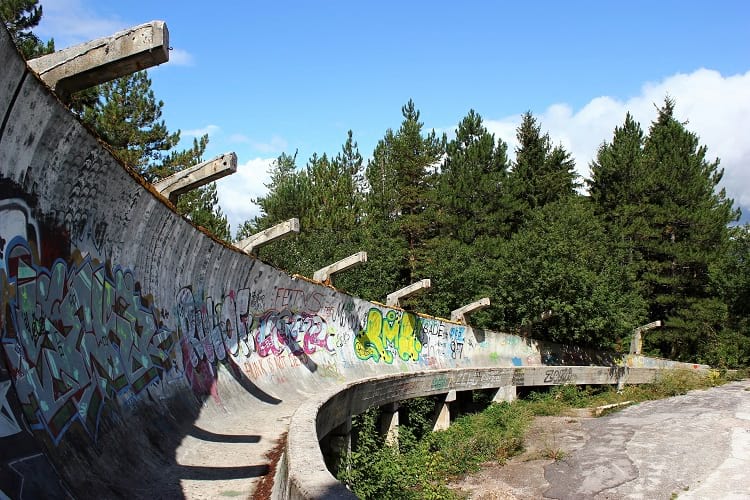 Is it really worth the expense to host the Olympic games?

An increasing number of people around the world are beginning to question the wisdom of spending billions on building the multitude of large venues required for the Olympic Games. Many are of the opinion that it is not worth it for the host country to undergo such expense for venues that may have limited or no use in the future. So, the organizers of the Olympic games must come up with workable schemes that can justify this kind of expenditure.

When it is not possible to use the venues for the sports they were built for, the most common re-purposing method so far has been to remodel the venues to use for hosting some other events or for some other purposes. This, however, is not always possible. From both the reconstruction and cost perspectives, it is rather difficult to re-purpose stadiums that are built in circular shapes. Rectangular buildings such as those built for gymnastics and judo are comparatively easier to reuse.

The more economical choice, though, is to construct temporary structures. The most successful re-purposing has been the turning of the Olympic Villages into housing complexes. The best choice is to decide what infrastructure the host city needs and temporarily retrofit that to use for the games.

Olympic parks were mostly built on empty lands just outside the host cities and that made them inconvenient to be reused for everyday city life. Barcelona was able to successfully regenerate its beach culture and downtown industrial areas after using them as venues for the 1992 Summer Olympics. Since then, the trend has been to locate venues in the centre of the host city, creating an infrastructure that can be easily reused for business and other activities.

When it comes to the cost of the Olympic Games, in addition to the sports infrastructure, the host city must also spend money on building or renovating public transportation, roads, railways, airports, hospitals, security, power grid, and other things. Without hosting the Olympics, it may not have been possible to allocate the budget needed for the building all the infrastructure at the same time. This expenditure can be taken as an investment that helps the host city in the long term.

Still, whatever decision is made, it is important to make it very carefully made and long before even thinking of hosting the Olympics.

Previous Article
Devils Tower in Wyoming: A National Monument and a Geological Wonder
Next Article
Voyager Golden Records: A Package for the Extraterrestrial from Planet Earth