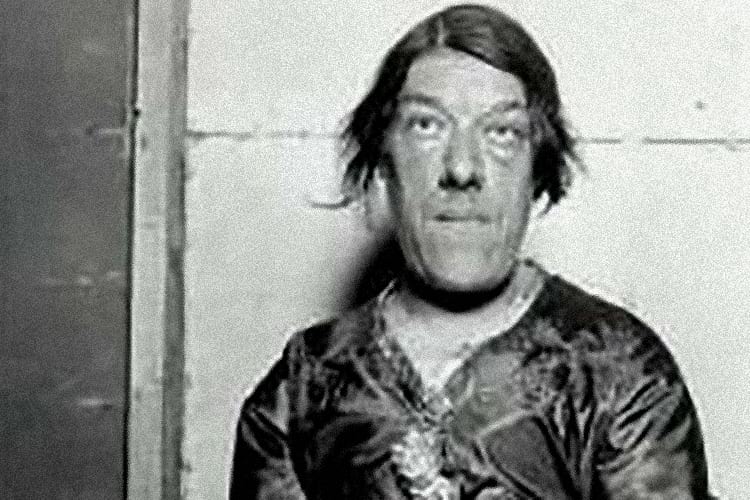 Women across time and geographical boundaries have been stereotyped in their pursuit of physical ideals of beauty. In fact, the adjective ‘feminine’ itself has come to be synonymous with grace and beauty. For a woman to not be ‘feminine’, convention implies, she is not attractive. Mary Ann Bevan was a lady who famously bore the brunt of losing her ‘femininity’ and beauty, but turned the tide and profited from it.

Born in 1874 to a large family in London, Mary Ann was a conventionally attractive and charming young woman and led an ordinary city life. Her empathetic and compassionate nature led her to work as a nurse, which was a rather noble profession. Like any other woman, Mary Ann too dreamed of getting married to a handsome young man, building a family and eventually embracing motherhood. Little did she know, her dreams would come true but at the cost of her beauty. Over the years, Mary Ann Bevan came to be recognized as the world’s ‘Ugliest Woman’.

At the age of 29, in 1903, Mary Ann Webster married a handsome young man named Thomas Bevan. Upon her marriage, she came to be known as Mary Ann Bevan and had 4 children with Thomas. She paid a heavy price for Motherhood as she was since struck with one illness after another. Migraines, muscle pains, deteriorating eyesight, and various other problems began to torment her as Mary Ann’s health began to deteriorate. Bad luck followed her persistently through the years, and 11 years after her marriage, her husband passed away and left her as a widow with 4 young children to fend for. Worse still, her husband left her with almost no money to cater to her and her children’s basic needs. However, Mary Ann Bevan rose to the occasion and strove to do anything possible to keep her children well-fed and support them through life.

As her health deteriorated, her appearance began to change over time. Her basic facial structure metamorphosed in an abnormal manner, making her look more and more masculine by the day. Not only her face but her entire body changed with larger limbs and a larger torso. This was the onset of a rare disease called Acromegaly, which stems from a neuroendocrine disorder. As a consequence of this disorder, there is an increase in growth hormones in the body which leads to the enlargement of soft tissue. It also results in the development of a benign tumour, known as a pituitary adenoma. Though this disorder is now treatable, back in the 20th century, it had no cure. 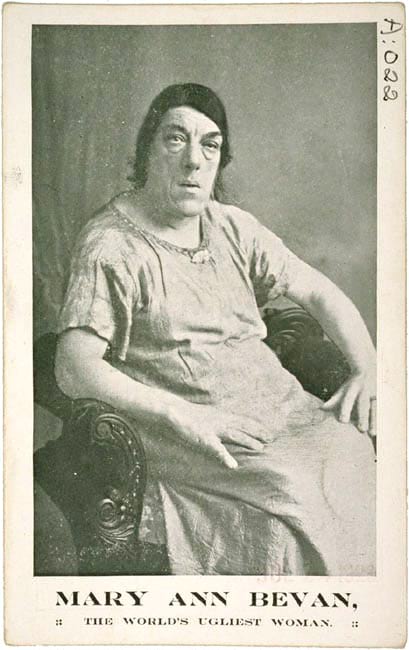 A stroke of luck

With the passing of her husband, Mary Ann had to look for a job that would pay her enough to sustain her four children and herself.  She applied to a number of prospective employers, but was turned away time and again owing to her physical abnormalities. Labelled as a “freak”, she ran out of options for daily jobs and was struggling to make her ends meet.

Out of the blue, Mary Ann came across a contest for the title of the “World’s Ugliest Woman”. Contrary to her rosy dreams as a beautiful young woman, she set forth to participate in this humiliating competition and surprisingly won it. She received a fairly large sum of money as a prize which allowed her to support her family freely for a while. However, her win also led to her being publicized in newspapers and openly mocked and humiliated. As gruelling as it was, she refused to bow down to adversity and chose to look at the silver lining: the tag of a “freak” could be exploited to feed her family. Eventually, Coney Island’s Dreamland Show invited Mary Ann to the United States of America to display her ugly appearance for profit.

Life as a celebrated “freak”

Although people ridiculed her, being at a circus brought Mary Ann Bevan a stable job and significant prosperity. In Coney Island’s Dreamland Show, she found solidarity and a unique kinship in being surrounded by people with unique characteristics. The notable circus ‘displays’ of the time included a bearded woman, Siamese twins, Giant men, Dwarves, all of whom had been labelled as ‘freaks’ by society. She spent the majority of her life working for the circus. She had forsaken her personal dignity to fulfill the needs of her children. Mary Ann Bevan had become a sensation in the circus community, and had come to take pride and ownership in her title as the “World’s Ugliest Woman”. Though she toured extensively around the globe, she returned to Europe only once in her lifetime as part of an exhibition.

Mary Ann Bevan became a source of entertainment for people and her pictures started appearing on postcards and greeting cards as a joke at the expense of her physical appearance. This raised a lot of legitimate concern among people, including her doctor, Harvey Cushing, who appealed to the Time Magazine against the same. There was an influx of demands on humanitarian grounds to stop making public statements and joking about her appearance as she suffered from a dangerous medical condition. As a prognosis of Acromegaly, Mary Ann Bevan died at the age of 59, in 1933. Even as late as 2006, her picture made a re-appearance in birthday cards, published by a company known as Hallmark Cards. At the appeal of several empathetic people and doctors, the company retracted these cards apologizing for having hurt any sentiments. The company claimed they were unaware that her unattractive physical appearance was owing to a fatal disease.

Despite all the ridicule and humiliation, Mary Ann Bevan led a content life since she was able to selflessly provide for her children. Her final request to her children before she passed away was to have her buried in England. As she succumbed to her disorder and passed away, Mary Ann’s children buried her in Brockley Cemetery in England. She still serves as an inspirational figure for those who deal with Acromegaly. Mary Ann Bevan was a true feminist icon who proved that beauty is skin deep, and paved the way for people to accept their appearance and be proud of themselves as they were.

Previous Article
A Peek Into The Dark Times That Befell Assam and Its Effect on the Modern-Day State
Next Article
The One-legged Runner Who Challenged Cancer: Terry Fox