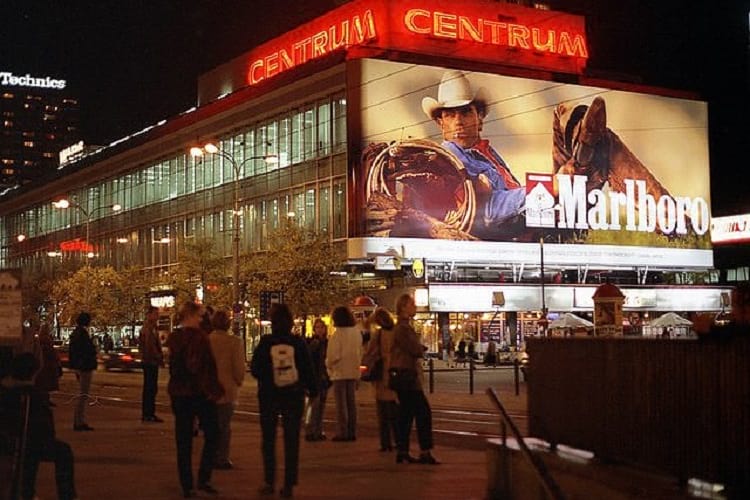 The Marlboro cigarettes have long been associated with the ‘Marlboro Man’, the macho cowboy who endorsed the brand and convincingly stamped it as a man’s cigarette. However, very few are aware of the fact that the brand also earned an unpopular nickname ‘Cowboy killers’. 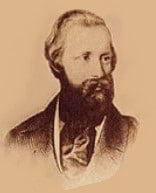 In 1924, Philip Morris & Co., Ltd. who launched a filtered cigarette, Marlboro for women with the slogan ‘Mild as May‘, boasted of red cellulose around the filter to hide lipstick stains.

Cigarette smoking was on the rise due to aggressive marketing, which arose from increased production through automatic rolling machines. Filtered cigarettes were a small 0.6% of the cigarettes manufactured and were considered feminine. However, scientific evidence started linking smoking cigarette to respiratory and heart ailments.

By the mid-twentieth century, public awareness campaigns were propagating the adverse health effects of the use of tobacco. This led to a changeover in the design of cigarettes which to date is the most popular one marketed worldwide. More and more cigarettes were using filters to reduce tar and nicotine intake by a smoker.

From a lady’s cigarette to the macho man

Philip Morris & Co. tried desperately to market the filtered cigarettes of Marlboro as the better choice for men and women but failed to hit the mark with men. Their advertising emphasised on the ‘healthier’ choice in cigarettes by adding a tagline “play safe with your throat”, in 1941. They used strong powerful looking men in their campaigns. Nevertheless, men were averse to endorsing a brand that was associated with women. The filtered Marlboros were unable to dominate market sales and were only occupying a meagre 1% of the 51% share of market sales of filtered cigarettes. As a last resort to revive Marlboro as a better choice, Philip Morris & Co. agreed to take on the services of adman Leo Burnett, who had recently started his own agency. Burnett suggested repackaging Marlboro completely to position it as the rugged macho man’s choice. His first ad for Marlboro was inspired by the cover of Life magazine in 1949. Shot by famed photojournalist of Life magazine Leonard McCombe, it featured a cowboy in a stubble smoking a cigarette. McCombe did a photo essay on the life of a cowboy. It documented Clarence Hailey Long, Jr. at the JA ranch in Texas. Subsequently, Burnett started using the cowboy theme for Marlboro ads. It featured models and actors, enacting a cowboy’s life. The response to the new ad campaigns was an increase in sales of Marlboro and finally on 15 November 1954, Leo Burnett was officially appointed as the advertising agency for Marlboro cigarettes. In 1955, the Marlboro Man campaign was launched and the sales saw a 3000% increase from the previous year generating revenue of $5 billion.  In 1957, Marlboro sales generated revenue of $20 billion.

The Marlboro Man till date is known as the most iconic ad campaign and Burnett’s most famous creation. However, Leo Burnett was not convinced by the actors playing cowboys and was on the lookout for a real cowboy who exuded the aura of raw machismo. Burnett came across Darrell Winfield who worked as a ranch hand in the town of Pinedale, Wyoming in Texas and was completely floored by his persona. In Burnett’s own words, “I had seen cowboys, but I had never seen one that just really, like, he sort of scared the hell out of me”. Winfield went on to play the legendary Marlboro Man from 1968 to 1989, epitomising the quintessential rugged American cowboy. Marlboro had arrived! The filter cigarettes became the most sought-after masculine accessory.

However, a few years later, they were labelled ‘Cowboy killers’ or ‘Killer Reds’ when reports came out of 5 Marlboro men dying due to smoking-related illnesses. David Millar was one of the first Marlboro Man in a TV ad campaign. Millar was petrified of horses and had to be lifted on to one for the shooting of the ad film. He died of emphysema at the age of 81 in October 1987. Stuntman Wayne McLaren was the first Marlboro Man to actively participate in anti-smoking campaigns. Two years before his death in 1992, he started working as an anti-smoking activist. He died of lung cancer. David McLean was an actor who played cowboy in TV westerns. He was also the Marlboro Man in the 60s. He died of lung cancer in 1995. Richard Hammer was a fire-fighter who turned into an actor and also played the Marlboro Man, ultimately died because of lung cancer in 1999. Eric Lawson was the Marlboro Man in the late 70s. He was the fifth Marlboro Man to die of a smoking-related illness. He passed away on 10 January 2014 at the age of 72.

The Marlboro Man was forced to retire in 1999 when the Tobacco Master Settlement Agreement came into existence, banning public cigarette billboards in the US.

Enjoyed this article? Also, check out “The Secret Behind the Centennial Light that Continues to Defy Planned Obsolescence“.

F act Analysis:
STSTW Media strives to deliver accurate information through careful research. However, things can go wrong. If you find the above article inaccurate or biased, please let us know at [email protected]

Previous Article
Ultima Thule: A Snowman-Shaped Celestial Body That is the Farthest Object a Space Probe Has Ever Captured
Next Article
Lake Crescent: Washington State’s Beautiful, Deadly Lake and its History of Chilling, Notable Incidents