Ultima Thule: A Snowman-Shaped Celestial Body That is the Farthest Object a Space Probe Has Ever Captured Space is no longer a figment of humans’ imagination. With so many new aspects being unfolded each day by space explorers and government agencies, there is hardly any scope for denial now. Space is real. And the knowledge of events and occurrences that take place millions of kilometers away from our planet are nothing but man’s tireless endeavours to find out new things that lie in darkness, well beyond our solar system. One such discovery that has come across as yet another major achievement in the field of space research is the recent photographs of ‘Ultima Thule’. A first of its kind finding, Ultima Thule is considered to be the most distant object in space to have been captured on camera by a space probe.

The US space agency’s New Horizons Mission in accordance with John Hopkins University Applied Physics Laboratory, was launched in the year 2006 with a view to perform the primary operation of a flyby (where a probe is sent in outer space to only fly past a planet so that it can be studied in detail) to Pluto. In a bid to research and learn more about the dwarf planet of our solar system, the probe performed its task successfully in the year 2015. The interplanetary spacecraft New Horizons was also assigned another task, which was to fly by and gather more scientific information about objects in the Kuiper Belt, farther away from the minor planet Pluto. And ringing in the New Year, the probe did send back good news after all. 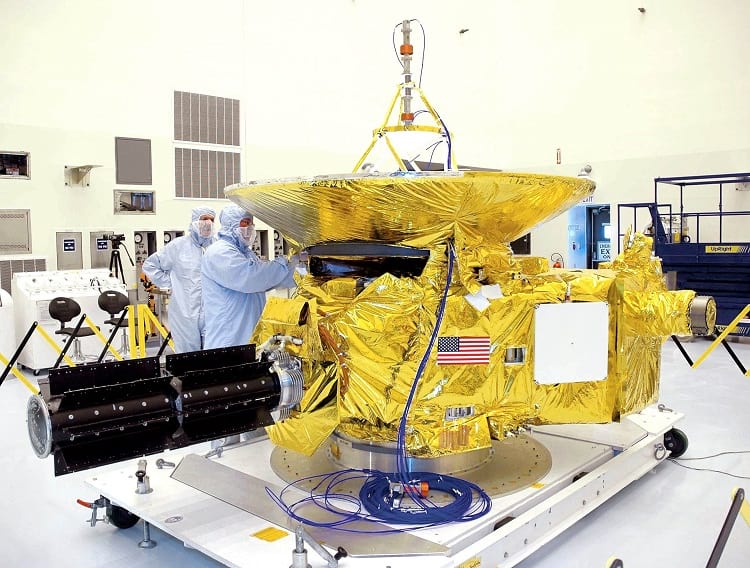 What is the Kuiper Belt?

An area that belongs to our solar system, which is believed to be very frigid, lying beyond the orbit of planet Neptune, where hundreds of thousands of dwarf planets, comets, asteroids and many other small celestial bodies are contained is the Kuiper Belt. The Kuiper Belt is the icy band where the dwarf planet of Pluto was first discovered in the year 1930. Initially given the status of a planet in 1992, Pluto’s standing came under the scanner when other objects of similar sizes were discovered floating in the Kuiper Belt. Pluto’s status was then stripped of and it came to be termed as a dwarf planet ever since. Similarly, many more objects in the Kuiper Belt known as KBOs (Kuiper Belt Objects), including Ultima Thule, have been discovered in the icy ring consisting of dwarf bodies, among which the discovery of Ultima Thule is of prime importance. 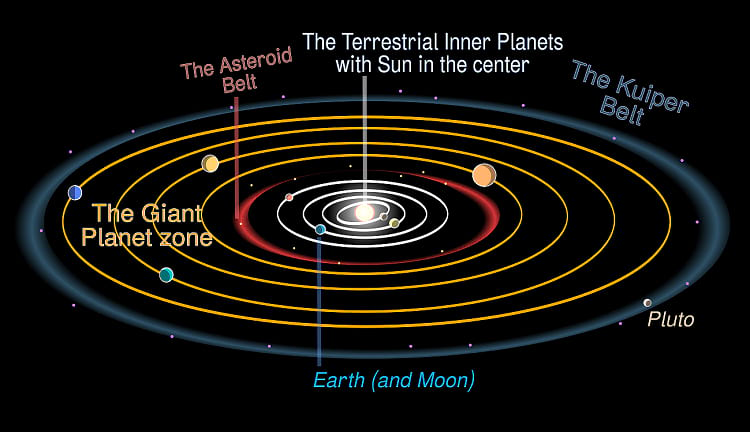 What is Ultima Thule?

Long before New Horizons space probe made a flyby beyond Kuiper Belt’s gatekeeper Pluto, it had sent over a picture of a hazy, single dot that was named 2014 MU69. But tired of using the official designation every time, scientists immediately gave it the nickname Ultima Thule, for two reasons. Firstly, it was the ultimate discovery that a manmade spacecraft had ever come across (which explains Ultima) and secondly, during the fourth century Europe, an icy cold, mythological, distant land, lying far away in the north was termed Thule, which also stuck with the nickname of NASA’s newest finding. Out of the thirty-six names that were compiled and posted online, Ultima Thule gathered the most votes and so by majority, in 2014 MU69 came to be known as Ultima Thule.

Ultima Thule is also considered a fossil celestial body that holds the secret to the birth of our solar system. It is a trans-Neptunian object in the Kuiper Belt, which is a contact binary body, approximately 32 by 16 kilometres in dimension. It is composed of two distinctly separate objects fused together, also called lobes, which explain its contact binary nature. The two lobes of the almost spherical body might have been moving towards each other over several years until they touched and together came to be known as Ultima Thule. The larger body was named Ultima, while the smaller one was termed Thule. Scientists are also looking into the possibility that the two objects could be orbiting each other. 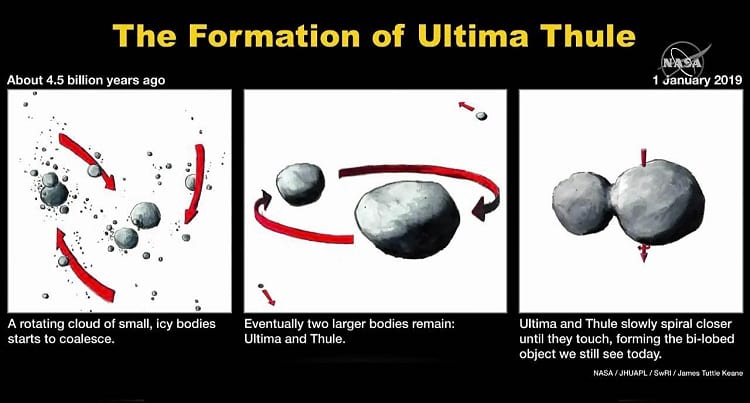 As per NASA’s data, the picture of Ultima Thule resembles a huge snowman adrift in space; of which, the duration of rotation period is yet to be ascertained correctly. The larger body is three times the size of the smaller body and its brightness did not change as it made a rotation. Ultima Thule spins end to end like a propeller and its axis was found to be pointing outwards. Like most other dwarf planets and regular ones, Ultima Thule has been found to be moderately cratered. The newly found celestial object is considered to be an icy world that is some 6.5 billion kilometers away from the Earth. It is believed to be a building block of planets and its study might offer clues into how the Earth, its neighbouring planets and the solar system formed in the first place. 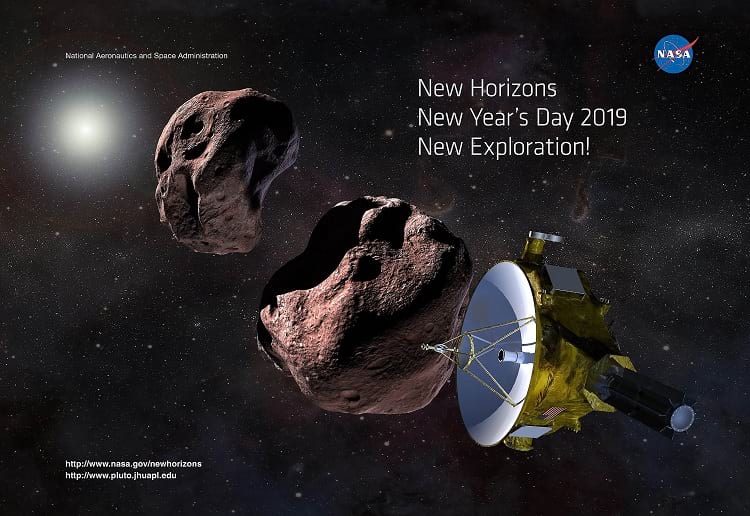 Artistic impression of a non-contact version of Ultima Thule. (NASA)

As per a statement issued by the lead scientist of the mission Dr. Alan Stern, the probe will travel behind the Sun, the outer surface of which will interfere with the transmission of photographs back to the Earth. It takes around six hours one way for data to be sent back to the Earth, which is why more information can only be relayed back on January 10, once the link to the spacecraft is restored.

First discovered by astronomers through the Hubble Space Telescope on June 26, 2014, Ultima Thule became clearer as New Horizons spacecraft made a flyby beyond Neptune in the solar system and then went further past Pluto into the Kuiper Belt on January 1, 2019.

Now scientists are keeping a close watch on this newly-discovered object in space and waiting for more information to be transmitted from the New Horizons spacecraft in a bid to find out more not just about the happy snowman Ultima Thule but also about the formation of planets inside the solar system and outside ones contained within the Kuiper Belt. It is only a matter of time before we get to know more about the farthest object in space that man has ever literally laid his eyes on.