What are Minor Planets and Dwarf Planets? 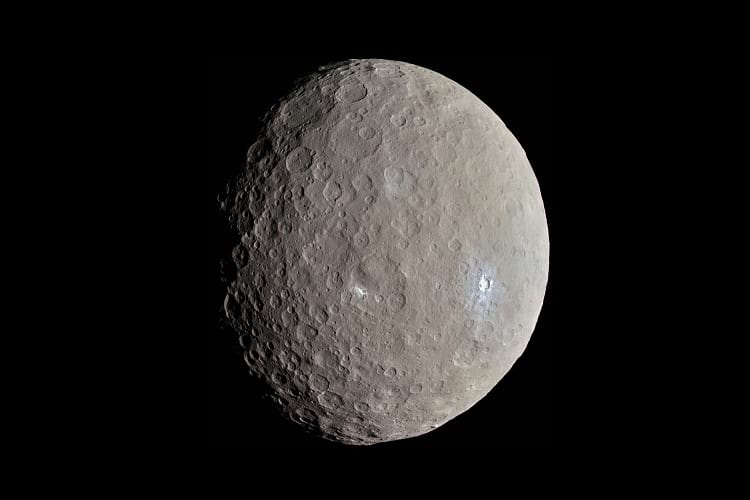 All through a major portion in the elaborate and intricate realms of history, astronomers, stargazers and celestial object experts have put their extensive focus on the principal stellar bodies like the Sun, Moon, Planets and Comets. They happened to be the extraterrestrial objects located in the easy nearness to Earth and were effortlessly spotted in the sky.

With gradual advancements in technology and research, other intriguing objects hovering around the solar system came into the limelight. They were anything but planets, comets or moons. They were small and compact objects orbiting in a plain-sailing manner amid the cosmos. They came to be known as “minor planets”.

What is a minor planet?

A minor planet is a celestial object that revolves around the Sun and does not fall into the category of either a planet or a comet. The origin of the term minor planet dates back to the 1800s. Several other nomenclatures like asteroids and planetoids have been used in a perplexing blend with minor planets.

The International Astronomical Union (IAU) committee made this situation even more complicated when they came up with another round of classification with the inclusion of more celestial bodies like “dwarf planets” and “small solar system bodies”. Simultaneously the IAU redefined the planet with amendments and Pluto was demoted to the rank of a dwarf planet.

The scientists from IAU assert that it is hydrostatic equilibrium which measures the capacity of a heavenly object to maintain a nearly spherical shape. It is also this distinctive feature that differentiates dwarf planets from the asymmetrically outlined small solar system bodies.

The labelling adds to further confusion as the IAU still maintains to recognise and use the term minor planet. Thus to be branded as a dwarf planet, the heavenly object should have enough mass to mould itself into a spherical form through a gravitational pull.

How are minor planets grouped?

Minor planets can be classified into several major categories namely asteroids, Trans-Neptunian objects, Trojans and centaurs. The asteroids reside within the asteroid belt which is the spatial territory between Mars and Jupiter. Astronomical bodies which are found to be orbiting beyond Neptune fall into the Trans-Neptunian class. Trojan is also a minor planet that ideally co-orbits with a planet or a moon and keeps up a stable and steady axial position at a definite place in relation to the larger object. And finally, centaurs are stellar objects that rotate in unsteady orbits between Jupiter and Neptune.

Ceres is one of the dwarf planets and is the only celestial body of its kind to be situated within the innermost ranges of the solar system. The other siblings of Ceres are located on the exterior peripheries inside the Kuiper Belt (the extraterrestrial region beyond the orbit of Neptune). Although Ceres is considered to be the smallest of all the discovered dwarf planets, it is the biggest entity within the asteroid belt. Ceres is devoid of any resident moons. Discovery and early history of Ceres

Sometime in the latter half of the 18th century, some astronomers predicted the mere existence of a tiny planet between Mars and Jupiter through mathematical computations. On 1st January 1801, Giuseppe Piazzi, a Sicilian astronomer stumbled on what was then used to be appraised as a planet. It was named Ceres after the Roman deity of corn cultivation and harvests.

Although Ceres was downgraded to an asteroid years later because of its minuscule size and unworthy gravitational features, in 2006, Ceres was again promoted and it attained the ranking of a dwarf planet. It could not touch the full planetary status as it failed in clearing its surrounding debris through gravitational effects. However, it is oftentimes categorised as an asteroid as well.

Being the largest asteroid and the smallest dwarf planet, the expanse of Ceres is a paltry 590 miles. The radius of Ceres is 296 miles. The duration of a typical day in Ceres is 9 Earth-hours. The planet takes 1,682 Earth-days or 4.6 Earth-years to complete one revolution around the sun.

The marked nearness and tiny mass have prompted a few scientists to recommend Ceres as a prospective serving site for operated landings and a launch pad for the profound utilization of space missions. What is a Dwarf Planet? (Jelly / NASA / JPL-Caltech)

Ceres has the distinctive shape of an oblate spheroid unlike most of the different rocky objects existing in the asteroid belt. Ceres also has a convoluted protrusion all over its equator. Researchers profess that Ceres also has a lodged ocean and an intrinsic wafer-thin atmosphere primarily formed of water vapour.

The water vapour supposedly gets generated either by ice volcanoes or by ice in the vicinity of the sublimating surface when a conversion from solid to gaseous form takes place. The latest findings have uncovered some of the underlying facts about Ceres. However, many other secrets still lie unravelled.

All about luminous spots and lonesome mountains

A total number of 130 identical spots of wavering brilliance were found on the planet’s surface. Ceres has an inherent reflective surface that reminds of layers of fresh asphalt. The luminance of the spots varied from anything between the dull and dreary to the sparkle and shine. The most irradiant portion, called the Occator Crater, having a width of almost 56 miles, houses the most prominent and stunning assembly of beaming spots on the celestial surface. 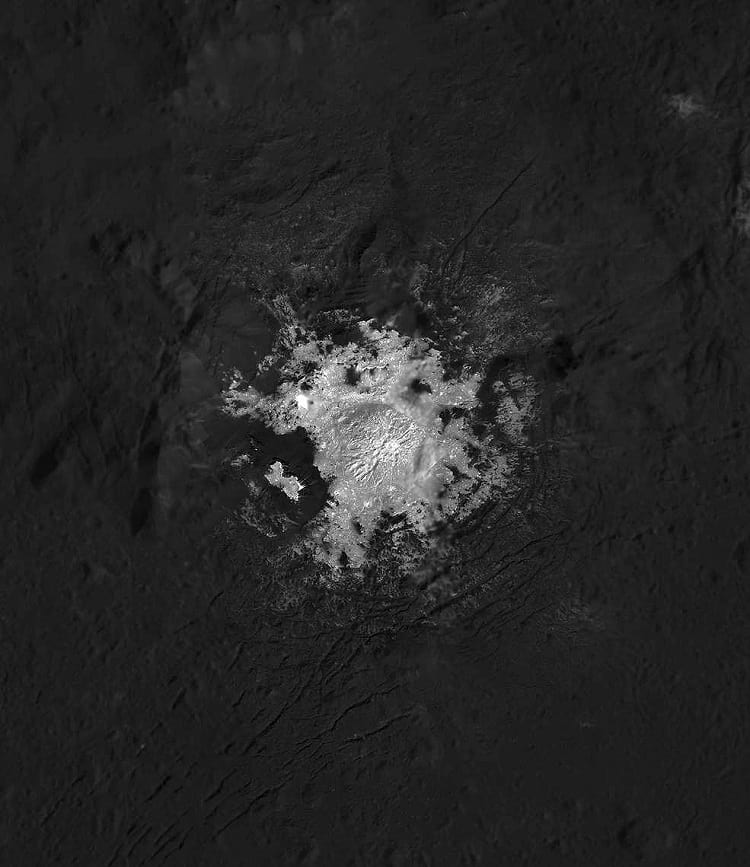 Initial conjectures centering on the spots hinted at the probability of the existence of ice volcanoes covering large-scale portions of the dwarf planet. However, Dawn’s probe unearthed a solitary and lonely mountain shooting directly upwards from the surface. The mountain takes the contour of a pyramid and has an altitude of 6,437 metres. The mountain surprisingly exhibits no sign of any volcanic or geological activity that could at least offer some clues about its origin.

Ceres is found to contain hydrated minerals carrying ammonia, carbonates, water, ice and the recently revealed organic specimens. Therefore, this fresh finding suggests that Ceres has all the indispensable components to generate and preserve life.

Enjoyed this article? Also, check out “Gliese 581g: A Habitable Exoplanet or Just Another Celestial Object Orbiting a Star?“.

Previous Article
Greenbrier Ghost: When Trial Court was Forced to Record a Testimony from a Ghost
Next Article
Jack the Baboon Once Served as a Railway Employee for 9 Years and Didn’t Commit a Single Mistake