Greenbrier Ghost: When Trial Court was Forced to Record a Testimony from a Ghost 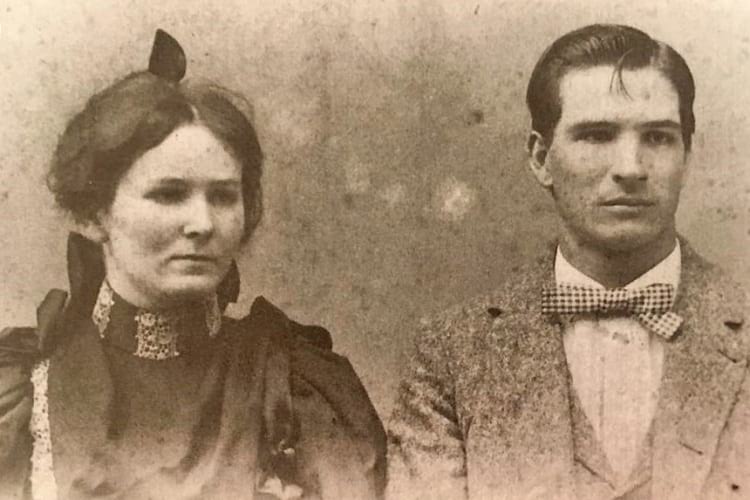 Unverified photo of Zona and her husband Trout Shue. (Unknown)

Greenbrier Crime Case is the only legal case in the world which admitted evidence purportedly coming from the ghost of a dead woman. This is the story of a housewife in Greenbrier County, West Virginia, United States, which transpired in 1897.

A woman dies in mysterious circumstances and is cremated without much ado. But days later, there was a re-evaluation on her death case. Her mother was seized of the matter, who blames foul play and reopened the case. The woman’s dead body is dug up from the grave and post-mortem is conducted.

Elva Zona Heaster, aged 22 years and an unmarried mother of a child meets a man named Edward Stribbling Trout Shue in 1896. The man had moved to Greenbrier in search of work and started working as a blacksmith. The two fell in love and got married without the approval of Zona’s mother. Her mother instinctively disliked Shue and didn’t want her daughter to marry him.

Come January 24, 1897, Zona got buried in Soule Chapel Methodist Cemetery after her dead body was discovered at home, stretched on the floor a day earlier. Her mother had immediately called for a local doctor and a coroner (an official who confirms the identity of the dead within his jurisdiction).

In the pre-funeral mourning at home, the body language of Shue defied sobriety of the occasion. Expressing high pitch grief, he didn’t allow anyone close into the face of the dead body. Giving support of a pillow and a rolled-sheet to ‘head’ he explained that arrangement would help his wife rest easy. Tearful Shue also put a scarf around her neck saying it was her favourite wear. However, when the body was moved to the cemetery, many noticed that head of the corpse wobbled as if it was free of the neck. 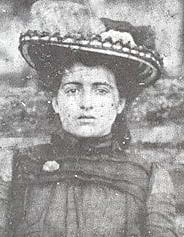 After the mourning ceremony, Mary Jane Heaster, the mother of the deceased removed the spreadsheet of the coffin and gave it to Shue who refused to keep it. So she kept the sheet to herself and noted that it smelt bad. She soaked it in water and saw that water turned red. It had blood stains which couldn’t be cleaned by washing. This convinced her that her daughter was murdered. A religious lady, she immersed herself in prayers beseeching her daughter’s spirit to manifest and reveal her side of the story. Her prayer was heard. Zona appeared in her dream and her spirit said that she was killed by her husband following an altercation at the dinner table. She turned around to enable mother to have a fulsome look at her broken neck.

Crestfallen and charged, Jane met John Alfred Preston, the legal representative, and forced him to reopen Zona’s case. Preston already had inputs pointing to foul play in the matter. He promptly contacted Dr. Knapp who had inspected Zona’s dead body. Dr. Knapp confessed that the dead body wasn’t thoroughly examined. He had arrived on the scene an hour late and by then Shue had dressed up the corpse himself. The body wore stiff collared high-neck dress, face covered with a veil. Shue wailing bitterly holding Zona’s head made medical examination difficult. Dr. Knapp did see some injury marks on the neck but the manner of grieving husband prevented a closer examination.

Following doctor’s submission, authorities dug out Zona’s body from the grave. A 3-hour autopsy on February 22, 1897 revealed the neck and windpipe broken and ligaments torn. Shue had to be present during the post-mortem. He was livid throughout and asserted that no one could prove him guilty in the court of law. On the basis of the autopsy findings, Shue was arrested and jailed at Lewisburg. Reports of his shady past poured in suggesting he was married twice before he met Zona. The first wife divorced him for being cruel and second died mysteriously within a year of marriage. Even in jail, Shue joked about his ambition to marry 7 women. He was sure of going scot-free in trial saying that the evidence against him was negligible.

The trial of the case began on June 22, 1897.  Coroner, John Alfred Preston presented Zona’s mother, Mary Jane Heaster, as a key witness. He limited himself to the observed facts of the case and avoided referring the ghost sighted by Zona’s mother.  Shue’s lawyer though pointedly questioned the lady about her interface with the ghost, hoping to find holes in her statement. Undaunted by hassling, Heaster was consistent in her submission. The judge was forced to acknowledge ghost angle to the case as it was pushed by the defence lawyer. Finally, Shue was held guilty of murder and sentenced to life imprisonment. A lynch mob tried dragging Shue out of jail and kill him, but was dispersed by timely intervention.

Shue was shifted to West Virginia State Penitentiary in Moundsville. He remained incarcerated for 3 years and died in an unknown epidemic on 13th March 1900. Historical marker erected by the state of West Virginia near Zona’s grave says: “the only known case in which testimony from a ghost helped convict a murderer.”

Previous Article
Tana Toraja in Indonesia: The Celebratory Funeral Ceremonies and the Tree of Baby Graves
Next Article
What are Minor Planets and Dwarf Planets?