What Would Happen if Solar Storm of 1859 Occurred Today? 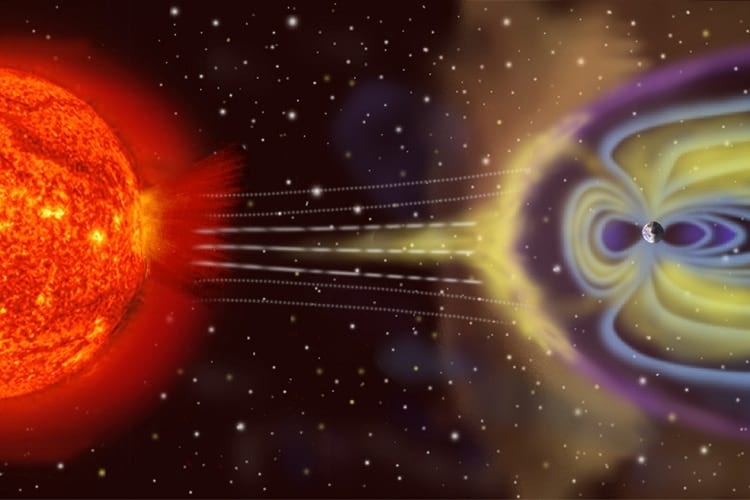 Sun, the furiously spinning fireball in cosmos is central to the survival of planet earth. It is made up of plasma, the fourth state of matter, formed when atoms get broken down to protons and electrons. These charged particles make plasma an extremely good conductor of electricity and sun, on the whole, a warehouse of electromagnetic radiations. Corona, the least dense and outermost layer of Sun has a temperature of 500,000°C. Imagine this hot ring spinning off (coronal mass ejection or solar flare or solar storm) and hitting a part of planet earth. This happened on September 1, 1859; on May 23, 1967 and can happen again any time in future.

Foreshadow of 1859 electromagnetic whiplash (sun strike) was caught by English Astronomer Richard Carrington on his telescopes on September 1, morning time. He saw 2 bright white blobs emerge from sunspots and disappear in 5 minutes. By night time the impending calamity manifested physically with a strange play of bright lights, of various colours, sequencing one after the other in the sky. This blaze of light was beguiling, weird and frightening.

That night, telegraphic communications went bust. Sparks flew from operating machines, burning paper loads. Sky illuminated so brightly, it looked like sunrise. Many started their morning chores thinking it was dawn. Others thought the world was coming to an end. Birds started chirping as they do when the day begins. It was on-earth manifestation of billions of tons of electromagnetic particles hitting earth, foreshadow of which Richard Carrington had seen through his telescope in his private observatory near London. It was a solar storm, backed by the power of 10 billion atomic bombs; electrified gas and subatomic particles bombarding earth. Aptly named ‘Carrington Event’, this is the largest such event recorded in the history of astronomy. Information systems of those days may be archaic compared to today’s internet era, nonetheless, damage caused to them was sanguine, significant and shocking.

Trailing the above ‘Carrington Event (CE)’ were the 2 solar storms hitting America on the night of 28th August. Recalling event, E.W.Culgan, telegraph manager in Pittsburgh said that current in wires was so high that it could melt platinum joints in the communication system. Ground circuits spewed fire relentlessly. In Washington, a telegraph operator singed his forehead from sparks flying off the cable. 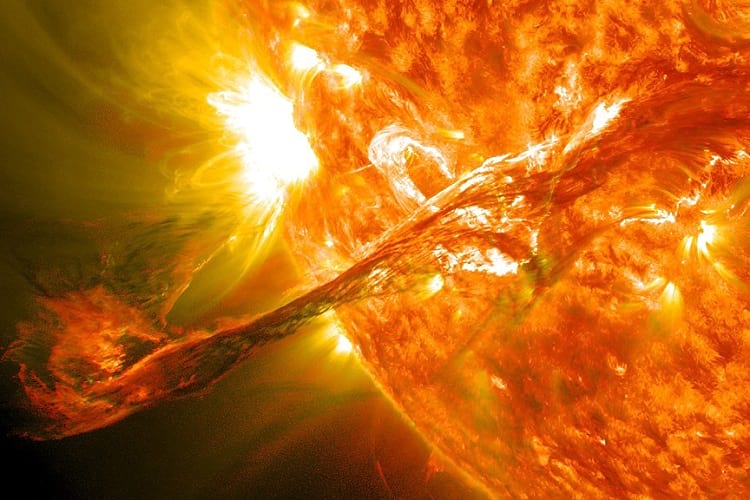 CE continued well into 2nd September 1857. At 8 AM employees of American Telegraph Company found it hard to send or receive messages. On the flip side, some messages (to Portland, Maine) could be transmitted intermittently even as circuit batteries were turned off, all thanks to currents produced when charged particles from sun interacted with particulate matter in earth. It wasn’t before 10 AM that disturbances subsided and the batteries were again switched on.

People in France to Australia saw flashes of crimson red, bright enough to turn night into daytime. Many thought that blazing fire somewhere near had caused it. Northern lights (Aurora Borealis-green electric flashes that generally seen in the northern hemisphere) showed an unusual shift to the equator and became visible in Cuba and Jamaica. In Abbeville, South Carolina, construction workers got up from the bed and began working thinking it was sunrise, but went back to sleep realizing light in night time was freak of nature. In Bealeton, Virginia, birds chirped and fluttered at 1 AM. People across America came out on street to watch the brightly lit sky. In Boston, people were seen reading newspaper in the burst of unusual light.

What if such an event was to occur today?

Investigations have revealed that Carrington Event was twice the magnitude of any other solar storm happening in the past 500 years. If such an event happens now in today’s internet age, consequences are bound to be several times more devastating. In fact, it would be a complete disruption of communication systems and services leading to a long-lasting disorder and chaos worldwide. GPS systems, Satellite Communications and power grids would be smothered by waves of plasma waves surging from sun surface.

In terms of money total loss world over maybe to the tune of 2 trillion. Quebec blackout of March 13 1989, makes a good case study for such possibility in future. Even though only one third as strong as CE of 1859, it smashed a power grid of 6 million consumers in just 2 minutes. Storm as powerful as CE can destroy an entire lot of transformers in power company godowns. This would mean a death knell for most civic and telecommunication facilities till new transformers manufactured and pushed into service.

As for solar storm of 1967, it almost became a flashpoint of nuclear war between America and Russia. On May 23, 1967, US military’s Ballistic Missile Early Warning System (BMEWS), meant to detect incoming Soviet missiles, was disrupted by a solar storm. Those were the days of cold war between these 2 super powers and US aircrafts routinely carried out sorties with aircrafts loaded with nuclear weapons.

Glitch in the system, caused by Coronal Mass Ejection was tentatively viewed as wanton sabotage by Russia Forces. By implication, it was an act of war and prompted American air force to deploy more of nuclear weapon aircrafts in ‘ready to strike’ mode.

Thankfully, North American Aerospace Defence Command (NORAD) detected the problem timely and informed all concerned that the BMEWS disruption caused was caused by solar storm, and not the Russian forces. But for this information conveyed to Air Force Commanders in the nick of time, US nuclear aircrafts would have taken off for hit and it would have been very difficult to communicate with them mid-air because of solar flare.

A counter from Russia would have inevitably followed throwing the world into nuclear war with wide-ranging tragic consequences. This geomagnetic storm began 40 hours after solar bursts and played havoc with U.S. radio communications for one entire week. Rated top-notch geomagnetic disturbance in record books, it is still no match to CE 1859 that failed telegraph communication in entire North America and Europe and stretched the reach of Northern Lights right up to the Caribbean.

Enjoyed this article? Also, check out “Pale Blue Dot: The Iconic Photograph Showing How Microscopic But Brilliant Earth Is“.