Space Debris: The Growing Hazard of Man-Made Debris in Space 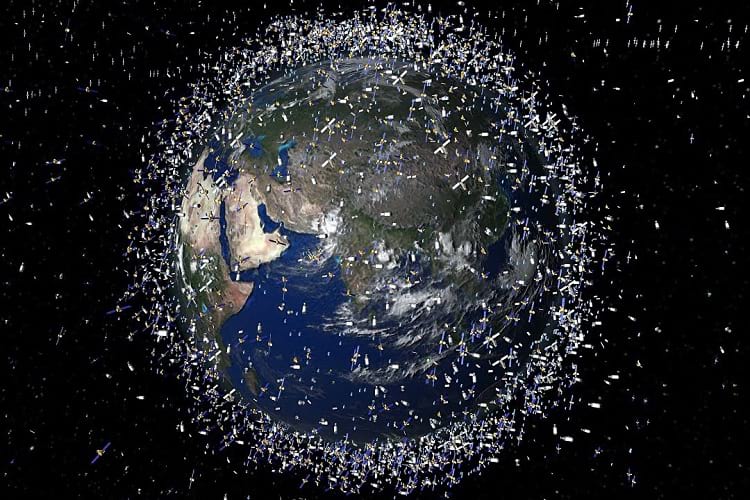 Space debris is debris that occurs 250 to 36,000 km above the Earth’s surface and which orbits around the Earth. It is also known as space trash, space or orbital debris, space junk, or space litter. There are two types of space garbage: natural and artificial. Natural space garbage is the dust and fragments left by meteorites, asteroids, and comets. Artificial space garbage is pieces of man-made objects. Usually, when we talk about space garbage, it is in reference to artificial garbage. There is apparently 7,500-ton of it in space.

Most of the space garbage floating in space consists of non-functional satellites, sent rocket stages, fragments from the disintegration and collisions of satellites and rockets, and other mission-related debris. Since 1957, many countries have launched more than 8,000 satellites, and, of these, only about 1,900 are still operational.

The satellite management ground control can slow some of the discarded satellites in lower orbits. After slowing, these satellites fall out of orbit into the earth’s atmosphere and burn up. Some satellites may remain in orbit for decades while others may disintegrate into fragments after exploding due to leakage of the remaining fuel. Another cause of satellite breakage is the collision of the satellite with other satellites and with rockets. Meteorite strikes can also destroy satellites. The extreme ultraviolet radiation and the impact of microparticles in space erode the surfaces of space objects, creating minuscule fragments of debris. There is debris such as metal particles from solid rocket-motor firings, droplets of reactor coolant liquid from ejected reactor cores from decommissioned satellites, and thin copper wires from radio communication experiments and anti-satellite weapon testing. Space debris also consists of tools and stuff that astronauts lost while doing repair work on the International Space Station.

The space debris varies in size from micrometre-sized particles to fragments weighing tons. Various government agencies have space surveillance programs that track over 22,000 objects of varying sizes from 5 centimetres in diameter in low Earth orbit to about 1 meter in geosynchronous orbit. However, there are too many, possibly millions of pieces, and it is not feasible to track all of these.

Travelling at high speeds of over 17,000 miles per hour, even small pieces of debris can be catastrophic to satellites, spacecraft and space station.

To avoid colliding with the debris floating about in space, most satellites and space shuttles must carry out collision avoidance manoeuvres. These are expensive both in terms of fuel usage and time requirement, and constant manoeuvring reduces the lifetime of the spacecraft. Also, the spacecraft can manoeuvre and avoid only the debris that is being tracked. It is not possible to track and avoid the rest of the space debris, given that it exists in such large amounts. The viable option is to avoid mid-sized to large debris that can potentially damage and destroy the spacecraft.

Since many countries are launching satellites and space vehicles at a rapid rate, the chances of space collisions are increasing. The debris created by these collisions will cause further collisions. If this continues, the Earth’s orbit may become littered with fragments and as a result may very soon become impassable. To prevent such a scenario, it is essential that countries with space programs create international regulations aimed at limiting space debris.

At present, various government space centres, universities, aerospace companies, and other groups are carrying out research to find workable ways of handling the space debris problem. They compile detailed data on the size, shape, and location of the debris. In addition, they gather information on reducing the creation of more debris and on removing as much of the existing debris as is possible.

To protect spacecraft from the unavoidable bombardment of small high-velocity particles, the outer surfaces of spacecraft are covered with meteor bumpers called Whipple shields. These shields are made of aluminium, woven ceramic fibres, or multi-layer flexible fabric. When the striking particles collide with the spacecraft, the Whipple shields vaporize the particles into plasma. While the plasma may quickly spread over the spacecraft surface, it is too diffused to cause any real harm to the spacecraft.

It is possible to prevent the random explosions from discarded upper stage rockets by slowly depleting the unused fuel. The prevention of these explosions reduces the creation of more fragments. However, all rockets do not have the fuel depletion technology built-in.

Reducing the creation of space debris

A space debris removal technique under consideration by the UK-based Surrey Satellite Technology and Airbus is deploying a satellite with nets or harpoons to catch the debris. The deployed satellite, known as RemoveDEBRIS, will drag the snagged debris low enough so that it can burn up harmlessly in the earth’s atmosphere. The European Commission and 10 countries are jointly funding this program for an estimated cost of $18.5 million. If the program works, the next step is launching the $400 million e.deborbit mission in 2024 to get rid of the Envisat spacecraft. 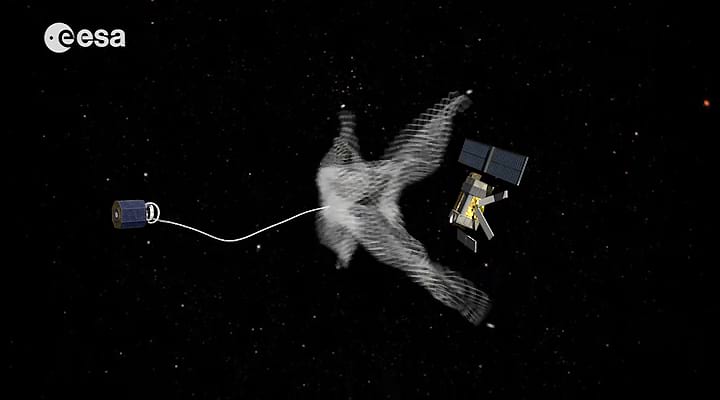 Researchers are in the process of developing a technique which will allow a spacecraft to collect debris into its flexible plastic body and then ferry the collected debris back to earth.

With these techniques, it will be possible to eliminate the large sized debris in low-Earth orbit. Removing the smaller bits in entirety, however, is likely to be technologically very challenging and, perhaps, even impossible. 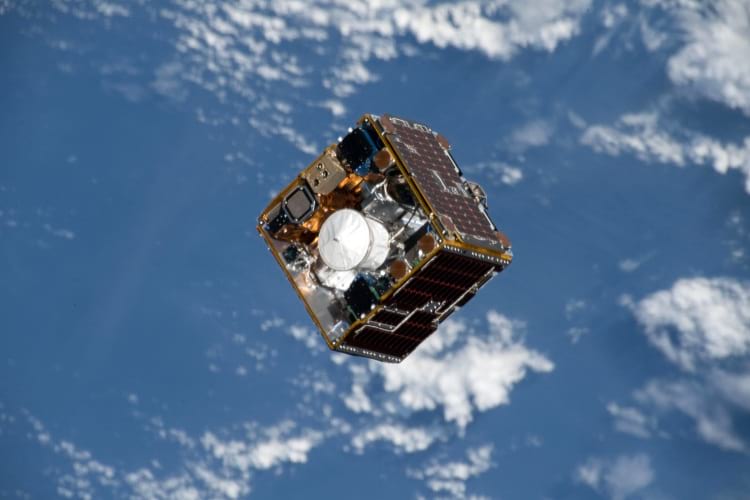 A RemoveDEBRIS satellite by NanoRacks after being deployed. (NASA Image: ISS056E025423)

It will not be possible to eliminate the space garbage problem entirely, but mitigating it to a large extent could be done. Removing a large amount of hazardous waste would make it safer to launch and maintain satellites and would also make space travel safer than it is at present.

Previous Article
Wave Rock: Where a Massive Prehistoric Wave, Just About to Break, is Etched Permanently in Stone
Next Article
Ugly Law: When the US Banned Unsightly Individuals from Coming Out in Public