Unit 731: Gruesome Human-Experimentation To Test Biological And Chemical Warfare In Japan During WWII 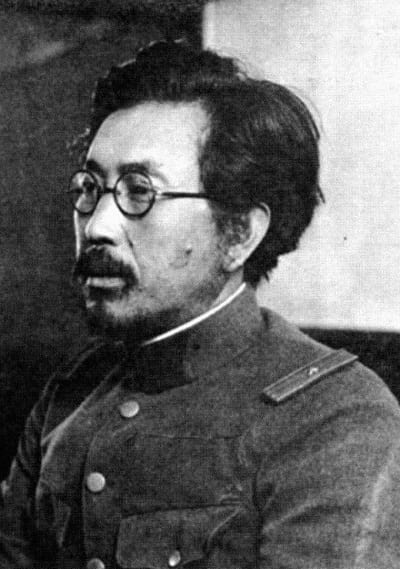 Unit 731 started out as a research unit that investigated the effects of disease and injury based on the army’s fighting ability. Unit 731 was a covert biological and chemical warfare research undertaken by the Japanese Imperial Army. Their mode of research was human experimentation. The incident took place during the second Sino-Japanese war during the Second World War. The aftermath was the birthing of some of the most notorious war crimes in Japan. The Unit was commanded by General Shirō Ishii, a combat medic officer in the Kwantung Army.

It wasn’t until 1984 that Japan finally acknowledged Unit 731 as a real, existing incident in their history. They released a list of survivors but they have tried to keep the episode under wraps as much as possible. There were several means of experimentations including vivisection, germ warfare attacks, frostbite testing and much more. These ‘lab rats’ were referred to as “maruta” which means wooden logs- apparently in an attempt to ease their conscience.

Yoshimura Hisato was a physiologist who was assigned to Unit 731. He harboured a special interest in hypothermia whose fruition was seen in the experiments that he carried out. As part of the research, Hisato routinely submerged prisoner’s limbs into tubs of ice for long periods of time until their limbs had completely frozen over. It is said that the arms and legs sounded like a plank of wood when struck by a cane. Immediately after this, Hisato tried on different methods of rapid rewarming. He dipped the limbs in tubs of hot water for a very long time or held it very near to open fire. He even left the patients out overnight to see if the blood would thaw out naturally.

Vivisection involves the practice of mutilating bodies without anaesthesia in order to study the operating living system. Thousands of men, women and children- especially Chinese prisoners- were infected with diseases such as the plague and cholera. They were then operated on and had their organs removed to be studied later. These experiments initially began with volunteers from the army itself but as consent flew out the window, the prisoners began to be used instead.

A medical assistant in China during this time narrated one such incident. He revealed:

“I cut him open from the chest to the stomach, and he screamed terribly, and his face was all twisted in agony. He made this unimaginable sound, he was screaming so horribly. But then finally he stopped. This was all in a day’s work for the surgeons, but it really left an impression on me because it was my first time”.

He explained how this practice came to be, and the Chinese were deliberately infected with plague to make plague bombs. Anaesthesia was not used since the chemicals might prevent reactions and hamper the ‘study’.

Weapon testing: To kill or not to kill

Prisoners were used to test out the skill and power of the weapons that were possessed by the Japanese. They were herded together in a firing range and were fired with ammunition such as the Nambu 8mm pistol, bolt-action rifles, machine guns, and grenades. Wound patterns were then compared. Bayonets, swords and knives were also used in this way along with gas chambers especially nerve gas and blister agents. Heavy objects were dropped on the prisoners to test crushing intensity. They were also locked up without food and water with permits to only drink sea water. Different fusions of blood were given to them to see the process of clotting. 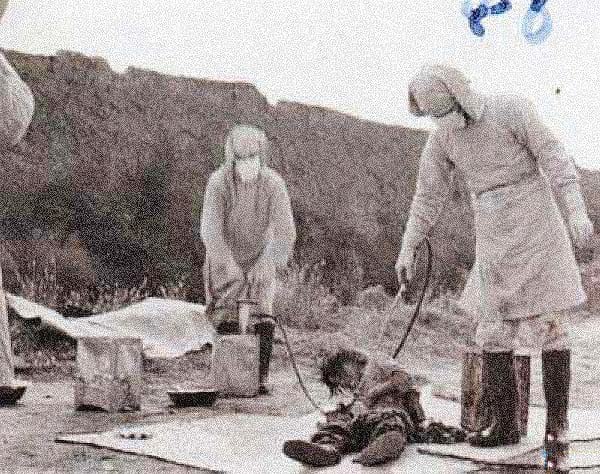 There were innumerable other methods of torture apart from the ones already mentioned. Women were raped and forcefully impregnated, especially the ones who were infected with diseases. Their foetuses were cut open to study the effects. Unit 731 had about eight separate divisions that operated on different categories. They ran their lab at a medical school and research facility in Tokyo but their base was in the Harbin district. A similar establishment as this was the Unit 8604 running in Guangzhou.

Victims: Is surviving a gift or a curse?

It is believed that a majority of the victims were Chinese, Korean and Soviet. There is, however, speculation about some of them being of American, European, Indian or Australian origins as well. These foreign test subjects were mainly political dissidents, communist sympathizers, ordinary criminals, impoverished civilians, or mentally handicapped.

The operations ran until the end of the war. General Ishii wanted to make use of the Unit even during the Pacific War. With the arrival of the Red Army and the occupation of the US, members of Unit 731 deserted their facility. They were surprisingly given war crime immunity by the Americans in return for information on experiments conducted. Not much information is available about this official Unit because the Japanese government never fully acknowledged it. Trickles of information have surfaced from willing former members, eventually accumulating into the sizeable chunk information we now possess about the Unit’s infamous practices.

It is baffling how incidents such are these are brushed under the carpet so easily. While Nazi human experimentation and other similar incidents have come to the forefront, innumerable others still remain in the shadows. The apparent progress of our species has in fact been leading to a humanitarian degeneration. As Edmund Blunden says, gruesome war crimes such as Unit 731 was ‘murder, not only to the troops, but to their singing faiths and hopes.’

Also, check out “1937’s Rape of Nanking is One of the Most Brutal and Forgotten Genocides of 20th Century“.

Previous Article
McMurdo Station: The Largest Research Centre in the Antarctic
Next Article
Adalaj Stepwell: A 500-Year-Old Architectural Masterpiece With a Tragic Tale of Unrequited Love, Sacrifice And Loss