Japanese Kamikaze Pilots: Transcending Life and Death for their Country 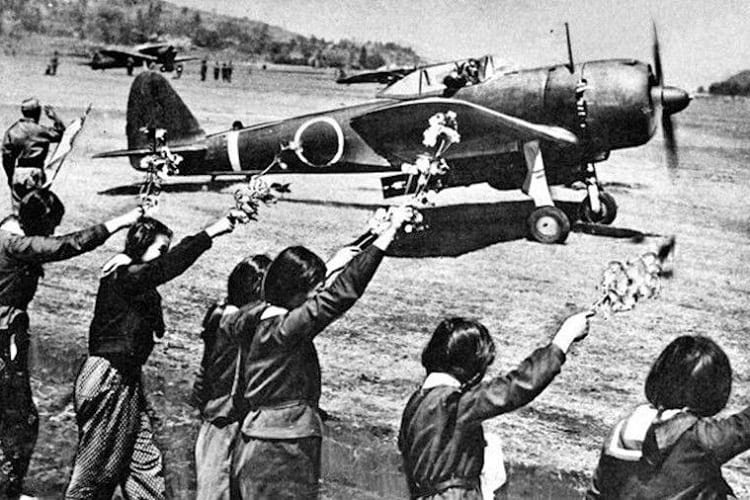 Kamikaze is a Japanese word that loosely translates to ‘divine wind‘ or ‘spirit wind’. The word was used to describe two storms that saved Japan twice from invading Mongol fleets under the fifth Khagan of the Mongol Empire, Kublai Khan. The Mongols invaded Japan twice, in 1274 and 1281, but both the times a typhoon drowned their ships and resulted in deaths of several soldiers. The Mongols never tried to invade Japan again.

Much later during World War II, the word, ‘Kamikaze’ was used to describe pilots of the Japanese Special Attack Units who executed suicide attacks on the Allied Powers. Kamikaze attacks were aircraft loaded with the arsenal to strike American ships.

After Japan lost the Battle of Saipan in July 1944, it was decided drastic measures were to be implemented to defeat the Allied Powers. Vice Admiral Takashiro Ohnishi, the commander of the Japanese First Air Fleet, observed that a plane crashing into a warship would inflict more damage than several planes firing at it. This was then used as a combat tactic to mete out maximum harm to the Allies.

It is also considered that the idea for this attack came from First Lieutenant Fusata Iida’s suicidal plane attack on the Naval Air Station Kaneohe Bay on December 7, 1941. 9 minutes before the Japanese attacked Pearl Harbour in Hawaii, Iida’s plane was hit and he went down with the plane by crashing it into the US Naval Air Station causing severe damage.

The first suicide mission was on October 25, 1944, in the Battle of Leyte. 5 Zero aircrafts flown by the Kamikaze Special Attack Force pilots were escorted by Japanese pilot Hiroyoshi Nishizawa to the aircraft carrier USS St. Lo. It was the first major warship to suffer the wrath of a Kamikaze attack. Enormous fires broke out on the warship as a result, which further led to a massive explosion in the bomb storage of the ship. The damage was done, and the warship sank within an hour.

USS Essex suffered extensive damage on November 25, 1944, from a Kamikaze crash when it landed among planes ready for takeoff aboard the ship. Apparently, 15 Americans were killed and 44 wounded.

On March 19, 1945, USS Franklin was within 80 km of the Japanese mainland, when a little before dawn, a Japanese aircraft dropped two 250 kg semi-armour-piercing bombs on it. It is unclear whether or not it was a Kamikaze attack. The bombs ignited fires all over the warship, causing the heaviest loss of personnel by any carrier. 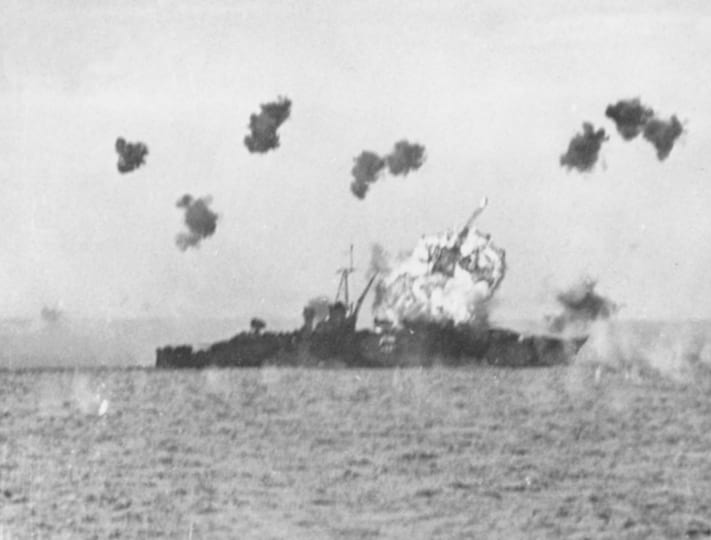 A pilot and an Imperial Japanese Navy Admiral, Masafumi Arima is said to have invented the Kamikaze approach. It is said that before attacking a US warship, he took off his rank, badge and other symbols, and told his men that he was not coming back. Though there was no account of damage incurred by any American carriers that day, Arima was never seen again and presumed dead. He was given the rank of Vice Admiral posthumously.

April 6, 1945, is marked as the most historic day of Kamikaze attacks in WWII when more than 350 Kamikaze aircrafts laid the assault on the Allies simultaneously. USS Laffey was attacked by 20 Kamikaze aircraft, all at the same time.

In spite of the relentless efforts and sacrifice of the Japanese Kamikaze pilots, their success rate was estimated to be only 14% to 19%. Even with a low success rate, they were able to inflict substantial damage to the Allied Powers. The fury they unleashed, not only gave them a place in history as Japan’s most dangerous weapons in WWII but also enabled them to successfully sink 47 warships, damage 386 warships, kill approximately 4900 soldiers and injure 4800 others.

There are also stories of those who did not volunteer but were projected as volunteers by their commanding officers. The Kamikaze Pilots were told that their destiny was to save Japan from the enemy just like the Kamikaze typhoons had done centuries ago.

Young students were recruited for this suicide mission, some only 17 years of age. The Pilots underwent 40-50 hours of training, after which they were accompanied by experienced pilots to their targets. A Kamikaze Pilot had to take a 5 Point Oath as soon as he joined a Special Attack Unit:

One of the rituals of a Kamikaze Pilot was to write a letter to his parents which would be sent to them soon after the completion of his mission. One such letter still exists today, written by young Ensign Kiyoshi Ogawa to his parents. Ogawa happened to be piloting the second aircraft that hit USS Bunker Hill causing enough damage for the warship to be out of action for the remaining duration of the war.

The next ritual was wearing the One Thousand Stitch Belt known as Senninbari Haramaki. This belt was made by Japanese women standing in public places, asking a thousand women passing by to place a stitch each on the belt. It was a good luck charm for the Kamikaze Pilots. The final ritual was the consumption of a holy potion which would guide the pilot to his destiny. Finally, the pilot would board his aircraft amidst bombs and take off on a flight of providence.

A Kamikaze Pilot’s ride was the Mitsubishi A6M2 designated the official name ‘Zero‘. Almost 30 feet in length with a wingspan of 39 feet, it could fly at a maximum speed of 332 mph.  The Zero became a coffin for Kamikaze Pilots, aptly named as they reduced to nothing in their mission to save their country.

Recommended Read:
The Kamikaze Hunters: The Men Who Fought for the Pacific, 1945

Previous Article
Victor of Aveyron – The Feral Boy from France
Next Article
The Great Molasses Flood: A Sticky Disaster