Seppuku: The Japanese Suicide Ritual, Where Death is Better Than Disgrace Staged photo of Seppuku ritual being performed. (Rev. R. B. Peery / The Gist of Japan)

Taking one’s own life or attempting suicide is a criminal offence in many countries; but in the 12th century feudal Japan, in a highly ritualized ceremony, noble military warriors or samurais, as they are known, gave up their lives to protect their honour.

The samurais of Japan are known widely for their agility and their blade-wielding prowess and that is how they committed Seppuku, colloquially known as Hara-kiri – a deadly suicide ritual, which was practised in Japan during the 12th and 18th centuries before it was abolished.

The word Seppuku means cutting of the abdomen, which is borrowed from a mix of Chinese and Japanese terms – setsu and fuku. It was a traditional ritual where a samurai committed suicide by disembowelment.

Back in time, when a noble military man lost in war, he committed Seppuku to avoid the shame that came with the loss and also the torturous execution that could follow, lest he was captured by the enemy.

Honour and loyalty were above all else to Japanese warriors and for the atonement of his defeat, a samurai resorted to the suicide ritual. A warrior committing an act of Seppuku was considered highly honourable, even by warriors in the enemy camp.

The ritual of Seppuku

The fatal practice was carried out in great detail. On the day of the ritual, a samurai was bathed, dressed in spotless, white clothes to prepare for the ritual, before being given a last meal, consisting of his favourite delicacies. A small wooden stool was provided to him, which had a cup of ceremonial drink, some handmade sheaves of paper and writing equipment.

The warrior had to write a poem about death while a kaishakunin, or the assistant (or the wingman in general), prepared his blade to decapitate the samurai, as he embraced death slowly by disembowelling himself. The warrior would then take a sip of the drink and with the help of his sharp tanto (knife), cut his abdomen from left to right, while sitting on his heels with his knees bent. The kaishakunin would then sever the head of the samurai with a single blow of his sword, which would lead the samurai to bleed to death eventually.

It is sometimes said that Seppuku is actually carried out by the kaishakunin, but there have been no facts to corroborate the speculations. 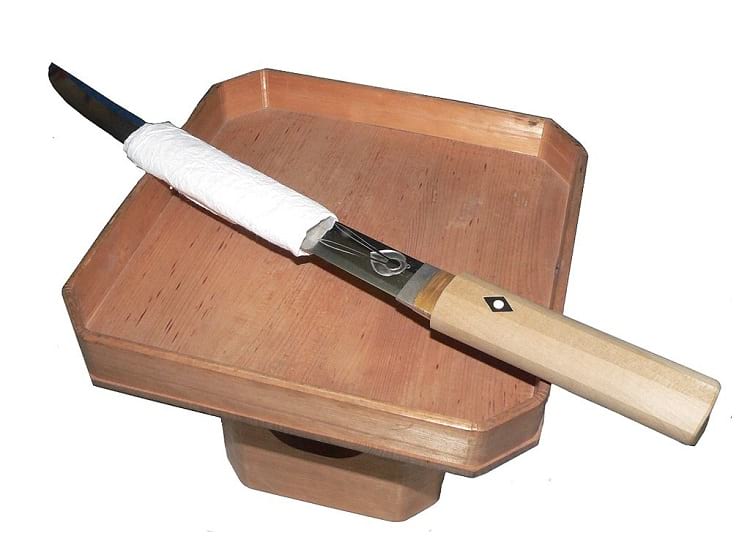 As per traditions, Seppuku was also carried out by wives of samurais, who brought disgrace to their kingdom. The women did not employ a kaishakunin; but they would rather tie their knees together and cut off their carotid arteries in a single stroke of a blade, which aided in a quick death and also helped them die way before the enemies came to capture them.

Saigo Takamori is considered to be one of the greatest warriors in Japanese history and also the last samurai to have ever lived. In 1868, when political revolution dawned upon Japan post the Boshin War, Emperor Meiji took over the reins of the country and Saigo Takamori, despite being a samurai, became his key advisor.

After leading his nation to glory over the years, he settled as a military teacher, training future samurais, until the Battle of Shiroyama required him to fight for his country. With very little left to conquer in the war, Saigo Takamori was injured and that same day, he committed Seppuku, arguably the last true samurai to do so. 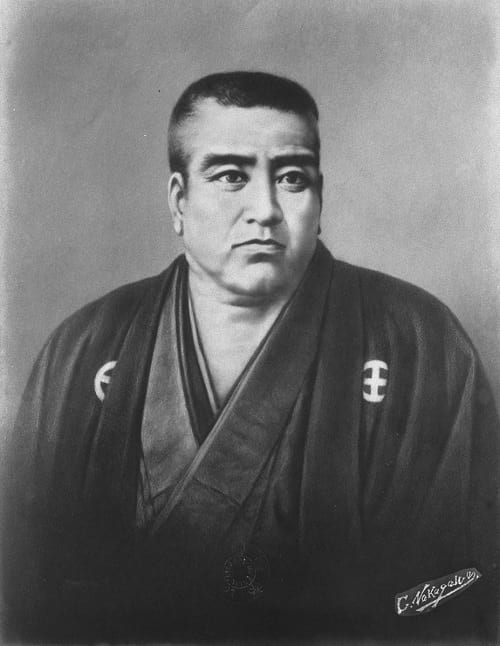 The term Seppuku is also greatly associated with the “Ako Incident” or the suicide of 47 leaderless samurais, the stories of which have become a stuff of legends in Japan. In 1703, a feudal lord named Asano Naganori went to the castle on business. There was a heated argument between Naganori and a senior court official named Kira Yoshinaka over a trivial matter, which led the former to wound the latter in the palace – an act that was considered punishable.

Naganori committed Seppuku and in turn, he had to surrender his lands and at the same time was also deprived of his family. His loyal warriors became ronin or leaderless samurais. To avenge the death of their master and bring back their lost honour, forty-seven of them confronted Yoshinaka, who refused to commit Seppuku. And so, they decapitated him and then committed the ritualistic Seppuku, thus getting immortalized as the 47 ronin.

Although the customary act of Seppuku is completely done away with after feudal system died in Japan, one might still come across curious little incidents of Seppuku, where once in 1970, writer Yukio Mishima, known for his violent novels, performed Seppuku; while in 2001, national Judo gold medalist Isao Inokuma committed the ritualistic suicide after his company ran into major financial losses.

Previous Article
Zinnia, The Prodigal Flower of Bonhomie Between Life in Space and Life on Earth
Next Article
The Curse Of The ‘Crying Boy Painting’ That Haunted People During the 80s and Killed Many