Roopkund Lake: What are Hundreds of Bones Doing Around a Lake in Uttarakhand? 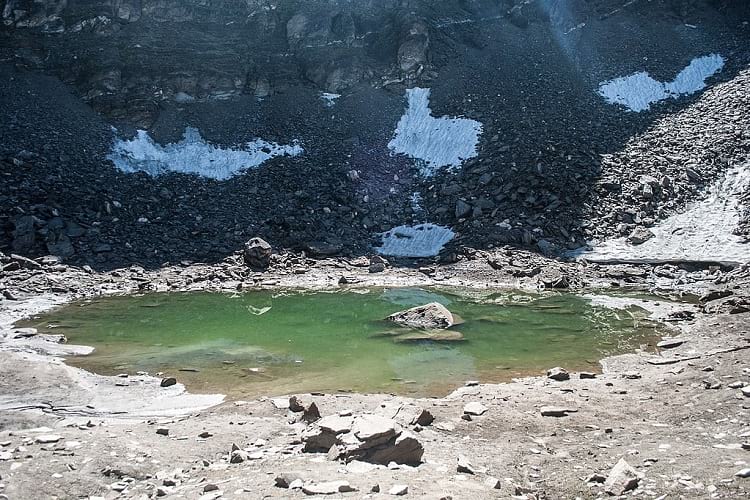 Roopkund is a glacial lake situated in the Himalayan range in the state of Uttarakhand, India. Also known as the Skeleton Lake, this beautiful Himalayan Lake is very shallow, with a substantial depth of approximately two meters. Owing to its mysterious nature, it is a popular location for trekkers and adventurous tourists.

A ranger belonging to Nanda Devi National Park discovered this lake filled with human remains, in 1942. Whenever the ice melts in this region, bones from hundreds of skeletons become visible on its bed. It is estimated that skeletons of 300 different people have been recuperated from this lake along with objects such as jewellery, wood, and some iron artefacts. A few of the skeletons had flesh still fixed to the bones mainly due to the cold and harsh conditions of the area.

Where did the skeletons in Roopkund come from?

The tales of the Skeleton lake were famous among the locals prior to its discovery. When the ranger’s discovery captured the attention of those who were interested, it raised a lot of unanswered questions. The British Empire speculated that the bodies were of Japanese soldiers, who had been trekking across India during the Second World War.

An investigating squad that was sent to the place at the time of discovery ruled out this possibility based on the fact that the remnants were too ancient to be from the war. Later, a radioactive carbon dating procedure revealed that these bodies were in fact from the mid-ninth century, around 850 AD. 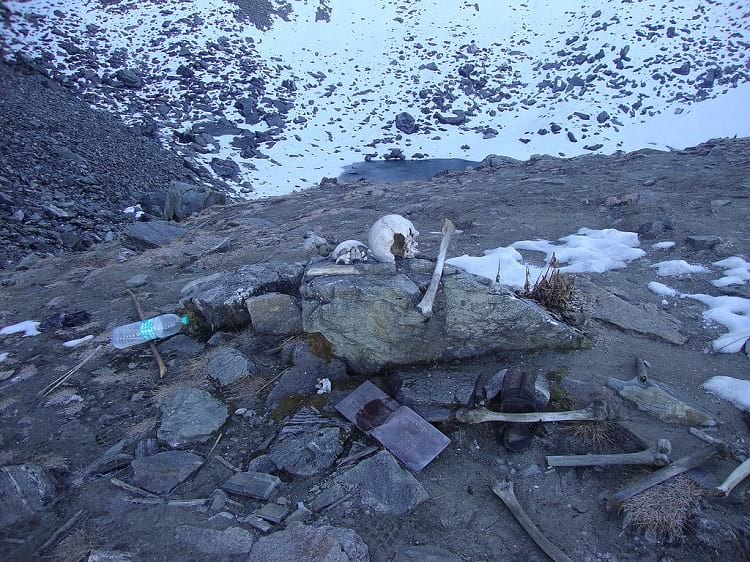 The mystery surrounding their death was theorized in 2013 by a few scientists. They speculated that the bodies belonged to two groups, one group was a closely related group, like a family, and the other consisted of unlike people. There was a significant difference in the heights of the bodies of the first group that was estimated to be a family, being much longer than the other group leading to a theory that the shorter group consisted of local people.

A DNA analysis showed that the taller group had origins from Iran and the shorter group, indeed, had local ancestry. This finding suggested that the family were likely to be pilgrims going through the area with the help of local guides when something unfortunate happened to them. The cause of their death had many speculative answers, like a landslide or a mass suicide.

However, a local legend provided details of the remains.  According to him, the entourage of King of Kanauj, Raja Jasdhaval and his wife Rani Balampa who was pregnant at that time had set off to Nanda Devi Shrine to attend a festival that is celebrated after every twelve years. As they were on the move, the group was confronted by a strong hail storm. As there was nowhere to seek shelter in the open grounds, the whole group succumbed near the lake. 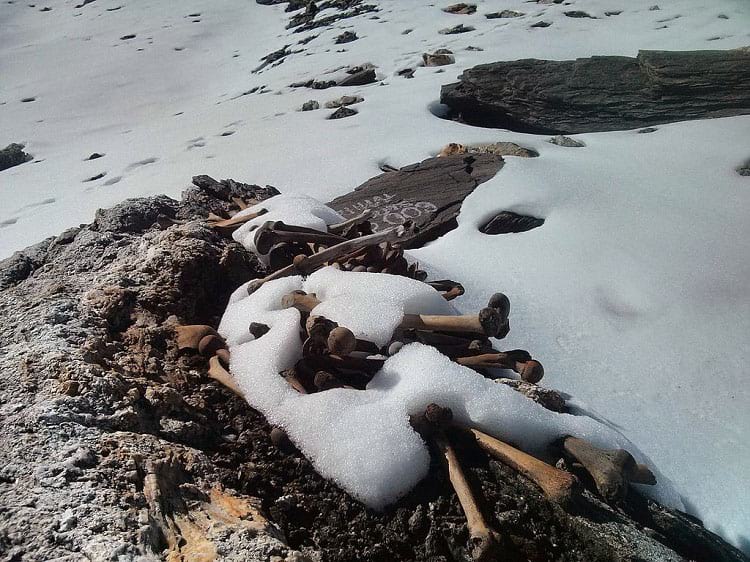 During summer when the ice begins to melts, bones belonging to hundreds of people become visible on its bed. (Ashokyadav739 / Wikimedia Commons)

Scientific analysis of the bones confirmed the legend’s explanation. The tests revealed that their heads and shoulders were struck with something blunt equal to the size of a cricket ball which cracked their skulls. Hence, it has been deduced that an unexpected hail storm in the area was the cause of their deaths. Their bodies remained frozen in the lake, at an altitude of 16,000 ft, for more than 1200 years until their discovery during the Second World War. 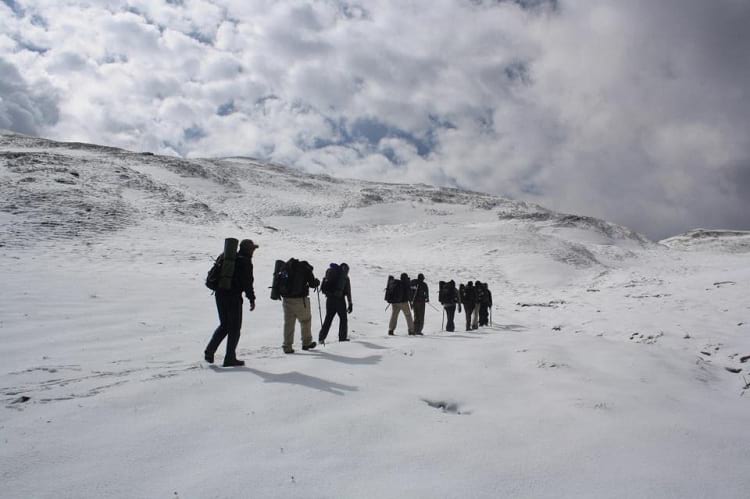 Roopkund lake can be reached after trekking through Bedni Bugyal. (Djds4rce / Wikipedia Commons)

The movement of tourists near the lake has proven to be disruptive to the environment surrounding the lake and the skeletons in them. The Indian Government has taken measures to preserve and protect this area. However, at times, the tourists tend to swipe a bone as a macabre souvenir that has been proven to be a loss this historic site. In order to preserve the bones, 3D scans of the bones are being done to digitally document them.

Enjoyed this article? Also, check out “The Unsolved Mystery Behind the Devil’s Tramping Ground in North Carolina“.

Previous Article
Under ‘Under’, an Underwater Restaurant in Lindesnes, Norway
Next Article
Angel Oak: The Magnificent Giant Live Oak of Charleston