Japan’s Declining Population: A Wonderful Country with a Problematic Future 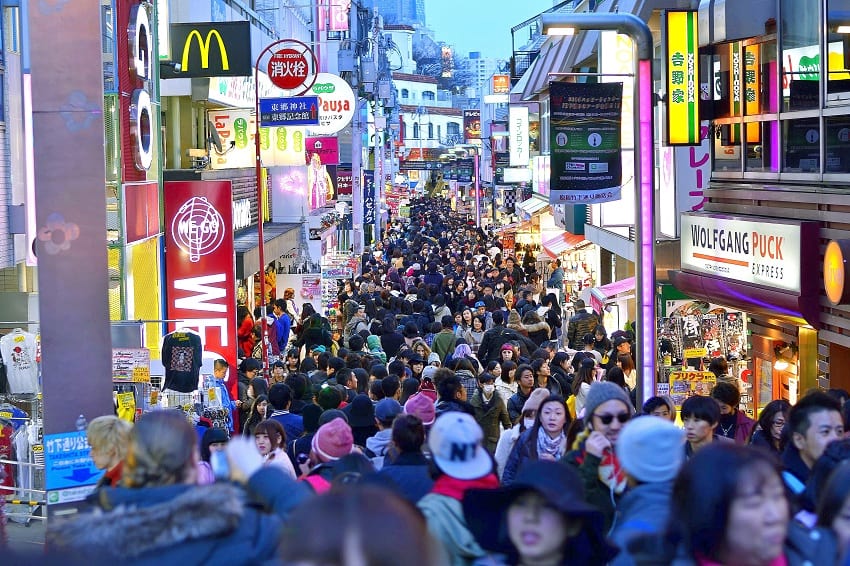 Japan is a simply wonderful country. Although being there for only a short time there is no doubt in my mind that this opinion would be echoed by anyone who visits any of Japan’s 6,852 islands. It is a sprawling mountainous state, with rich traditions that integrate with everyday life, respected by a population who pride themselves on courtesy and service, functioning in a uniquely efficient manner. There is unmatched religious harmony from the integration of Shintoism and Buddhism, the third-lowest crime rate in the world as well as spotlessly clean streets (mostly kept that way by the public).

Alas, do people residing in Japan feel the same sentiments about their homeland? And is life there as spotless to locals as it appears to an outsider? Will tourists who visit in another five or ten years have the same experience as today? Does something darker lie beneath the surface of the Land of the Rising Sun, and all that glitters is not gold.

We are talking about a nation many times isolated from the world in regards to foreign policy. In literal terms also, isolated, due to its geographical location. One who has switched between various socio-political and geo-economical standpoints in relatively recent years – sometimes willingly, other times, forced. From isolationism to modernism and now to consumerism, Japan boasts the 3rd largest GDP (Gross Domestic Product) in the world. This began after World War II when a population boom was encouraged for economic and military development. 8 million babies were born between the years of 1947-49 alone. An economic upsurge developed during the Korean War (1950-53) when Japan was used by competing nations for resources. Industrialisation flourished which brought millions of jobs yet not enough bodies to fill the void,resulting in the government promoting family planning and legalising abortions. The want for technology skyrocketed to help with the modern system and also to export as goods.

Lamentably, Japan is a land left scarred by the Atomic Bomb attacks of World War II. At least 226,000 innocent people died in the four months following and an uncountable number more in the aftermath. This no doubt contributed more to an already homogenous society in which immigration is extremely low. 98.5% of the ethnic population are Japanese and, “Only 2% of the workforce is foreign compared with 17% in America.”

A large majority of this population is elderly and/or retired as the Japanese people boast the second-highest life expectancy in the world (behind Hong-Kong) due to clean living (notably a healthy diet) and health-care. The average life expectancy of a Japanese woman is 87 years old which is of course a positive and impressive statistic in today’s world but one which has created challenges.

Check out the article on Ubasute, a legacy of Japan’s folklore, which literally means ‘abandoning a parent’.

The problem – a demographic time bomb – and how did it happen?

As Business Insider states, ‘Demographic time bombs are hard to diffuse.’ This is the case in the state of Japan where a Demographic Time Bomb has been ticking since the conclusion of World War II. Damning statistics have arisen in which a population of 126 million is set to plummet to 83 million by the end of the century if the current trend does not subdue. It is a precedent that is unmatched in history.

“Population decline is hitting especially hard in rural and regional Japan, due to a high pace of migration to Japan’s cities, as well as rapid ageing. In northern prefectures such as Aomori and Akita the population is falling by more than 1 per cent a year. In some villages almost nobody is under the age of 70….”

Today, the Global Economic Forum reports the birth rate to stand at 1.4.

There is a shortage of births, therefore a shortage of young people and a shortage of workers. Last year, there were 161 jobs for every 100 job-seekers. Contributing to this is a lack of desire to work as well as the amount of robot workers. How did this come to be?

A guide in Japan remarked on Japan being a politically right-wing dream. In this sense the inhabitants are pushing and pulling in the same direction, growing up with the same values. It is extremely difficult to understand why these features – when done so well – cause problems (especially from an outsider) but in one sense it has.The qualities present in the majority of Japanese people are something that is drilled into them from an early age with hard work and long hours. This is transferred from the school to the work place creating a country with one of the longest working days in the developed world. Steps have been taken to stop workers from working too much for instance. It has created somewhat of a dejected workforce in the sense that economic problems have resulted. Such a homogenous and loyal citizenship are perhaps too subservient to demand a change.

One argument is that the people have an extremely proud and responsible mindset, giving the island nation an extremely low crime rate for instance. This responsibility has led to the country having the lowest fertility rate in the world as people are not prepared to risk poverty with children or risk the stress it could present. With long hours in work coupled with a low salary, many couples are not prepared to suffer. Essentially, society became somewhat disillusioned. It contributes to the problem as the population spends less money, primarily due to not having enough expendable income. The possibility to support a family disappears and domestic consumption sinks even further.

“The daily constraints have made for a worrisome trend. Japan has entered a vicious cycle of low fertility and low spending that has led to trillions in lost GDP and a population decline of 1 million people, all within just the past five years. If left unabated, experts forecast severe economic downturn and a breakdown in the fabric of social life.”

It is a frustrating thing, that this has befallen Japan. That the Japanese government and their civilians have done everything to create an almost utopian civilisation with a staggeringly low amount of crime, incredible cleanliness and one of the highest rates of employment. Yet now they have found themselves in a crisis, after maybe asking too much of their beleaguered citizens. So what solution does the Prime Minister Shinzo Abe and his advisors have instore to save Japan?

The Japanese government is discussing a number of methods to improve the birth rate but to do this they first have to tackle the low-employment rate. The first and obvious solution is immigration which would threaten traditional Japanese values. These would be low-skilled immigrants in which, “… Japan’s parliament is debating a bill to allow thousands of… into the country, to work on farms, on building sites and in nursing homes.”

A reverse would be promoting more of the elderly to work by increasing the pension age. Other policies would be directed at women, making it easier for women to work and have children. More woman than ever have chosen the career route in Japan but it still remains a male-dominated society. Free education, day-care and increased maternity leave are some of the projected implementations.These labor and child-care in tandem policies have worked in a town called Nagareyama where,

“As the city’s mayor, Yoshiharu Izaki’s first strategy was to provide an innovative solution to young families’ childcare needs, by setting up a nursery transit service near the main train station.”

That will not be enough for everyone however.

Ultimately, creating a more appealing workplace for both sexes is the key, something which has deterred workers in the past. Automation will be increased even more with robots a constantly willing workforce. These options would mean that the anti-immigration state of mind would persist and remain closed to workers coming into the country. Initially, this would produce a smaller, welfare state forcing Japan to be weaker as a geopolitical force as they lack internal resources, relying on mineral export from abroad. In the long term however, they would use this along with family planning to free up more resources and policies for young couples, in an attempt to stimulate families.

The future of Japan is uncertain due to these alarming demographics and much change will need to take place in a country that has changed in the past – but a long time ago. The government has a big task on their hands and many eyes will focus on Japan to see the outcome of a modern population problem, one which is unparalleled in known history. The focus seems to be on increasing the number of births as opposed to learning to deal with fewer people. For this reason, for the foreseeable future, Japan will hope to be known as the Land of the Rising Sons… and daughters.

Previous Article
Bibi ka Maqbara: The Taj of Deccan, Which Like the Original, Tells the Tale of Eternal Love
Next Article
Colossus Computer: A WWII Era Cipher Machine was the First-Ever Programmable Computer