Seeing is believing. A ‘fake’ seen from distance may appear as true. That’s camouflage, a potent of warfare tactic. What appears as a tree from distance may actually be a gun-toting soldier with a finger pressed against the trigger. Vehicles painted with mud may appear as earth’s landscape to the enemy’s reconnaissance aircraft. The side that fools the opponent, wins.

The US Army used this strategy during the Second World War by way of 23rd Headquarters Special Troops (Ghost army). It was camouflage on a mega scale. The objective was to appear jumbo and jarring on the surface and being quick-footed at the same time. They accomplished this by using inflatable phantom paraphernalia. 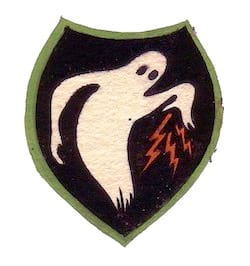 The Ghost Army tactical deception unit was activated in June 1944, it consisted of civilians drawn from mainstream society. They planned and executed fake army drills and manoeuvres to trick the enemy into attacking them and then disappear in the nick of time. Even camouflage would be thoughtfully exposed so that the enemy could mark them and boast of finding a kill.

Ghost soldiers were outstanding intellectuals selected from art schools, advertising agencies and diverse academic and professional fields. They channelized their talent to hoodwink enemy ranks and thereby assist their mainstream defence forces. By their antics they made the enemy vulnerable in more ways than one and gave the killing edge to friendly-side.

Sample this. Weather is stormy and a rumble is heard of a chain of tanks closing in on enemy line. Rattled enemy encircles it and rains bullets only to find that tanks were made of inflatable rubber and the sound that came was pre-recorded track; recorded in similar weather conditions. Weather specific sounds tracks for infantry and artillery units were also played to fox the enemy as per the demand of time and space.

Though Ghost Army was not a part of the United States Army Security Agency (ASA), its operations were similar to those performed by the ASA. The ghost army carried out 21 missions with diverse deceptions techniques. Many iconic personalities of that era, like Ellsworth Kelly, the Painter; Olin Dows, Artist and a personal friend of US president; Harold Laynor, Artist; Bill Blass, the fashion designer; Douglas Fairbanks Jr., the movie star; Hilton Howell Railey, the journalist and public relations officer; George Diestel, the Hollywood set designer and Art Kane, the fashion photographer, were part of this iconoclastic army.

If deception became a military tactic with Greeks planting wooden (Trojan Horse) into the city Troy, it peaked to perfection with Ghost Army. Though generally effective, tricks of Ghost Army getting exposed wasn’t uncommon. Like strong winds pushing rubber cannons to point in the direction of friendly force, rather than towards enemy line. Likewise, dummy aeroplanes wilting to the heat of the sun, gun barrels limping as filled in air expanded to the heat of the sun and punctured toy wall. In spite of such caveats and give away, ghost soldiers did a remarkable job.

The radio counterintelligence was executed to perfection. A troop commander had moved out of the area along with his entire unit but a mimicry artist of the Ghost Army who mimicked his voice, along with rattle of fake weaponry and equipment, fooled the enemy into believing that the commander was still present.

Theatrics are performed of a drunken brawl between quarrelling soldiers which enemy interprets as actionable intelligence, became a clever booby trap on German Army. Using luminescent canisters as cannon fires, arranging bonfires, hanging clothesline in stretch devoid of manpower, leaving customized wheel marks on the ground to suggest the movement of vehicles or tanks even as no such movement actually happened, erecting sham buildings as a military base and dropping dummy parachute to distract attention from real ones were some of the notable activities of these beguiling forces.

Operation Brest of 23rd Headquarters Special Troops, conducted outside the French Port City in August 1944 is worthy of mention. The objective of the operation was to fool Germans into surrendering their port city. The visible strength of American tank unit was upped many times over the actual by use of artificial light and sound effect.

Dummy weaponry, fake radio stations and a host of misleading makeovers were brought into play. A sham of artillery was created by firing flash canisters. Real armament was also displayed to add substance to show. The Ghost Army made thrust up to 500 yards of enemy line on three consecutive nights. Custom made sounds of approach and retreat of a well-armed infantry unit were played full blare.

This unnerved German troops, and pleasantly surprised friendly troops camping a mile away. Gibberish on loudspeakers was a cocktail of orders, counter orders and frenzied cuss words. Exasperated Germans repeatedly fired at lights flashed by batteries. Herman B. Von Ramcke, the German Commander at Brest, admitted he was almost taken for a ride.

Nevertheless, he stood his ground and refused to be tricked by the Ghost Army. But leading a force of 38 thousand men against a fake assault was no valour either. No wonder, by mid-September, Brest fell to Allied forces.

Ghost Army was disbanded in September 1945, without publicly acknowledging the service it rendered. Reason being that Ghost Army was classified as ‘top secret’ undercover operation. Nevertheless, the 23rd Headquarters Special Troops is a glorious chapter in the history of the US Military. A chapter exemplary innovation and devotion of a unique force that served Allied forces during World War II.