Built by Lockheed, to carry out long-range, strategic reconnaissance missions— the SR in SR-71 stands for strategic reconnaissance— the Lockheed Blackbird SR-71 was in operational use from 1964 to 1998. At this point, since the enormous expense of building and maintaining these planes became untenable for the United States government, the Lockheed Blackbird SR-71 was retired from service.

In late 1957, the CIA and defense contractor Lockheed first discussed the possibility of building an aircraft that was virtually undetectable by radars. The United States could then use this aircraft to spy on its enemies with complete impunity. They decided to call the project Archangel and Lockheed’s Skunk Works Division in Burbank, California, began work on it in 1958. 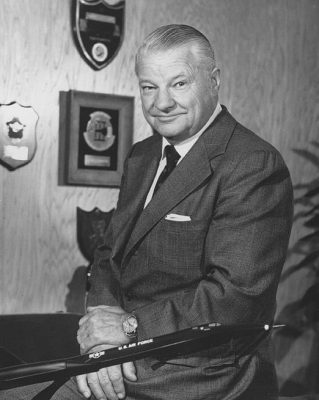 The head of the Skunk Works Division was an aerospace engineer named Clarence “Kelly” Johnson, and he was the one that came up with the innovative design for the new plane, the A-12. He and the other aerospace engineers took over 10 months and a total of 11 design reiterations to come up with a final design version. The first plane they built was the A-10, but it turned out that its design didn’t render it undetectable on the radar. So, they went back to the drawing board in March 1959 to modify and refine the design and came up with a new A-12 version that had a 90% reduced radar cross-section.

The CIA approved of the new design and gave Lockheed the go-ahead to build the planes. Granted a budget of US$96 million on 11 February 1960, Lockheed began work on building the new A-12 reconnaissance planes. That same year, in 1960, the American pilot, Gary Powers, was famously shot down and captured by the Russians for flying a U-2 spy plane over Russian territory. The lesson the CIA took from this incident was to build faster, more undetectable planes like the A-12 and subsequent SR-71. 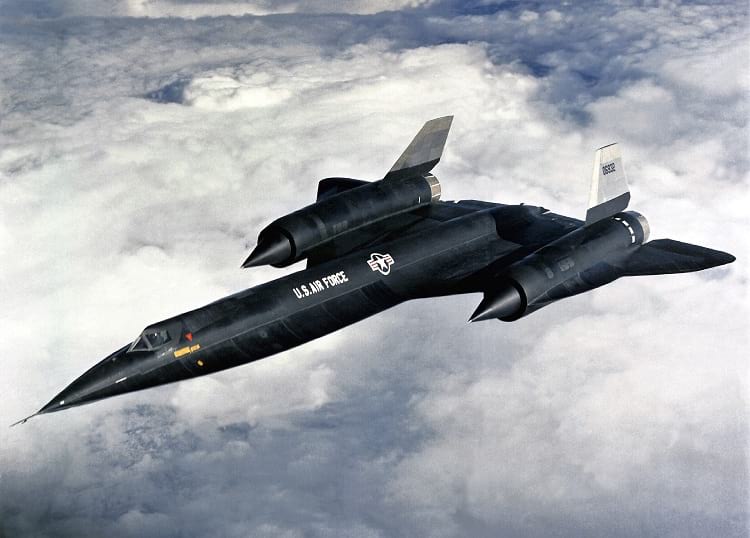 Lockheed eventually built 13 A-12 planes and the two A-12 variants, the YF-12 interceptors and the M-21 drone carriers. They flew the first A-12 on 25 April 1962 at Nevada’s Groom Lake. It was manned by only one pilot and was equipped with a camera and reconnaissance instruments.

Powered initially by the Pratt & Whitney J75 engine and later the Pratt & Whitney J58 engine, the A-12 surpassed the speed and altitude of the U-2, a reconnaissance plane that Lockheed had previously built for the CIA. Also, the Lockheed A-12 reconnaissance aircraft was the first plane in the world to be built with a reduced radar cross-section. American pilots flew these planes over Vietnam and North Korea. The SR-71 was developed from this design. And it was the development of the far better SR-71, as well as budget concerns, that led to the United States government cancel the manufacturing of more A-12 planes on 28 December 1966. 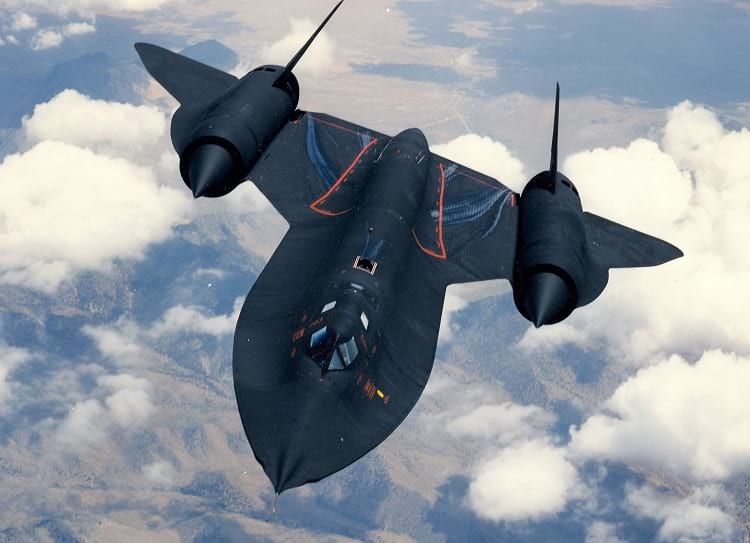 Under Clarence “Kelly” Johnson’s direction, Lockheed’s Skunk Works Division built and flew the first SR-71 on 22 December 1964. Design-wise, the plane was a vast improvement on the A-12. To render it undetectable on the radar, the designers equipped it with a light aircraft’s radar cross-section and an anti-radar iron ferrite coating. Furthermore, they built the plane with an aluminium internal airframe, titanium skin, and asbestos and epoxy vertical rudders and edges. This made the SR-71 virtually undetectable on the radars of the day. Or, if the radars did spot it, they took it to be a small and insignificant object. It also helped that the Lockheed SR-71’s entirely black body—which prompted the Blackbird nickname—melded well with dark skies. Furthermore, the plane’s materials allowed it to fly at very high altitudes and, at the same time, withstand the high temperatures that its incredible speed generated. The pilots had to wear specially designed flight suits—the David Clark Company’s Model 1030 pressure suits— to survive the intense pressure at altitudes of 85,000-90,000 feet. The crew of Lockheed SR-71 in their pressure suits. (Jim Ross / NASA)

Lockheed built 32 SR-71 planes in total. Out of these, the United States Air force lost 12 to accidents. None of the SR-71 planes were ever downed by enemy fire. The SR-71’s capability of flying at high speeds and at high altitudes made it possible for it to fly faster than any surface to air missiles that were fired at it. One plane was almost hit by a missile on 26 August 1981 over the demilitarized zone between North and South Korea but managed to evade and out-fly it.

The SR-71’s speed made it the fastest plane in the world, breaking the record that had previously been held by the Lockheed YF-12.

To date, no other aircraft has surpassed the SR-71 in speed. Most people find it surprising that, given the many technological advantages of the Lockheed Blackbird SR-71, that the United States government eventually retired the plane from active service. The government, of course, had valid reasons for doing so.

First of all, with the development of advanced and less expensive satellite technologies as well as swifter missiles by the Russians, the SR-71’s speed was no longer going to render it as invulnerable as it once was thought. Also, it was very expensive to fuel, operate, and carry out the regular maintenance of the SR-71. According to some estimates, if you counted all the costs involved, it cost the United States government about $200,000 to fly the plane for an hour. An SR-71 that was being used by NASA. (Matt Morgan / Flickr)

Since the expense of maintaining a fleet of SR-71 was untenable, the United States government retired the aircraft in 1990. It was briefly brought back into service between 1995 and 1998 by Congressional order, and NASA used it for research missions in 1999. However, the era of the Lockheed Blackbird S-71 was past and it was soon permanently retired.

Previous Article
Rosalia Lombardo: The 8,000 Skeletons, 1,252 Mummies and a Fallen Angel Who Rest Within the Catacombs of Capuchin
Next Article
The Jewel of Manipur: The Loktak Lake is the Only Floating Lake in the World